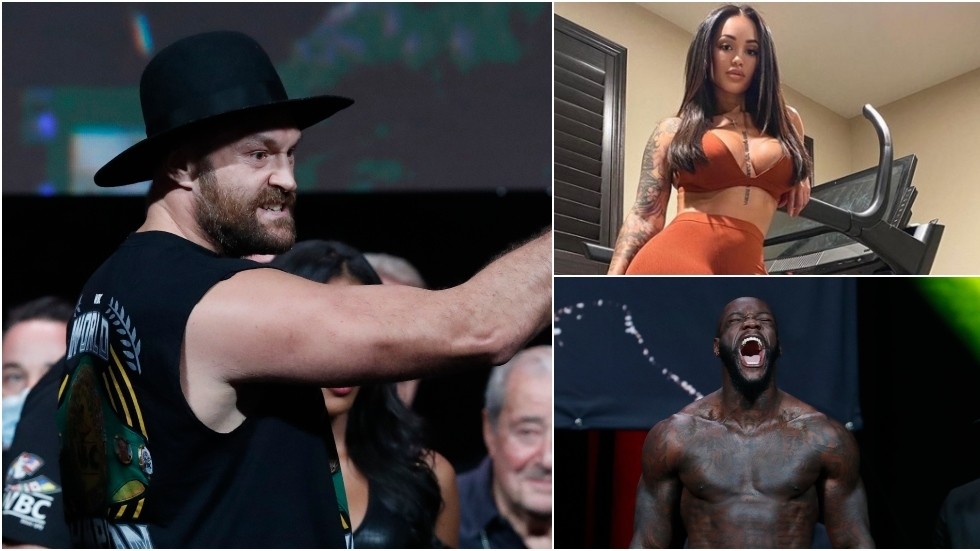 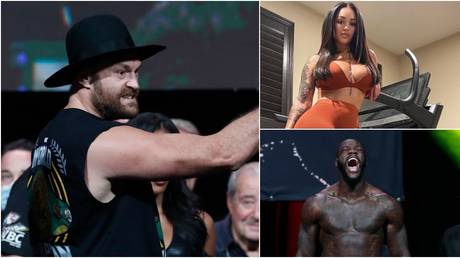 Both Tyson Fury and Deontay Wilder are banking on their power ahead of their trilogy fight late on Saturday, as both tipped the scales with the heaviest weights of their careers at a testy weigh-in in Las Vegas.

Fury will walk to the ring with a near 40lb advantage over his American foe after ‘The Gypsy King’ weighed in at a massive 277lbs for the clash on Friday night.

By contrast, Wilder registered 238lbs on the scales – a figure which is significantly up from the 212.5lbs he was for the first meeting between the heavyweight behemoths in late 2018.

Their respective weights seem to indicate that adding ballast to their punches has been a key component of both fighter’s preparations – but with Fury once again promising the type of no-holds-barred, walk-forward approach honed by the type of aggressive training he surrounds himself with at the world famous Kronk gym, the WBC heavyweight champ says that Wilder will know early into the fight that the size of task staring him down in the ring is too much for him.

“Look at the state of him,” Fury ripped Wilder for the benefit of the watching media. “His heart’s rattling now. His balls have shrunk up inside of him. There’s a man here that’s going to annihilate you, dosser. Me. The Gypsy King. Tyson Fury’s the name and f*cking fighting’s the game.

“I can’t wait for Saturday night. I’m going to really severely damage him. He’ll be unrecognizable after the fight.”

Fury was decked out in WWE star The Undertaker’s trademark wide-brimmed hat after he received a message of support from the wrestling legend, with Fury issuing a heartfelt note of thanks after noting the support of ‘The Dead Man’.

“This one’s for The Undertaker,” Fury said. “I’m hear today in your hat, sir. I’m going to smash him and I’m going to say ‘rest in peace’.”

Fury’s pre-fight words seem different to the types of histrionics we usually hear thrown about at ceremonies such as this, namely because he has walked into this particular fire on two previous occasions.

The first saw him survive Wilder’s much-vaunted power, and the second showed his ability to walk down the sport’s biggest puncher and bully him until a stoppage presented itself.

And Fury says that he expects more of the same.

“It means total obliteration of a dosser,” Fury said of his decision to weigh in heavy. “277lbs. I’m going to put him in the royal infirmary after this fight, don’t worry about that.

“Nothing. It’s one sh*thouse teaching another sh*thouse how to fight,” Fury said when asked about the influence of new trainer Malik Scott (who Wilder has previously knocked out) on his camp.

“Both are proper losers and both aren’t worth a sausage. He can’t teach him anything.”

But more than reciting some of the age-old boxing tropes we are often subjected to a glitzy events such as this, Fury offered a more stark opinion of how he expects the fight to reach its conclusion.

“With him severely hurt on the floor, smashed to hits,” said Fury. “He was complaining last time that he had a cracked skull and an injured arm.

“His little pretty wife won’t recognize him down there. I’ll send him home butchered like a butcher’s block.”

Wilder, though, is no stranger to high profile blinking contests such as this and refused to be draw in to a debate on how Fury’s frame might again cause him problems.

“I’m bench-pressing over 350 so no matter what weight he’s coming in, I can lay on my back and lift him,” Wilder said. “So it won’t be none of that rushing me and putting all this weight on me.

“We have rejuvenated myself. We reinvented myself. Redemption is upon us. And I can’t wait to show the world what I’m all about. I’m reintroducing myself to the world as Deontay Wilder.”

Wilder, Malik Scott and the rest of the so-called ‘Bomb Squad’ will be hoping that this new iteration of the “reintroduced” Deontay Wilder casts something of a different shadow to the one we saw this past March.

Anything less, you suspect, and the American’s pursuit of redemption at the sport’s highest level might well be over before it begins.