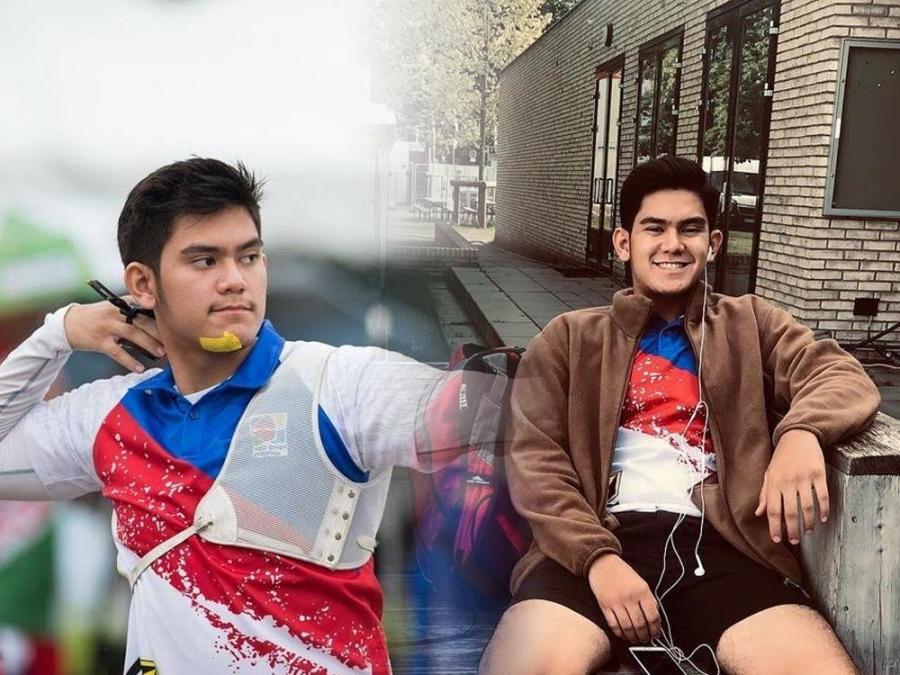 Showbiz icon Kuya Germs, or German Moreno in real life, must be smiling down from heaven as his grandson, Gab Moreno, finally entered showbiz.

He is set to debut on his first ever show, a telemovie called “The Signs,” which is part of weekend anthology series ‘Regal Studio Presents.’

“Sobrang nag-enjoy po talaga ako. Actually, nalungkot nga po ako noong natapos na, pack up na. ‘Ah tapos na, sayang!’ I hope I get to work with them again,” he shared in an interview with GMANetwork.com.

Before trying his hand at acting, Gab is a multi-awarded athlete and champion archer.

He has represented the Philippines in the 2014 Youth Olympic Games and took home a gold medal for mixed team archery.

He is also a bronze medalist at the 2017 SEA Games.

Gab’s dream role is to be a leading man in a period drama.

His dream leading lady is Kapuso star Sanya Lopez, whom he has known since she was a newbie herself.

Get to know more about Gab in this gallery: