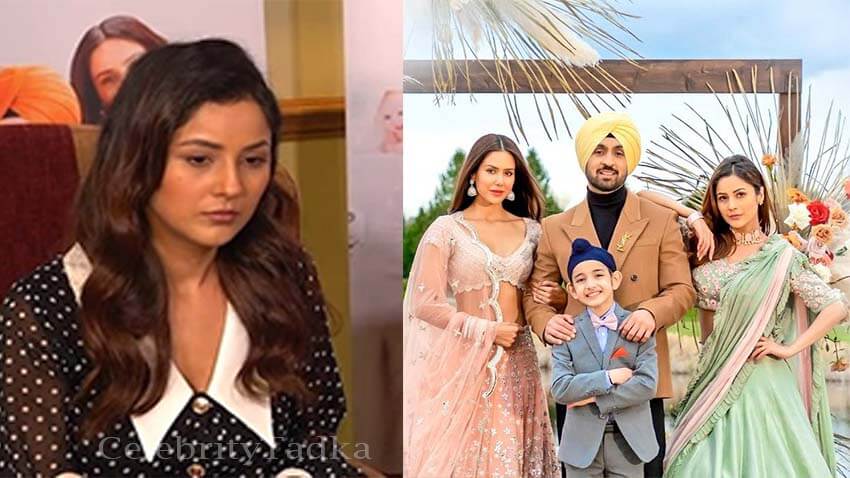 Bigg Boss 13 fame Shehnaaz Gill, who is away from social media or any public appearance since the demise of her close friend and actor Sidharth Shukla, has recently joined Diljit Dosanjh and Sonam Bajwa for the promotions of their upcoming film Honsla Rakh. Yesterday, Diljit Dosanjh had shared a fun video on his Instagram featuring Sonam and Shehnaaz. And now, a press meet video of film ‘Honsla Rakh’ going viral on social media that have Diljit, Shehnaaz and Sonam.

In the video, the reporter seen interacting with Diljit, Shehnaaz and Sonam about their upcoming film. While Shehnaaz look bit lost in the video, Sonam and Diljit seen doing fun chat to bring smile on her face. Both the actors seen supporting Shehnaaz during the interview.

Have a look at the video right here:

Ngl Someone cried , may or may not have been me 😭@ishehnaaz_gill cutiee you are a baby yourself love😖❤️

Honsla Rakh is produced by Daljit Thind and Pawan Gill along with Dosanjh himself. It is directed by Amarjit Singh Saron and written by Rakesh Dhawan. The director of photography (DOP) is Baljit Singh Deo. The film is shot in Vancouver, Canada. Fans are super excited for the film and eagerly waiting for it’s release. The trailer and two songs of the movie have already been released and it is receiving great response from audience. The film will release on 15th October, 2021.