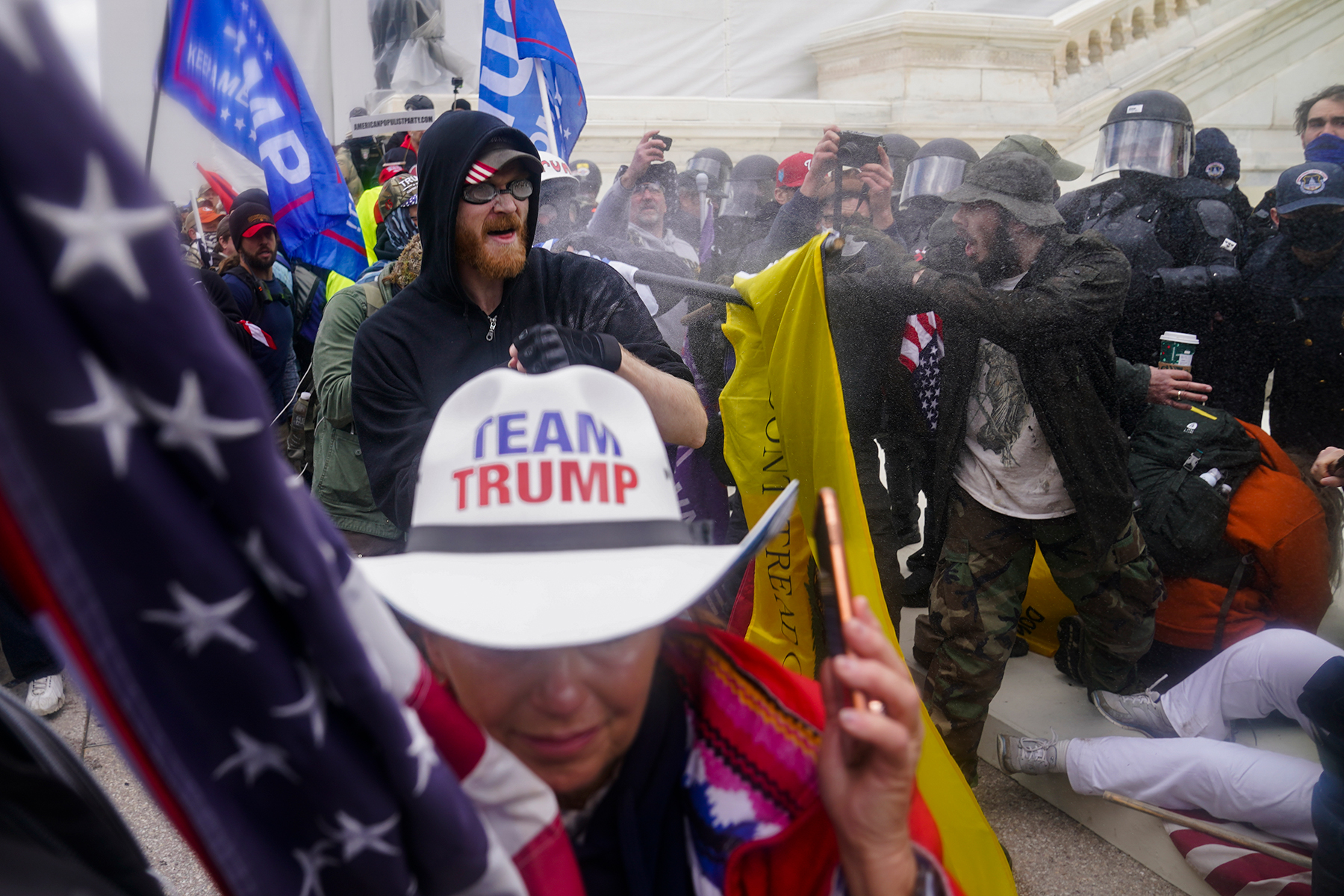 This is probably something the 53-year-old from Bloomington, Indiana, should have thought about before allegedly breaking into the United States Capitol on January 6th. Now, Bissey is one of at least 660 people who have been charged for their potential involvement in the insurrection. She’s staring down a prison sentence — and desperately pleading with a judge to give her 18 months of probation instead.

Her latest push for leniency, as NBC4’s Scott McFarlane uncovered on Friday, centers around the idea that Covid-19 has wrought havoc on the prison system. “She is extremely likely to suffer severe illness or even death” should she be incarcerated, Bissey’s lawyer wrote, adding that “she does not deserve to die for her bad behavior on January 6th.”

There’s a pretty big issue with this argument, though, as Bissey’s lawyer felt obligated to note: “Certainly, Ms. Bissey has not helped her chances of fighting the virus by remaining unvaccinated.”

Jan 6 defendant seeks mercy, asks to be spared from jail … arguing COVID-19 is rampant in jail and could threaten her safety

Then… her defense acknowledges defendant “…has not helped her chances of fighting the virus by remaining
unvaccinated” pic.twitter.com/N7ha8bIOew

Bissey’s argument that she could die from Covid-19 in prison is only the latest in a string of appeals to the court. Her lawyer also argued that Bissey has been “chastised on the street,” and that she had to relocate her salon because of a “drop in clientele” and economic hardships brought on by the pandemic.

As McFarlane pointed out earlier this week, Bissey even sent the judge a handwritten letter laying out that she’s about to be a grandmother, that she’s a “God-fearing, country-loving, law-abiding patriot,” and that she has attended several of Trump’s rallies without incident. “I am deeply saddened by the events that transpired on that day, and deeply remorseful that I will forever be associated,” she added of January 6th.

Bissey’s attitude seems to have changed only as she’s realized there are, in fact, consequences to participating in a mob that forcibly storms a federal building. Court documents include screenshots of several social media posts in which Bissey gleefully recounted her experience at the Capitol prior to her arrest in February.

“It was a day I’ll remember forever,” she wrote on Facebook on January 7th. “I’m so proud I was a part of it! No shame.”