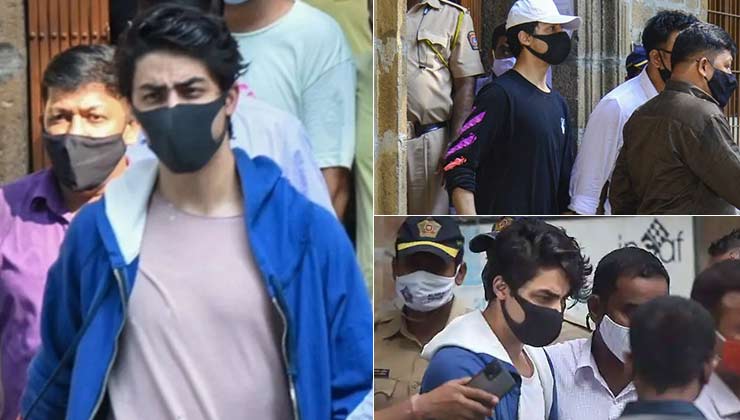 Aryan Khan was taken in by the NCB on October 2 night when he was caught in a raid on a cruise ship at the Mumbai coast. On October 3, Aryan Khan, Arbaaz Merchant, Munmun Dhamecha and others were taken into judicial custody in a drug case. Aryan was among the 8 who were taken in, in the drug bust. Aryan was then detained and questioned for hours on October 3 by the NCB. Aryan has been booked under 27 (punishment for consumption of any narcotic drug or psychotropic substance), 8C (produce, manufacture, possess, sell or purchase of drugs) and other relevant provisions of the Narcotics Drugs and Psychotropic Substances Act (NDPS).

Aryan was presented in court on October 3 evening where he was represented by Satish Maneshinde. But there was no bail then and he was remanded to NCB custody till October 4. Post which on October 4 the Esplanade Court also sent him in custody of NCB till October 7.

On Friday, Additional Solicitor General (ASG) Anil Singh began his arguments around 1 pm and stated that the magistrate’s court does not have the power to give a decision on the bail pleas. This is because the bail pleas in this case are only triable before the special NDPS court.

The magistrate then in its order stated that the case will be transferred to the special court because it has its jurisdiction. The ASG argued, “I am not opposing their right to claim bail, I am challenging bail being filed in this court as it does not have the jurisdiction to hear the pleas.”

But the defending lawyers of the accused said that the court could decide on the bail pleas as it had the powers to hear their remand. Singh then argued that the should court should first decide based on the maintainability of the applications before hearing on merits. Later the court then heard the arguments on merits and maintainability both.

Lawyer Satish Maneshinde, representing Aryan Khan at his bail hearing, said the NCB did not have any material against Khan and said, “Nothing is found on him, not even an ounce. Yet, so much capital is being made out of this. I thought they (NCB) will take a lenient view as there was nothing found on him. On his first remand, I had conceded to being given one-day custody. I did not raise the issue of bail. Even if people with him are found with drugs, there is no material to link him to them.” But NCB opposed that Aryan is an influential person and if he gets out he may temper with the evidence and influence witnesses. “Merely because a person belongs to affluent family it cannot be said that evidence will be tampered with. What influence have I used? I am suffering for 6-7 days. People roaming free with much serious offences. I am not one of those,” Maneshinde argued.

But finally, at 5 pm additional metropolitan magistrate R M Nerlikar gave a verdict and said that the bail applications are not maintainable and hence rejected.

Aryan Khan has now been sent to Arthur Road Jail with the other accused. Any further proceedings on the case can only happen on Monday as the court is closed on the weekend, till then Aryan will spend his days in jail.

Stay tuned to this space for more updates.

Also Read: Aryan Khan’s custody by NCB, arrest, bail plea rejection and jail: A timeline of what happened when