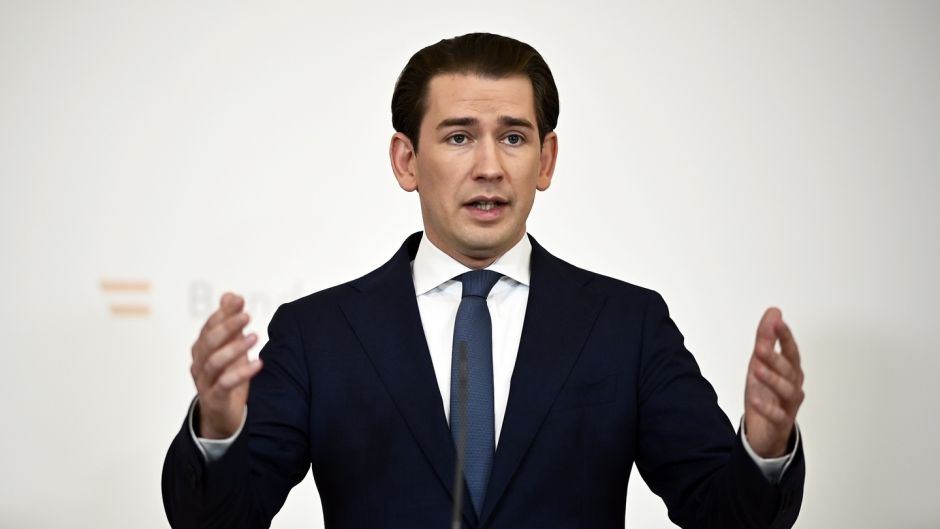 Austrian Chancellor Sebastian Kurz said today he is stepping down after being placed under investigation on suspicion of corruption offences, but he plans to stay on as the leader of his Austrian People’s Party, and to remain as its top politician in parliament.

Mr Kurz denies wrongdoing and had said he was willing to keep governing with his coalition partner, the Greens. But the left-wing party has said the investigation makes Mr Kurz unfit to serve as Chancellor and called on his party to name a successor who was “beyond reproach”.

The Greens began talks on Friday with Austria’s three opposition parties, which have all demanded that Mr Kurz resign and plan to submit one or more no-confidence motions against him at a special session of parliament on Tuesday. For a motion to pass, the Greens must support it.

“I would therefore like to make way in order to end the stalemate, to prevent chaos and to ensure stability,” Mr Kurz said in a statement to the media.

He added that he planned to stay on as party leader and to take over as the leader of its politicians in parliament. As party leader, he was proposing foreign minister Alexander Schallenberg to succeed him as Chancellor, he said.

The Greens have yet to say whether they would accept Mr Schallenberg.

Austrian media reports before Mr Kurz’s announcement had said he would step down only temporarily. – Reuters