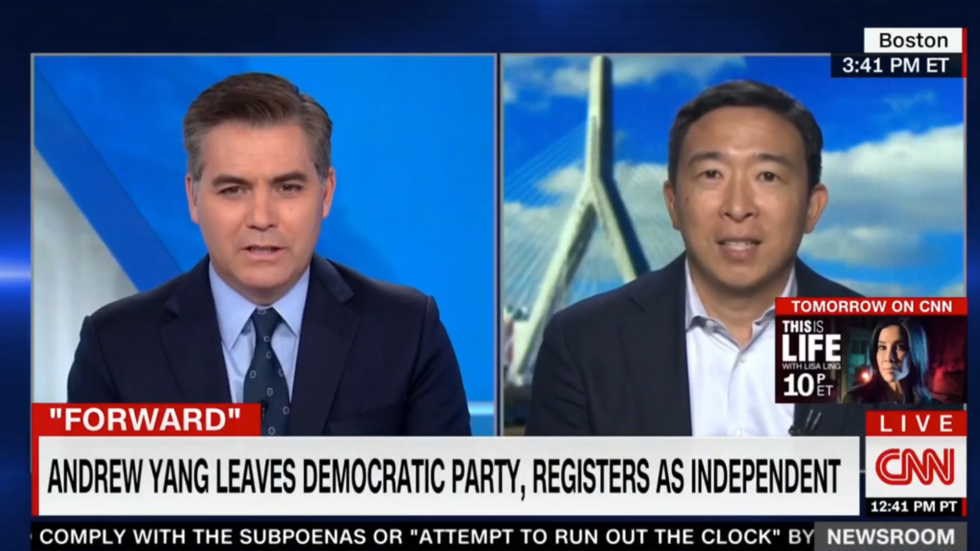 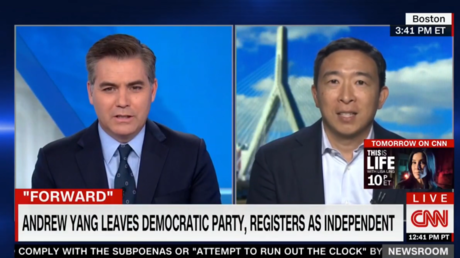 “Tucker Carlson, I mean, let’s just say he’s just a bad person, and he represents so much of what is wrong in television news these days,” Acosta told Yang on Saturday. “You know this all too well: He spouts off white nationalist talking points. So why would you even go on his show?”

The rebuke came after Yang appeared on “Tucker Carlson Today” on Thursday to discuss his decision to leave the Democratic Party and form a new party.

The conversation wasn’t Yang’s first interview with Carlson. He spoke to the Fox News host about the impact of automation on the US workforce while he was running for president in 2019. But with former President Donald Trump out of office and Carlson consistently dominating the ratings with his most-watched cable news show, the mainstream media’s attacks on the Fox host have escalated.

Yang defended his latest booking with Carlson, saying he’s trying to help “take the temperature of the country down” and build a unifying populist movement by reaching out to the controversial conservative’s massive audience.

Also on rt.com
‘No longer being a Democrat is the right thing’: Andrew Yang explains departure from Democratic Party after two election failures

“The goal is to have Republicans who are discontent to channel their discontent in a positive way, and right now, in my view, it’s not going in a positive direction,” Yang said. “I’d like to help change that.”

Skeptical of Yang’s notion that talking to people of differing political beliefs can be beneficial, Acosta asked, “And you think you can bring some of Tucker’s viewers into the Forward Party? I mean, is that what you were trying to do there?”

Yang noted the anecdote of a volunteer whose conservative father asked her for more information after seeing Yang’s interview with Carlson. “That’s the only way we’re going to get through this time,” he said.

The entrepreneur-turned-politician argued that Americans are “teetering toward some version of a new civil war and political violence.” He added, “Unfortunately, incentives are going to make that more likely, not less likely, over time, unless we have a dramatic shift in dynamic. And that’s what I’m trying to provide with the Forward Party. It’s going to involve reaching out to Americans of every political alignment.”

Acosta gained prominence in the liberal circles as CNN’s White House correspondent during the years of the former President Donald Trump administration. He would get combative and spar with the Republican president at press briefings, often shouting over Trump or using his question opportunities to make speeches with Democrat talking points. He was temporarily banned from the White House in 2018 after physically preventing a female intern from taking away a microphone as he repeatedly refused Trump’s demands to let another reporter ask a question.

After President Joe Biden’s election victory, CNN made Acosta a weekend anchor and gave him a new weekday reporting assignment, as the need to challenge the White House apparently ceased to exist.

Political activist David Rothschild argued that Yang is merely seeking attention to sell books and pay his bills. “Same old scam,” he tweeted. Yang replied, “Or perhaps I’m sincere. This is hardly the most practical or efficient way to spend one’s time if economics was your motivation.”

Or perhaps I’m sincere. This is hardly the most practical or efficient way to spend one’s time if economics was your motivation.

Other critics said Carlson’s viewers couldn’t possibly be part of any solution and that Yang deserved to be written off for reaching out to “the wrong person.”

It’s perhaps easy to see why Yang might be swayed by the size of Carlson’s audience, as the host’s evening program averaged nearly 4.4 million viewers in 2020. Carlson averaged 5.4 million viewers in October 2020, a record high. His show remains the highest-rated cable news program this year. As Fox News noted in April, CNN’s Acosta-anchored Saturday program had fewer than 800,000 viewers when he debuted as a host earlier this year, 30% lower than the network’s ratings in the same time slot in 2020.