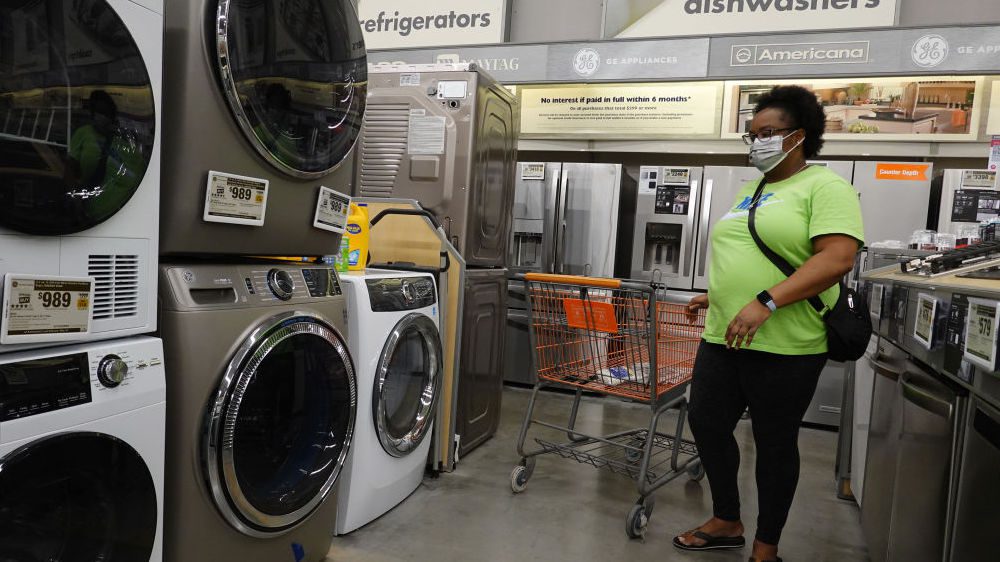 When Deric Bradford’s delivery of a new clothes washer was delayed for several weeks this September, the 43-year-old banker started hauling his baskets of dirty clothes to John Calderon’s place—“like I was a college student,” he said.

The two are friends, but the laundry runs are all business. Mr. Calderon is the owner of Los Angeles-based Advanced Building and Remodeling Inc., which helped Mr. Bradford buy appliances for the Hollywood Hills home he moved into over the summer.

Mr. Calderon and other remodelers and appliance sellers are trying to keep consumers like Mr. Bradford happy in the midst of delays on many appliances. Manufacturing and supply-chain problems have turned household amenities into hard-to-find trophies, leaving consumers and salespeople alike scrambling for workarounds. Appliance sellers are doing double duty as therapists to frustrated consumers, who may find themselves eating cereal for dinner and doing dishes in the bathtub for months.

Jacqueline Feeney, an interior designer, ordered appliances in August 2020 for her new apartment in Rye, N.Y. The delivery dates kept getting pushed back, but she and her husband moved in anyway, making an Instant Pot pressure cooker the center of their kitchen while waiting for their stove. Ms. Feeney, 33, initially used a Yeti cooler to store food, but was eventually able to borrow a mini-fridge from her appliance store, a practice that suppliers said has become common among retailers hoping to soothe customers.

To save refrigerator space, Ms. Feeney said she and her husband cooked only one dinner a week, eating it as leftovers and supplementing with ready-made meals and some takeout.

“It was like playing Tetris to see how many things we can shove into the mini-fridge without the door popping back open,” she said. Their full-size refrigerator didn’t arrive until last month, after more than a year.

Supply-chain problems that slowed production of household amenities after the onset of the pandemic have only gotten worse, manufacturing industry officials say. Producing them got tougher as shortages of steel, plastics, computer chips and labor spread, while space on trucks, ships and trains grew scarce.

Adding to that are delays on piping, cabinets and other needed parts. A shortage of skilled workers means that scheduling plumbers, electricians and countertop cutters has become more difficult.

Meanwhile, rising home prices, stimulus checks, a growing economy and 18 months of at-home activities are leading more people to upgrade their kitchens, designers and appliance sellers said. (It hasn’t all been bad: One retailer’s email about delayed furniture turned into a bonding session for a couple hundred strangers.)

Delivery times for certain models of refrigerators, stoves and dishwashers can be six months to a year out, appliance sellers and designers said. Major domestic producers like Whirlpool Corp. and GE Appliances said supply-chain challenges are resulting in longer lead times.

“We know [consumers] are frustrated,” said Joe McGuire, chief executive of the Association of Home Appliance Manufacturers, a trade group.

Steve Sheinkopf, the head of Boston retailer Yale Appliance, said he has lent out so many cheaper appliances to customers that he feels like he’s running a lending library. His staff has been berated by homeowners missing ovens and dishwashers. He said that he added “combat pay” and threw ice-cream parties and free pizza to try to boost morale.

“We have to take the calls that are less than understanding,” he said. “We feel bad for the people who work here.”

Shea Pumarejo, a kitchen designer in San Antonio, said she has handed out restaurant gift cards to clients waiting on major appliances. “There is only so much apologizing you can do,” she said.

In Los Angeles, Mr. Calderon, 42, said he is trying to manage customers’ expectations, and to connect customers directly with manufacturing representatives to show that he doesn’t have any more information than they do about when their dishwashers will arrive. Still, he feels like it isn’t enough.

“If it wasn’t for Covid, I would go over and do their dishes,” he said.

In Brighton, Mich., Dawn Nabozny said she sometimes wakes up to the sounds and smells of her husband cooking breakfast in the microwave at 5 a.m. The problem, she said, is that their old microwave and hot plate have been in their bedroom since January while their kitchen is being renovated.

“It smells most of the day,” acknowledged Anthony Nabozny, her husband, 47, who works for a coatings manufacturer.

They had to make do without a kitchen sink and dishwasher for several months, so in the evenings, Ms. Nabozny would take the dirty dishes from their dining room through the bedroom and into the master bathroom. She placed the dishes into her walk-up bathtub, added soap and scrubbed away. A drying rack balanced awkwardly on the edge, without enough room to sit fully flat.

“We are leaning over the bathtub washing dishes,” said Ms. Nabozny, a 46-year-old teacher. “It is such a challenge.”

John McClain, a California-based kitchen designer who is 46, said he put together a temporary galley kitchen, including two fold-up tables, a small convection oven, a hot plate and a microwave, while the renovation of his own kitchen dragged on for nearly a year.

His induction stove top arrived a few weeks ago, Mr. McClain said, but he discovered the opening for the countertop wasn’t cut out correctly, so he had to get the countertop cutter to return.

“I’ve pulled every string imaginable,” he said. “I didn’t think it would take this long.”