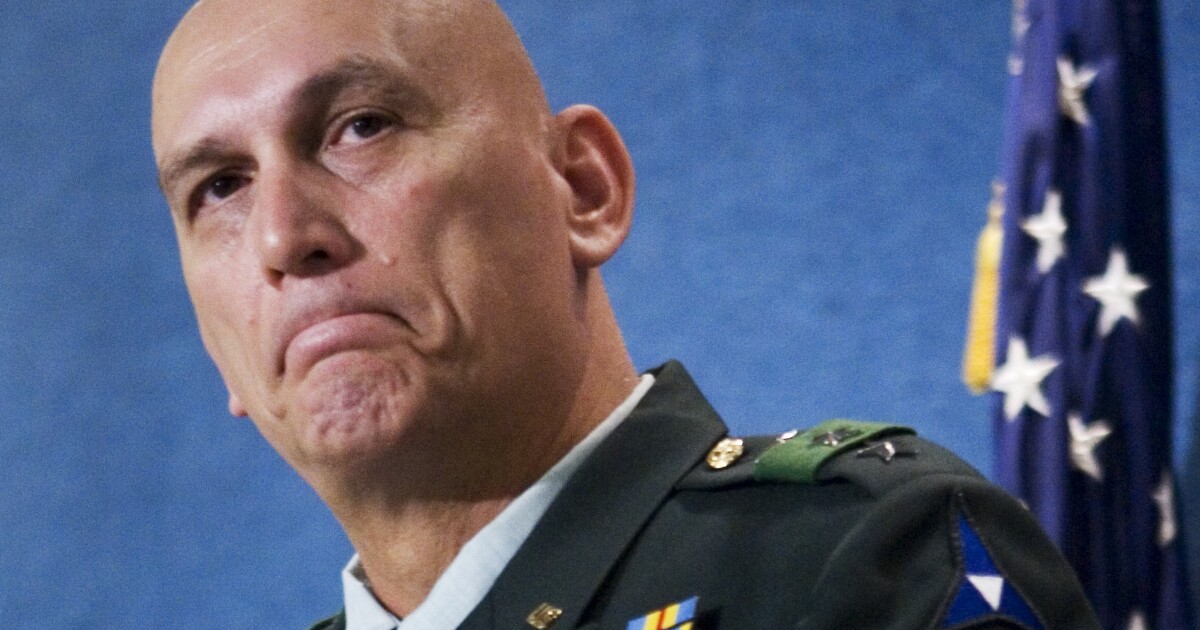 Raymond T. Odierno, a retired Army general who commanded American and coalition forces in Iraq at the height of the war and capped a 39-year career by serving as the Army’s chief of staff, has died, his family said Saturday. He was 67.

“The general died after a brave battle with cancer; his death was not related to COVID,” a family statement said. “There are no other details to share at this time. His family is grateful for the concern and asks for privacy.”

Odierno died Friday; the family declined to say where. It said funeral arrangements were pending.

A native of Rockaway, N.J., Odierno graduated from the U.S. Military Academy at West Point, N.Y., in 1976 with a commission in field artillery. He served in a wide range of Army and Defense Department roles with multiple tours abroad, including in Iraq, Germany, Albania and Kuwait. As a three-star general he was assistant to the chairman of the Joint Chiefs of Staff, a job that made him the main military advisor to the secretary of State.

Odierno served three tours in Iraq, capped by two years, from 2008 to 2010, as the top U.S. commander in Baghdad. He was succeeded in that post by Gen. Lloyd J. Austin III, who is now the secretary of Defense. Odierno served as commander of Multi-National Corps-Iraq from 2006 to 2008.

When Odierno retired in 2015, he was succeeded as Army chief of staff by Gen. Mark A. Milley, the current Joint Chiefs chairman.

At a ceremony marking his retirement from the Army, then-Defense Secretary Ashton Carter described him as a commander whose tenacity and operational savvy gave civilian leaders great confidence.

“His commanding presence calmed the confused, and his courage and compassion helped carry the burden of loss and sacrifice,” Carter said.

Soldiers of his 4th Infantry were involved in the capture of Iraq’s deposed president, Saddam Hussein, in December 2003. That success gave hope to quashing an emerging insurgency, but in 2004 the insurgency gained greater momentum and led to the deadly rise of Al Qaeda in Iraq.

Three months ago, North Carolina State University announced that Odierno had joined its board of trustees. During his military career he earned a master’s in nuclear effects engineering from North Carolina State. He was president of Odierno Associates, a consulting firm in Pinehurst, N.C.