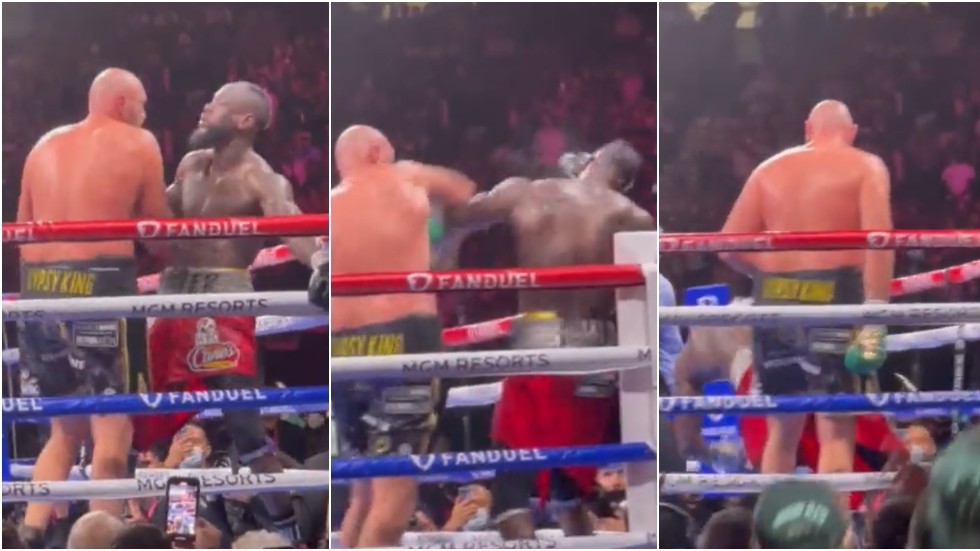 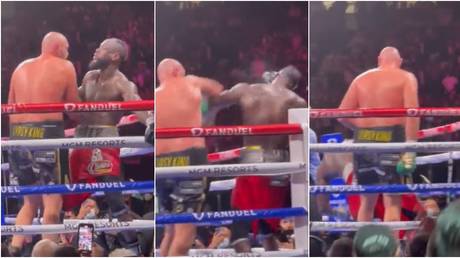 Footage from ringside in Las Vegas has shown the devastating power behind the barrage from Tyson Fury as he pummeled Deontay Wilder into submission in their world heavyweight title fight.

Fury retained his WBC crown with an 11th-round stoppage of his American rival, capping a pulsating fight which was instantly hailed as an all-time classic.

The 6ft 9in British boxer had put Wilder on the canvas in the third round, only to find himself floored twice in the fourth as the fight hung in the balance.

But Fury, 33, exerted himself as the fight wore on, using his superior boxing guile to break down Wilder – putting the Alabama fighter on the canvas again in round 10.

The Bronze Bomber showed remarkable heart to climb to his feet and stay in the fight, but was dazed and confused for much of the closing stages, finally being stopped with a savage salvo from Fury in round 11.

Footage from among the 15,800-strong crowd at the T-Mobile Arena has shown up close just how devastating the decisive shots from Fury were.

Backing Wilder up against the ropes, Fury clubs him with an uppercut and a right hand to the temple, then following it with another vicious uppercut on the inside.

Wilder attempts to stagger clear, but Fury wraps him up, tagging him again with some nasty shots before landing a huge swinging right hand to send Wilder crumpling against the ropes and onto the canvas.

Referee Russell Mora waved off the contest almost as soon as the 6ft 7in American had hit the floor as Fury raised his hands in triumph.

All those jabs in the rounds leading up to the KO made a huge difference, an accumulation of punches turns the big one into the final one. Otherworldly stamina and condition from Fury for such a big man, what a fighter #FuryWilder3pic.twitter.com/7PWbQay8ZH

After earning back-to-back wins against Wilder, undefeated lineal world heavyweight king Fury declared himself the best of his era.

“I have proved time and again that I can never be written off,” declared the Gypsy King.

“I am the greatest heavyweight champion of my era, without a doubt. Number one. If you play with fire long enough you will get burned.”

Fury has now won 31 of his 32 professional fights, the only blemish being a draw against Wilder in their first meeting at the end of 2018.

Attention will now turn to whether the Brit can unified the world heavyweight titles, with the remaining belts held by Ukraine’s Oleksandr Usyk after he shocked Anthony Joshua in London last month.

Joshua and Usyk are set for a rematch, but beyond that, a bout with Fury will likely beckon for the winner.