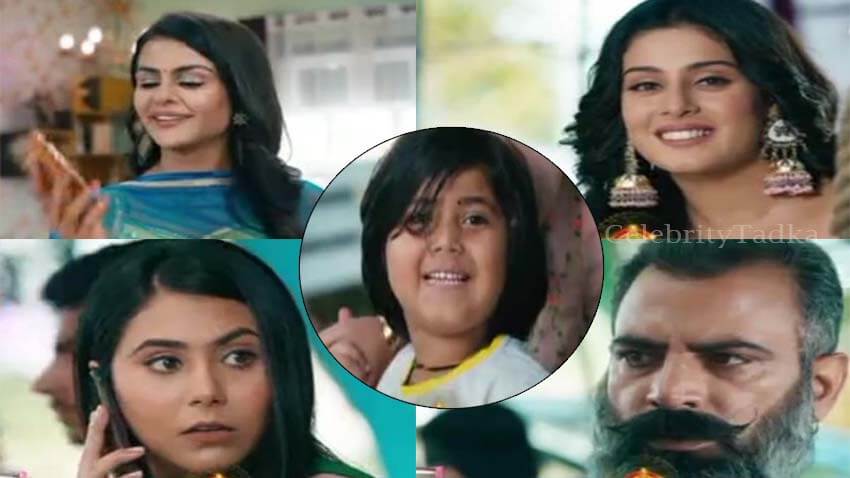 Colors TV show Udaariyaan is grabbing lot of attention for it’s ongoing track. The ongoing track of the show revolves around Tejo, who’s on mission to bring back Simran in Virk house, and Jasmin plotting against Tejo to defame her image and get her out of the Virk house. The show stars Priyanka Chahar Choudhary, Ankit Gupta and Isha Malviya in pivotal roles, who’s playing Tejo, Fateh and Jasmin respectively.

In today’s episode, Khushbir faints and fells on the floor while playing with Candy. Fateh and other family members runs towards the room and get tensed seeing Khushbir’s condition. Jasmin gets scared seeing Khushbir’s condition as she didn’t thought that her plan of overdosing Khushbir’s medicine will get this serious. Family calls the doctor, who reveals that Khushbir fainted because of overdose of medicines. Machchi scolds Tejo for her carelessness and Gurpreet also blames Tejo for giving overdose of medicine and ask her to leave the room. Jasmin gets happy thinking her plan of maligning Tejo’s image in front of the family got successful because Tejo gets scolding from family.

Tejo leaves the room and gets emotional as she was blamed for Khushbir’s bad condition. Fateh tries to console Tejo and tells her that he knows she can never do something like that. Fateh asks Tejo to got to Khushbir’s room as when he will get his conscious back he only search for her, hence she needs to be there for him.

Later, Tejo makes soup for Khushbir, Jasmin comes in the kitchen and taunts her. Jasmin then talks about how Khushbir fainted in overdose of just one tablet and tells Tejo what would have happen if there will be more tablets. Tejo gets shocked that it was Jasmin who overdosed medicine and questions her about the same. Angry Tejo warns Jasmin to stay away from her family and says that if she did anything wrong with her family she won’t spare her.

Further, family prepares for Navratri celebrations and Khushbir asks Tejo to bring Candy and his mother in the function. Now, in the upcoming episode, Jasmin will plan to expose Tejo’s lie about Candy in front of Khushbir. Jasmin will message Simran from Tejo’s phone to meet her. Simran reaches in the fair where Fateh and Khushbir also comes. Candy sees Khushbir and screams calling him ‘Naanaji’. Simran get shocked seeing Khushbir.

Will Khushbir learn the truth that Candy is Simran’s child?

It will be interesting to watch what will happen next in the show.