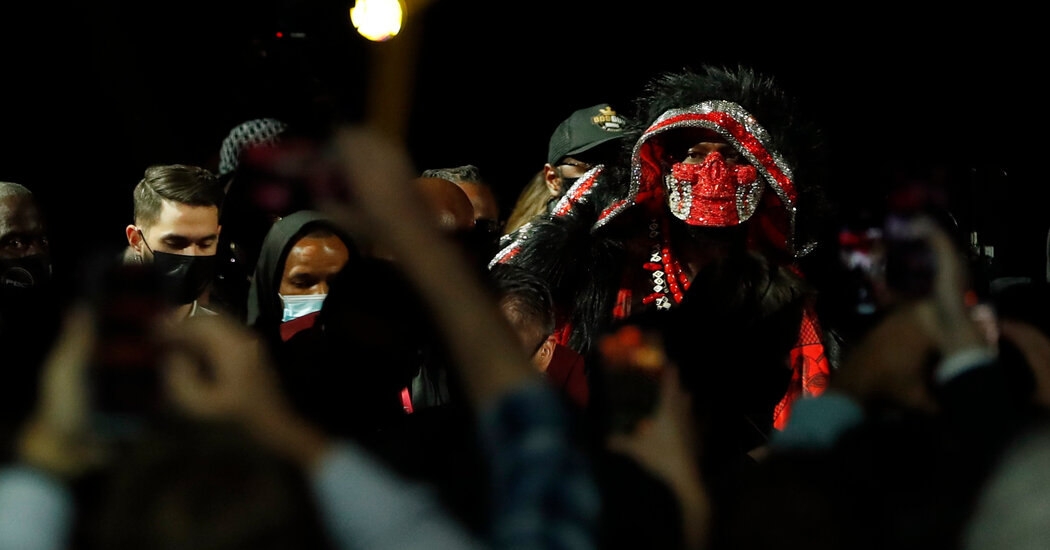 Deontay Wilder continued the trend of entering the ring with an exotic costume. This time, though, instead of wearing a heavy armor set, he wore a red robe and red mask. The robe was accented with black feathers around the hood and a pair of silver wings on the back. Wilder claimed the attire he wore before facing Fury in February 2020 weakened his legs, contributing to the first loss of his career. This fashion choice is definitely lighter, so if he loses, that cannot be an excuse.

Fury also entered the ring in a creative costume, wearing a robe and a gold helmet like a Trojan warrior with a drummer and a dancer leading the way to the ring. After a mini monologue, Fury walked about to the AC/DC song “You Shook Me All Night Long.”

For the last fight, Wilder wore a jewel-encrusted suit that resembled a knight’s armor accented with black skulls. He wore a mask which lit up in red near his eyes and a crown. The set was said to cost $40,000.

He wore similar costumes in the past. In November 2019, he wore a lighter garb with slits to expose his chest with white-and-gold accented shoulder spikes, complete with a mask and crown.

In 2018, before his first fight against Wilder, he wore a similar mask and crown, but diverted from the armor by wearing a feathered robe.