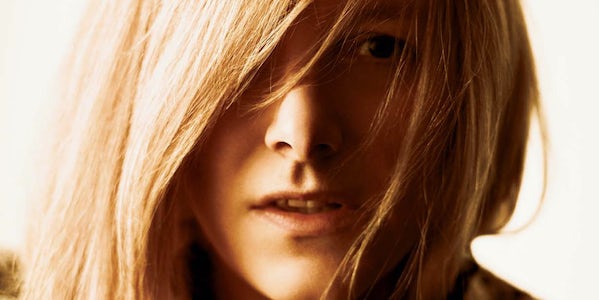 LONDON — When she steps out onto the balcony that wraps around her office in the anonymous highrise which has housed Alexander McQueen’s London headquarters for the past five years, Sarah Burton can see the landmark buildings of the city’s financial district.

She can also see a vast sweep of the sky that domes the planet. It’s not hard to guess which vista captured her imagination during the long months of lockdown. For her Spring 2021 collection, she made a film with cult director Jonathan Glazer, in which her models were bogged down beside the River Thames. For her return to the catwalk for Spring 2022, Burton leaves base mud and water behind and soars to heaven.

Nature has been Burton’s lodestone for seasons now. Drawing on traditional crafts and folklore from all over the UK, she has infused her work with a pagan spirit, manifest in “Anemones,” the lavish book she published for her last collection, in which Paolo Roversi’s portraits painted her models in the saturated blood-red shades of broken blossoms. In the foreword, she spoke about a post-pandemic time for healing, for breathing new life. The sky offers a different connection, something cooler, more primal, vast and implacable, against which clouds are like exhalations. They chase through her new collection, from angelic white to dramatic storm. And that is how Burton sees her women this season, as storm chasers.

It’s an appropriate notion for a brand emerging from the upheaval of the pandemic. Things changed. Burton loved not doing shows.

“It completely shifted the way that I designed. Sometimes when you do a show, it becomes quite overwrought because you know that it’s got to be this sort of thing and all these people are coming to sit and watch it. But now it became, ‘OK, how does she feel amazing? Is the shoulder perfect? Is the waist the perfect fit? Is the volume right?’ It became about a nuance of technically making clothes, rather than ‘OK, what’s this thing we have to have at the end?’. It was liberating.”

She’s absolutely right. Once upon a time, you could sense Burton caught up in details, creating pieces of exquisite beauty that needed air to breathe. Overwrought, as she says.

“Over the last year, I’d ask, ‘How does it move on the body? Is it laboured?’ If it’s laboured, I don’t need it, let’s get rid of it. Maybe it’s beautiful, maybe it could sit on a stand on a mannequin and look amazing somewhere in a museum. But you want someone to wear it and feel beautiful and that’s my job. And that was also about the beauty of having a break from shows. You could study that a bit more and not worry so much about how it was going to look on a catwalk. It was more, ‘How does it look in this room on that woman over there?’ That’s all that really mattered at that point. And actually, that freed up some of the construction, the way that the pieces move. It gave us a lightness.”

The lightness in her new collection is the airiness of clouds printed on taffeta and faille (actually 100 per cent recycled polyester yarns, with all the crispness and seductive rustle of the original fabrics). But there is also the counterpoint of new boxy tailoring, bifurcated by zips. The quintessential McQueen contrast, light and shade. With chunky boots. Burton says her cloudbursts remind her of Lee McQueen’s bleached denim in the Dante collection. Was it really 25 years ago? She has the pictures in her head all the time.

“I think I will always go back to go forward,” she says. “The archive is so huge, the vocabulary is so enormous, every single show, all Lee’s toiles. I never threw anything away.”

There are those decades of incredible shows, Lee’s and hers, calling her.

“McQueen’s always been about a show,” says Burton, acknowledging the siren call. “I actually really loved working with Jonathan on the film because he pushed me for characters. ‘Who are these people? Who is part of the tribe?’ But there is something nice about seeing the clothes. I know you see them in a film but maybe there’s something about being in a room with the clothes that is important. Maybe in a show, it brings it all together as a complete sort of narrative.”

She claims she had to balance that sensible consideration with the freedom she felt while she was designing during London’s lockdowns. “I had to sort of stop halfway through the collection and remind myself, ‘Do it how you were doing it.’ If I had a piece of clothing that didn’t work for a girl that I really wanted to show, I made something for her. So it was like treating it more as an individual rather than it being me. Yes, it is an overall message but maybe it captures the spirit of all these women rather than making them one woman and me inflicting my message on them.”

It might seem basic to say that Burton was consumed by a sense of humanity during the months of pandemic restrictions in London, but the shift in sensibility at McQueen is not only design-related.

“It really made me value people and how hard they work,” she says, “because all of a sudden you’re asking people to work in their houses and make things at home and I think it made everybody connect a lot more. And also realise that when you’re asking for something, don’t ask for ten things, ask for something you really, really want, because that person is in their kitchen and maybe they’ve got children, maybe they’ve got parents they’re looking after. And also it kept them going with something they’re really passionate about doing.”

Burton calls it “internal craft,” the work done by people in the studio, pattern cutters, seamstresses, the guy who steams the tailoring in a certain way. Staging a show in London for the first time in years was a way to celebrate them. It’s also an acknowledgement that community has become a bulwark against an increasingly difficult environment. Collaboration has temporarily supplanted sustainability as fashion’s mot de jour.

“I collaborate every day with Judy, the head of the atelier, with Alessandro who does embroidery, with John Gosling on the music, with Camilla [Nickerson, the show stylist],” says Burton. “The whole process of design itself is not a solo pursuit. And I think that’s really important to say.”

McQueen is saying it through the courses the brand does with universities all over the country, with the Saturday Club in the Bond Street boutique, teaching handcrafts to eight-to-ten-year olds, and with the Brady Centre in London’s Tower Hamlets, where a youth centre that was about to be closed down is now a hub where kids can learn how to put together a portfolio, where women are learning to sew, where there are poetry classes. McQueen has been reconceptualized as a post-pandemic platform of possibilities.

So it gladdens the heart to hear that the brand’s ready-to-wear sales are reportedly growing fast. Burton thinks she knows why. “McQueen has always been McQueen, sometimes it’s a bit Marmite, but it is what it is. It’s a gut thing. We don’t sell what everybody else does, a classic jumper doesn’t work for us. It’s always got to have a silhouette or shape or cut or something about it. And maybe the construction’s become a bit lighter, maybe the fabrications are different.” Then she cuts to the chase. “It is brave and it is romantic. I think it is passionate. And it makes you think. It’s a choice you make when you buy it. They are beautifully made clothes, we like to make them thoughtful. The fit is really important, it’s quite forensic in a way.”

I love to hear the usually shy and retiring Burton talk so forcefully about her work. Remind yourself that Karl Lagerfeld nominated her as a potential successor at Chanel, because it’s not something you’ll hear from her.

At the same time, you can sense the steel. “If you make something that’s quite complex, it’s hard to fault it,” Burton sagely notes the core principle of fashion flimflammery. “If you strip everything away, it becomes much more hard to make it look incredibly beautiful, because it’s all there to see.” The hybrid silhouettes of her 36-look spring presentation are boldly stark: the parachute dress in polyfaille, the exploded trench, the “couture” MA-1, the leather and denim combinations. Their skewed beauty is much more of a challenge than the crystal-raindrop-drenched tulles in the finale. But it’s Sunday, two days before the show, and Burton is still making things up. She’s just added shredded ruffles and a corset to a cape dress. “Let’s make it a veil,” she muses. I’m getting anxious. “That’s my Lee training,” she says, cool as a cuke. “It has to be up to the wire.”

Mastering the McQueen Challenge: How to Grow a Young Luxury Business

Alexander McQueen to Show in London During Frieze Week