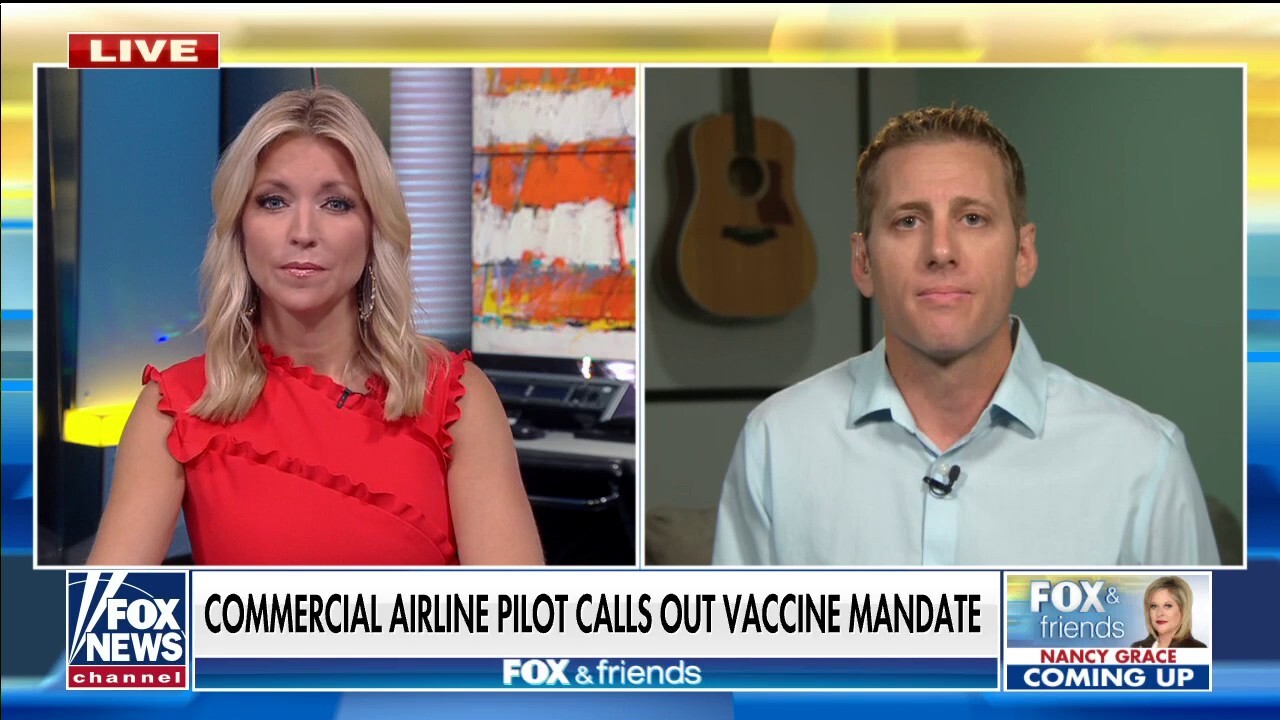 Shawn Walker, a commercial airline pilot, is taking a stand against what he considers an “ultimatum” from his employer.

Walker is being required by his employer – who he chose not to name – to get the COVID-19 vaccine by November 24 or face termination. He said he values the freedom to choose over his career.

On “Fox & Friends,” Tuesday, Walker explained that he is working with US Freedom Flyers, an organization that advocates for Americans working in the transportation industry who have chosen not to get vaccinated for coronavirus.

“My wife and I, we looked at the research, we spoke with our medical professionals and we don’t believe it’s right for us,” Walker told co-host Ainsley Earhardt.

“We believe we have a choice, and we should have a choice. And so we’re going to continue working with groups like US Freedom Flyers to help all Americans who feel an ultimatum is not the right way to go about this.”

Walker isn’t alone. He said that many of his colleagues are afraid as they face the same problem.

“They’re scared,” he said. “Some of them are single dads, and they’re in a situation where they’re like, ‘Man, if I don’t, if I don’t succumb to this dictatorship, if you will, I may not be able to feed my children.’”

Walker pointed out that pilots aren’t the only employees being required to get vaccinated. Every airline employee, including flight attendants, ground personnel and air traffic controllers, will be affected by the vaccine mandate.

He also warned that average Americans who choose to fly with airlines that have a vaccine mandate may soon be required to show proof of vaccination.

TUCKER CARLSON: THERE IS A LIMIT TO HOW FAR YOU CAN PUSH AMERICANS

“There’s [sic] even bills on the table, like H.R. 4980, that’s really going after the passengers. They’re trying to push something through that says all passengers leaving any airport in the US or territory is going to have to be vaccinated.”

The resolution, which was introduced in the House in August, includes an exception for individuals who are ineligible for the vaccine, like children, or those who have a medical reason that would excuse them from being vaccinated.

Walker now faces termination in November, but he considers losing his career a small sacrifice to maintain freedom over personal health decisions.

“My health and my medical choice is more important to me than my career at this point,” he said, hoping to serve as a voice for all Americans who choose not to get the COVID-19 vaccine.