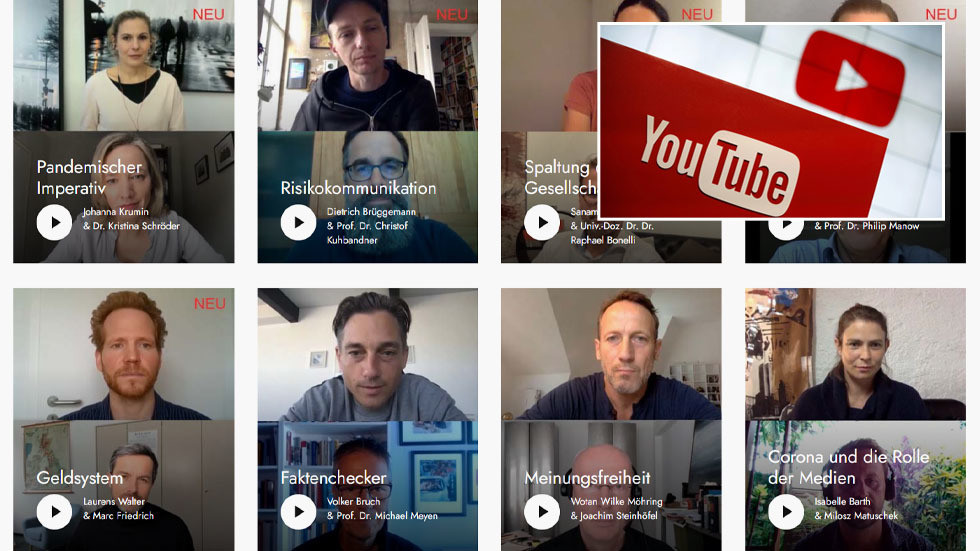 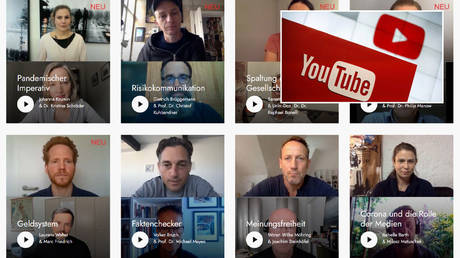 YouTube censorship of Covid-19 debate is a “dangerous encroachment” on the freedom of speech, an editor at top German newspaper Bild said after a German court told the US-based platform to reverse its decision to delete videos.

The preliminary injunction was issued by the Cologne Regional Court in response to a legal challenge filed by the people behind the #allesaufdentisch (#EverythingOnTheTable) online campaign. It’s basically a collection of interviews with various experts and public figures about the Covid-19 pandemic that the initiators touted as a “wide-ranging, fact-based, open and factual discourse” on their website. Some of them challenged the government handling of the pandemic and raised all sorts of controversial vaccine-related issues.

YouTube found two of those interviews unfit for its hosting and erased them. The flagged videos showed discussions with mathematics professor Stephan Luckhaus and the neurobiologist Gerald Huther. The court called YouTube’s move “unjustified”, saying that the platform failed to explain which exact parts of the interviews it deemed in violation of its community rules for health-related content, according to German media.

The explanation of why the videos were deleted was kept pretty vague, claiming that some opinions about the vaccination against Covid-19 went against the scientific consensus. Overall, the videos contained “a large number of clearly permissible statements”, the court said, which gave credence to the plaintiffs’ argument that YouTube had unfairly restricted their freedom of expression. The injunction said the court decision can be appealed.

The #allesaufdentisch campaign was launched in late September and was considered a spiritual successor of a similar #allesdichtmachen (#CloseEverythig) anti-lockdown online movement, which tilted more to satirical content.

Critics say the newer interviews are a mixture of justified criticism, trivialities and “targeted disinformation”, as the daily Die Zeit described it. But many people believe the public deserves the right to see those opinions and judge their validity for themselves, without interference from American tech giants.

Jan Schafer, the political director of the influential German tabloid Bild, hailed the court’s decision, calling YouTube’s increasingly broad use of censorship a “dangerous encroachment” on public discourse in Germany.

Bild was the first to obtain and cover the court injunction on Sunday evening. It remains unclear how much influence the opinion of the German justice system will have on US-based Google, the owner of YouTube.

Last month, YouTube shut down two popular channels of RT DE, the Berlin-based German-language version of RT, using the same “Covid-19 misinformation” justification. The decision caused a major rift in German-Russian relationships, as Moscow accused Berlin of tacitly approving the move, if not orchestrating it behind the scene. Germany denied the allegation.

RT DE has been facing an increasingly hostile environment in Germany, with local banks refusing to serve it and some media outlets branding it a Russian propaganda arm bombarding Germans with misinformation. RT DE turned to German courts to defend its reputation from what it argued to be slanderous accusations, securing injunctions in its favor.

Bild was in no rush to defend RT DE from YouTube censorship. In fact, it described the erasure of its channels as a blow to “the central component of [Russian President Vladimir Putin’s] disinformation campaign” and lamented that the channels’ content remained available on other platforms, reaching “hundreds of thousands” of viewers.