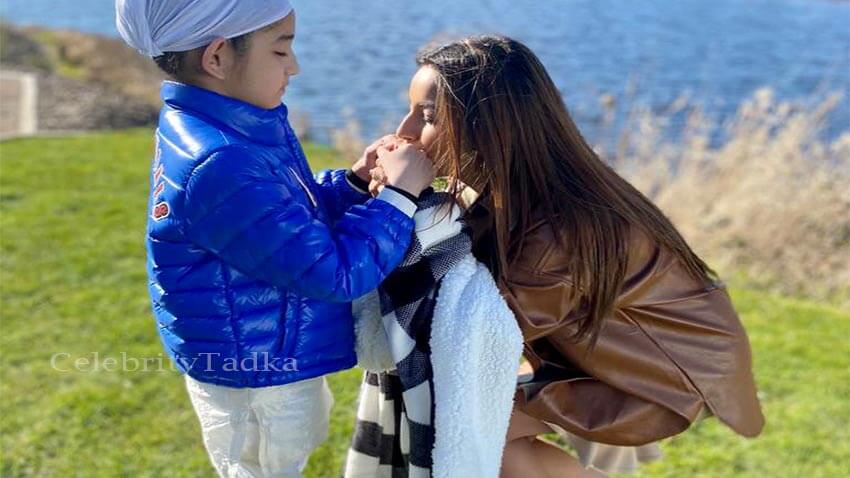 Bigg Boss 13 fame Shehnaaz Gill has finally resumed the work and joined Diljit Dosanjh and Sonam Bajwa for the promotions of her upcoming film Honsla Rakh. More than a month after her close friend Sidharth Shukla‘s untimely demise, Shehnaaz is back to work. The film is releasing in theatres on October 15 and fans are already super excited to watch Shehnaaz on big screen.

On Monday, Honsla Rakh’s child artist Shinda Grewal shared an unseen photo with Shehnaaz leaving everyone in awe. In the adorable photo, Shehnaaz seen cutely kissing Shinda’s hands. Shinda is playing the role of her son in the film. As soon as he posted the picture, fans showered love and best wishes on the post.

Honsla Rakh is produced by Daljit Thind and Pawan Gill along with Dosanjh himself. It is directed by Amarjit Singh Saron and written by Rakesh Dhawan. The director of photography (DOP) is Baljit Singh Deo. The film is shot in Vancouver, Canada. The trailer and two songs of the movie have already been released and it is receiving great response from audience.