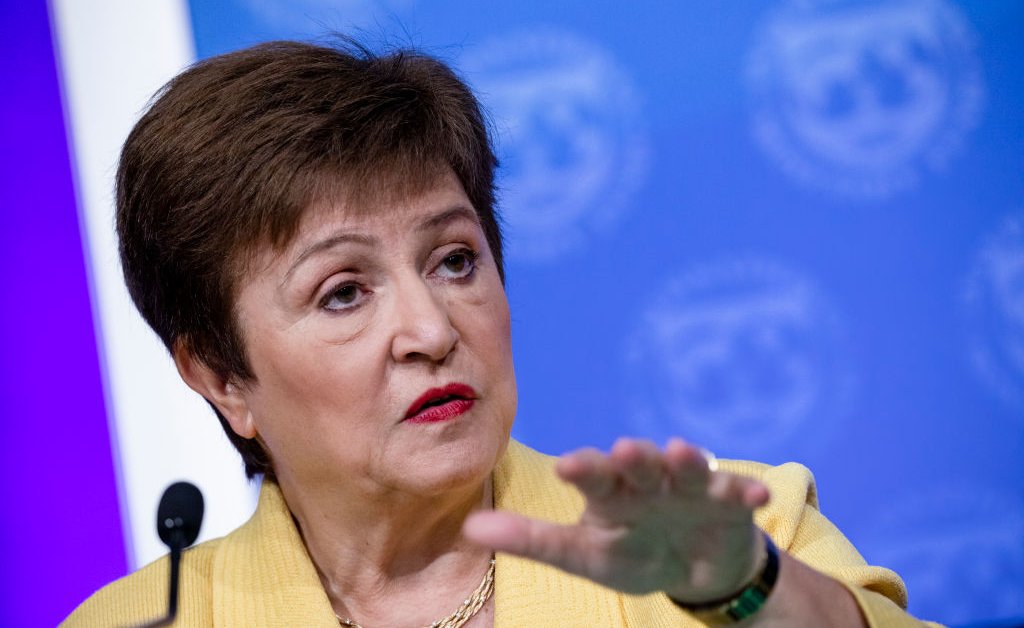 Kristalina Georgieva will remain as head of the International Monetary Fund after the lender’s board reviewed accusations that she improperly influenced a World Bank ranking of China’s business climate.

The fate of Georgieva—a Bulgarian economist and the first person from an emerging-market nation to run the IMF—had been in limbo since Sept. 16. That’s when a report written by law firm WilmerHale and commissioned by the World Bank, her previous employer, asserted that she pressured subordinates to boost China’s position in the bank’s influential “Doing Business” report.

“The executive board considered that the information presented in the course of its review did not conclusively demonstrate that the managing director played an improper role regarding the Doing Business 2018 Report when she was CEO of the World Bank,” the fund said in a statement following board deliberations Monday.
[time-brightcove not-tgx=”true”]

“Having looked at all the evidence presented, the executive board reaffirms its full confidence in the managing director’s leadership and ability to continue to effectively carry out her duties.”

Even with the backing, the allegations against Georgieva and her subsequent fight for her job threaten to overshadow the annual meetings of the two institutions—which kicked off in Washington Monday—at a time when both are tasked with supporting economies through the Covid-19 pandemic.

The accusations will likely also impact Georgieva’s remaining time at the IMF, which is expected to deliver unbiased analysis and serve as an honest broker and tough advice-giver among governments, especially those seeking its aid.

The U.S.—the largest shareholder in both the IMF and World Bank—had called the allegations regarding Georgieva’s time at the World Bank “serious,” and debated calling for her resignation, Bloomberg News reported last week. Other major shareholders had held back from voicing support pending the outcome of the IMF’s internal review.

On Monday, the U.S. decided that the allegations ultimately didn’t warrant removing Georgieva, a move that helped clear the way for her to stay.

“Accordingly, the U.S. believes proactive steps must be taken to reinforce data integrity and credibility at the IMF,” the Treasury said.

The executive board, with 24 directors representing 190 member nations, had been racing to reach a decision, after hours of discussions over multiple days with both WilmerHale and Georgieva.

Georgieva, the World Bank’s chief executive officer from 2017 to 2019, denied the allegations, telling the IMF board that the report did “not accurately characterize my actions” nor “accurately portray my character or the way that I have conducted myself over a long professional career.”

In a statement released by her public-relations firm late Monday, Georgieva thanked the IMF board and said it agrees with her “that the allegations were unfounded.”

“Trust and integrity are the cornerstones of the multinational organizations that I have faithfully served for more than four decades,” she said.

The multitude of pressing concerns facing the global economy along with the lack of appetite for a change of leadership likely swayed thinking on the matter, said Alicia Garcia Herrero, chief economist for Asia-Pacific with Natixis SA and who previously worked for the IMF.

“My impression is that the board realizes this is not the right time to jump on another horse,” she said. “Europeans might be worried about losing their driving seat if Georgieva needs to leave. China surely finds Georgieva a relatively benign MD. The U.S. has enough on its table and the emerging world needs the IMF now.”

Still, some U.S. lawmakers are unhappy.

“Georgieva’s continued tenure as head of the IMF would weaken the credibility of the institution and future decisions will be shrouded in a cloud of uncertainty,” Representative French Hill, an Arkansas Republican, said in an emailed statement.

A French Finance Ministry official said a review of the WilmerHale report didn’t provide details on precise elements to call Georgieva’s conduct directly into question, which is why France has supported her.

Another European official, who asked not to be named, said countries including France and the U.K. were among those still behind the IMF chief because they don’t see clear evidence against her.

France has traditionally had a big say in who gets to be IMF managing director. Five of its chiefs have been French, and even when the country didn’t secure the top job, it played a pivotal role in determining who did.