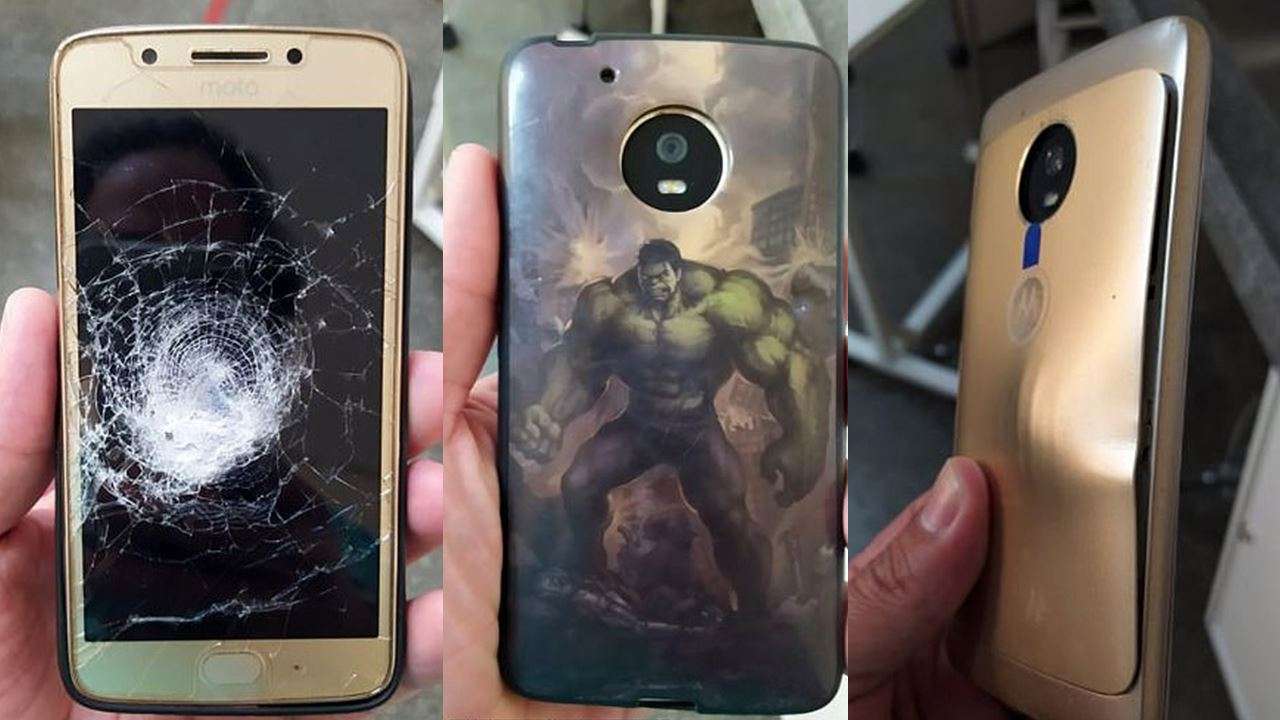 A man’s life in Brazil was saved by his five-year-old Motorola smartphone after it stopped a bullet fired at him.

In the miraculous incident, the man was fired at during an armed robbery. However, the Moto G5 smartphone in his pocket stopped the bullet and saved its owner’s life, even though the phone itself was destroyed.

Even more dramatic was the cover of the smartphone, which had ‘The Incredible Hulk’ printed over it. For the unversed, the Hulk is a fictional character by Marvel comics possessing an insane amount of power and can survive gunshots with his impenetrable thick and green skin.

As per a report by Daily Mail, the shocking incident took place in Brazil last week. During an armed robbery attempt, the robber fired a bullet at the owner. However, the Moto G5 smartphone stopped the bullet from hitting the owner’s hip and preventing a major injury. The owner survived with just a small bruise on the hip.

After the incident, the victim was admitted to the University Hospital in Petrolina in the Brazilian state of Pernambuco.

The smartphone took all the damage and was completely damaged. Images of the broken device were shared by the doctor who treated the owner later. In the images, the shattered phone screen can be clearly seen along with a big dent at its back.

Notably, the Motorola G5 isn’t known to be a rugged phone but it did a great job in saving its owner in Brazil.