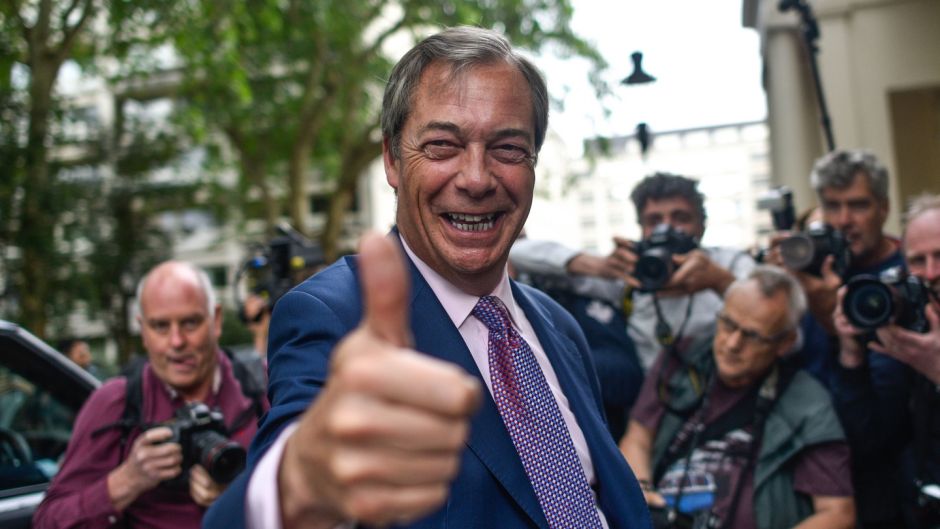 Nigel Farage says he was duped into ending a paid-for birthday greeting by saying “Up the ’Ra!”

Earlier this year the leading Brexiteer, former head of the United Kingdom Independence Party and, now, GB News host joined Cameo, a video-sharing platform through which he offers to record personal messages for members of the public in return for a fee of €87. He says that he rejects any unsuitable messages but that one sometimes slips through the screening process.

Farage uses the republican slogan in a birthday greeting in which he says: “This message is for Brian Ó Céileachair, Brexiteer, and I hope you have a great birthday. This comes from your good friend Aidan. Now, it’s a bit early in the day, so all I’ve got, actually, is coffee. But I hope you enjoy a few pints with the lads tonight. Up the ’Ra!”

O Céileachair posted the video, which has now been widely shared, on social media, commenting: “Quite possibly the best birthday present I’ve ever gotten courtesy of Aidan Hart and my mate Nigel Farage.”

Farage told MailOnline: “If I saw ‘Up the ’Ra!’ I would have looked at that as something very innocent, and wouldn’t have even known there was an implication to it.

“A lot of messages that I get are friends sending each other messages with their own little jokes or their own little words, which I have to judge – and of course I reject some if they are crude or offensive.”

Asked if he would read out a message if he knew it supported the IRA, Farage replied, “Are you joking? I had a face-to-face death threat from them.”

Farage, who says he joined Cameo to “connect with people from all over the world in a more personal way”, has 4,000 fans and a five-star rating on the platform, based on 548 reviews.