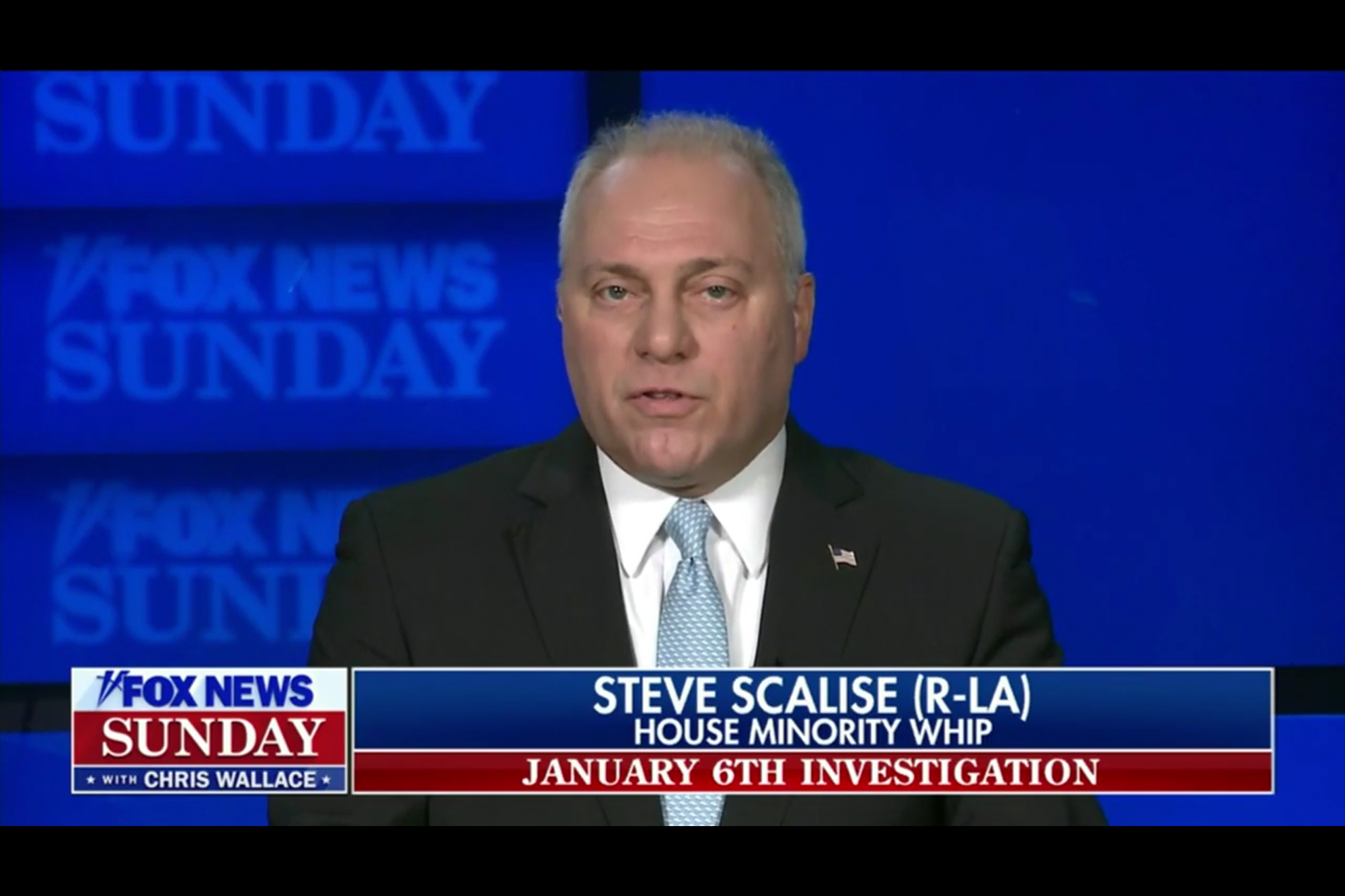 Appearing on Fox News Sunday, House Minority Whip Steve Scalise (R-La.) refused to say whether he believed the election was “stolen” from former President Donald Trump, who resurrected those claims at an Iowa rally Saturday night.

“I want to ask you a specific question,” host Chris Wallace said. “Do you think the 2020 election was stolen from Donald Trump [who is] continuing to make that charge?”

Wallace added, “Not having states do election reforms, but specifically making this charge that the election was stolen? Do you think that that hurts undermines American democracy?”

Scalise replied but did not answer the question, claiming states violated the constitution when they made changes to election law due to the pandemic. “Well Chris, I’ve been very clear from the beginning,” he said. “If you look at a number of states, they didn’t follow their state passed laws that govern the election for president. That is what the United States Constitution says. They don’t say that the states determine what the rules are, they say the state legislature determined that.”

Wallace interjected, “So you think the election was stolen?”

Scalise continued to evade — even though it’s clear where he stands since he voted against certifying Biden’s win in January — and essentially repeated what he had just said about states not following their own rules, the same thing he said in January.

But Scalise refused to budge and replied as if Wallace hadn’t even asked a question and instead talked about how he doesn’t like that Democrats refer to Georgia’s new election law as being similar to Jim Crow era laws.

It was at that point that Wallace likely realized he will never get a straight answer, so he gave up and ended the interview.