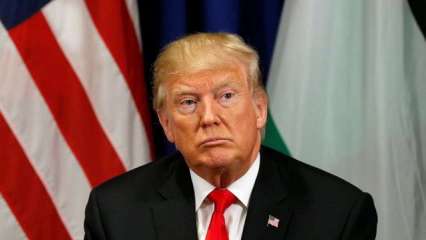 During his tenure as the president of the United States, Donald Trump was showered with several luxurious gifts by the wealthy Saudi Arabia royal family. The bounty received from the Saudi family was expensive and rare in nature, as per reports.

According to the media reports, the gifts received by Trump by the Saudi royal family included three robes made with the white tiger and cheetah fur and a dagger with a handle that appeared to be ivory. All these items are extremely expensive and are considered top-tier in the luxury segment.

The White House had initially said that the gifts of the Saudi royal family, which were given to Trump in 2017, risked being in violation of the Endangered Species Act, the 1973 environmental conservation law if the fur and the ivory were real.

Donald Trump received a total of 82 gifts from Saudi Arabia during the May 2017 visit, and nine of the most expensive items included fur coats and a dagger, seemingly made out of ivory. These gifts were not disclosed until the last day of Trump’s presidency.

The US Fish and Wildlife Service seized the luxurious gifts this summer and examined them to determine their authenticity. After examination, it was revealed that the gifts, including the tiger and cheetah fur coats, were indeed not real.

While talking to a media house, Interior Department spokesperson Tyler Cherry said, “Wildlife inspectors and special agents determined the linings of the robes were dyed to mimic tiger and cheetah patterns and were not comprised of protected species.”

Though the fur coats were fake, the dagger gifted by the Saudi family has a possibility of being real. The Interior Department further said that the handle of the dagger appeared to be made from a tooth or bone of some variety, which will be determined after further examination.

The Saudi royal family, which had a close relationship with Trump’s son-in-law and White House advisor Jared Kushner, also gifted the latter two swords and a dagger among other items, which were valued at over USD 47,000. Kushner later paid the US government out of his own pocket to keep the items.