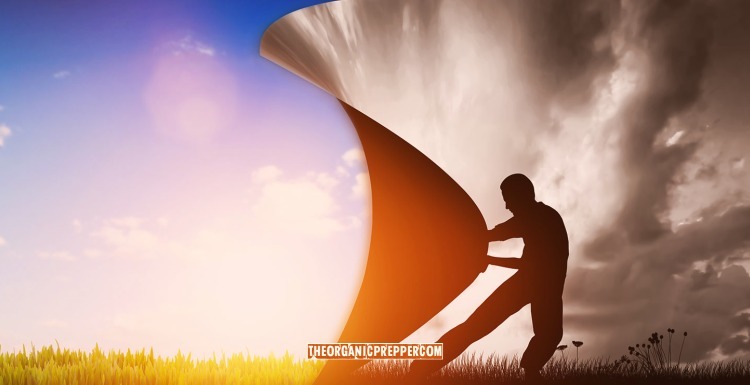 If you’re new here, you may want to subscribe to my RSS feed. Thanks for visiting!

Everything changes. People, the environment. Change is the only thing that remains constant over time. A lot of us have already passed through many changes. Crisis has been worldwide, not just localized. Our odds of survival and even thriving don’t just depend on our adaptability. They rely as well on our awareness of how much we would be willing to change. Even the little things change during a crisis.

Sometimes, change is forced upon us. Other times we willingly adapt. Let’s look at the most evident examples we, my family group, have been through to illustrate.

Weekend gatherings with family and friends

A typical social event was the weekend barbecue in my previous life, just like many others and siblings in the Western world. Maybe we indulged a little bit, as Venezuela has a cattle production story dating back almost from the Spaniard’s arrival. We are nine years short of 500 years since the founding of the first farm (hato). Fresh beef was cheap and affordable in most areas (mind you, this was before my failed bugout) back in 2003-2014.

A weekly barbecue was almost the norm. With a modest income of one salary, this was too much for us. My then-wife was not fond of red meats. But we found a middle ground. We introduced many grilled vegetables (tasty and healthier), and sometimes we opted for no red meat, except for the kids. I don’t like to be drinking weekend after weekend. My stomach is not the same anymore, and I hate a good productive Sunday going to waste because of the hangover.

Weekend excess is not something I did during my role of head of the family years. I rather preferred to arrive home from work, take a shower, and have two or three beers every couple of days while watching a movie. Typically, I could avoid drinking anything else in the next couple of weeks. Friends came up randomly, and we would collaborate. As it is everywhere, we had a good time. My coworkers resented this change the most. Once the crisis settled, the salary was no longer enough for a weekly beer crate and barbecue.

Eating habits and special treats change during a crisis

Maybe some foreigners are already aware of this. But, between 2015 and 2020, the majority of the population was practically forced to a beans/rice/lentils and tubercles diet (mostly tapioca) and whatever other vegetable or fruit they could find. (With logical exceptions.) However, I know firsthand this was the mandatory meal for a considerable majority of people until not so long ago. And yes, I see with my own eyes there are still some people registering garbage bags. I just stumbled upon a few days ago with a lady in her 50s opening trash bags on the sidewalk. I had to cross the street to go around the mess.

Mind you, under these sorts of regimes, those in control target the protein producers and do whatever they can to eliminate them. They somehow seem to have loosened the grip because people are now much more prone to rebel.

I try to eat less beef and more green vegetables. Alcohol consumption is practically down to zero—lots of beans and fresh salads. If you are someone who enjoys sitting in front of the TV with a bag of junk food, well…I don’t know what that pleasure is since 2015. (I think.) Whenever I crave something to watch a movie, I prepare some little cornmeal balls fried, the same dough we use for arepas, but deep-fried. Tasty, not exactly healthy, but much cheaper than a pillow-sized bag of some commercial junk food. I’ve even kneaded some dough with ground cheese, and sure they’re tasty!

That’s why I’m trying to grow something in the very limited space I’ve got. It seems I’ll have to stick to germinates for some time. It’s baffling to learn that getting fresh greens is not easy in a place with so much sun, rainwater, and a semi-rural environment. With a large water reservoir nearby and a humid tropical forest 20 km away, it’s the perfect environment for dozens of small mountainside crops, but this seems not to be commercially viable. Go figure.

At this stage of the pandemic-induced crisis, I’m pretty sure eating habits have changed for many of us, and even a little bit against our will. Surely, the supply chain shortages have caused some to adapt and their eating habits will change during a crisis.

**It would be great to learn how your diet has evolved, so please leave us your feedback.

Living a somewhat frugal life should be the norm for many preppers. I don’t mean living like a hobo. After all, small pleasures give life a different flavor, and it’s good for morale to be self-indulgent now and then. Still, preppers should make an extra effort to do things for themselves as much as possible, rather than hiring someone to repair things or buy something ready to use. Your budget will have to change during a crisis.

Let’s see a real-life example here. A piece of underwear for kiddo costs 5$. With only 12-15$, my mother can sew with her machine five pieces. (Business is not possible because her arthritis causes her too much pain if she spends too much time doing manual labor). Socks are a different issue, as the fabric is different. But in the decade of the 90s crisis, my brother and I wore hand-made underwear sewn by Mom.

I do not need a daily shaving, but I love using a good scented foam when I do shave. However, this is imported mainly from Brazil, an hour and a half away from the Venezuelan border. There is a huge city producing everything we once locally produced until those in power destroyed the industrial machine, and it’s costly. Instead, I will try boiling some jasmine flowers to check if that water can be stored in the fridge and used with odorless soap for nice shaving. It’s not like distilling, but it would be interesting to try.

Another remarkable change I’ve noticed is that we walk everywhere. Once I got my degree and started working, I used my car constantly. My former city is not big, but everything is far away. I preferred, for safety reasons, to get a house in a subdivision instead of an apartment. Generally, people who live in subdivisions need vehicles. The nearest shop is a bakery, and it’s like 400 meters by foot, maybe more. Transportation will change during a crisis for many reasons: crime, fuel prices, lack of public transport, and vehicle maintenance.

As a side note, it’s not safe to ride a bicycle these days if you’re alone. And that leads us to our next noticeable change.

Venezuela has never been a very safe place. Decades ago, the city where I owned my house was a nice place to grow up in, according to my fellows who used to live there. Sadly, it is too close to the international gangs’ routes to get narcotics out of their production places in Bolivia, Brazil, and even North of Peru. This slowly damaged the formerly semi-rural/oilpatch-workers society.

The recent and unexplainable development in real estate, imported goods stores (who can afford to buy imported cheese and wine these days?) transformed it into a place especially adequate for money laundering. With the easiness of access to narcotics comes crime, prostitution, and other related issues. I even saw people on social media complaining about how it’s way easier to get dope or an illegal gun in the barrios than a kilo of flour or meat.

Petty crime levels will change during a crisis – they’ll go up.

Mind you, one of the most common crimes in Colombia has been “exported” to Venezuela: the “express” kidnapping. This dangerous kidnapping is usually random (if you are well dressed and drive a fancy car), and some victims have reported chemical products used to dope them. As far as I remember, this was a crime that was not frequent and only seen in some areas where wealthy people were abundant and much easier to be targeted. I presume, nowadays, rich people have bugged out. And the only wealthy ones are those belonging to some mafia and typically have bodyguards.

Armed robbery of small motorbikes and especially bicycles (which are in great demand by thieves) often happen because of gasoline scarcity. Pharmacies and other nearby businesses are accessible by foot from my home. Still, precautions have to be made, like walking together as a group and keeping the eyes wide open. (Situational awareness!) Maybe a large pole could work as a deterrent. Predators can be cowardly, and they look for the weaker prey they can get. If they see the slightest possibility of a fight where someone may harm them, chances are they will look for someone else much weaker.

As you may know from my previous articles, we are forbidden in Venezuela, since 2012, by the thugs in power to carry guns. The need to adapt by finding other means to defend is undeniable. Other crimes will also increase and change during a crisis.

Willing or unwilling, change during a crisis is inevitable

During these times of change and crisis, how have you adapted? Have you had to unwillingly make major changes? What changes have you noticed in your part of the world that can be attributed to the current-day crisis? Let’s talk about it in the comments section.

Be safe, and stay tuned.

Jose is an upper middle class professional. He is a former worker of the oil state company with a Bachelor’s degree from one of the best national Universities. He has an old but in good shape SUV, a good 150 square meters house in a nice neighborhood, in a small but (formerly) prosperous city with two middle size malls. Jose is a prepper and shares his eyewitness accounts and survival stories from the collapse of his beloved Venezuela. Jose and his younger kid are currently back in Venezuela, after the intention of setting up a new life in another country didn’t  go well. The SARSCOV2 re-shaped the labor market and South American economy so he decided to give it a try to homestead in the mountains, and make a living as best as possible. But this time in his own land, and surrounded by family, friends and acquaintances, with all the gear and equipment collected, as the initial plan was. 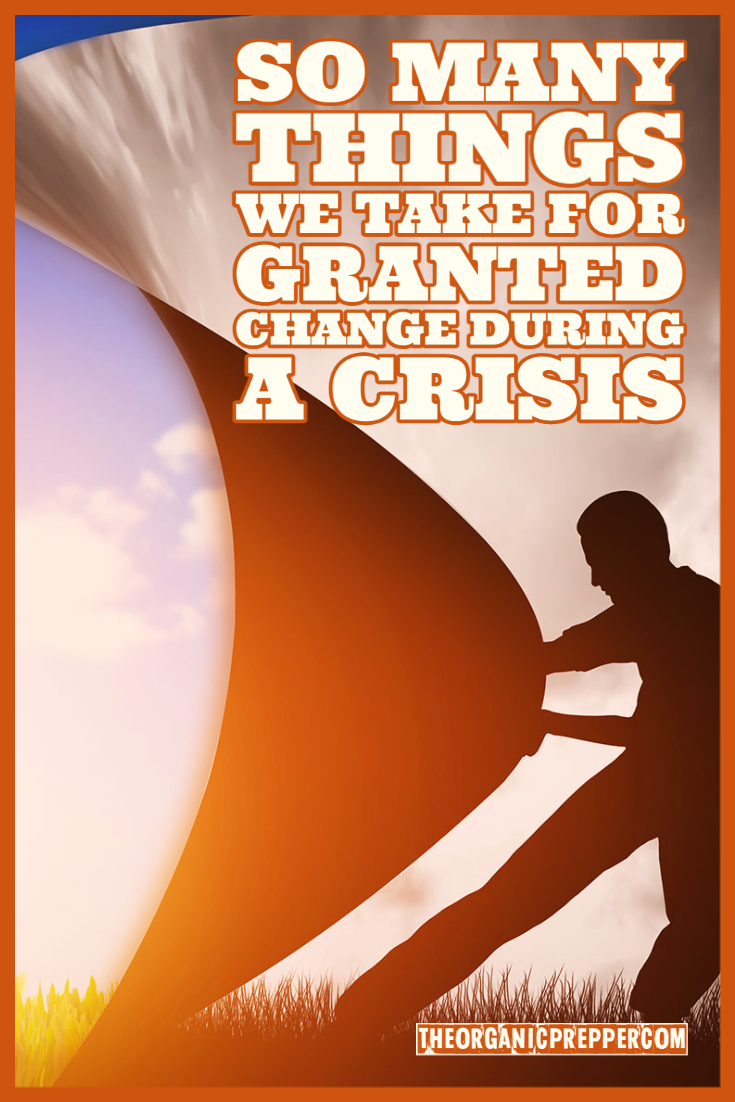