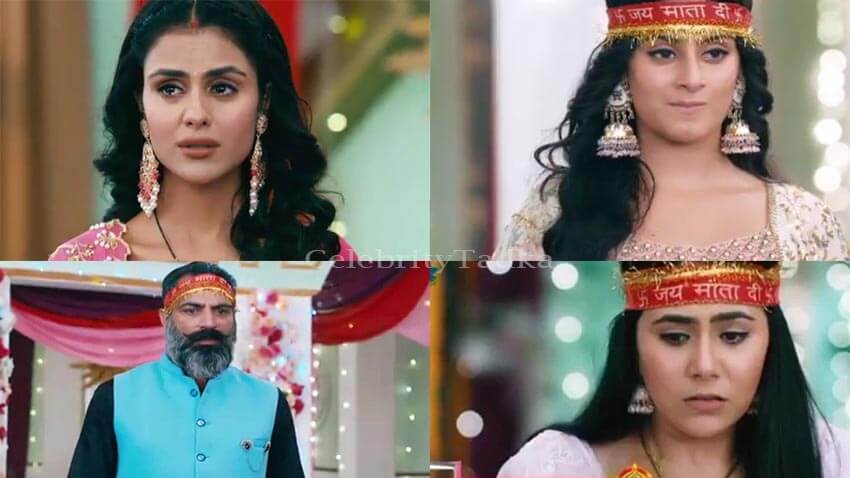 Colors TV show Udaariyaan is getting interesting with each passing episode. The ongoing track of the show revolves around Tejo bringing back Simran in Virk house, while Jasmin plotting against Tejo to defame her and get her out of the Virk house. The show stars Priyanka Chahar Choudhary, Ankit Gupta and Isha Malviya in lead, who’s playing Tejo, Fateh and Jasmin respectively.

In the latest episode, Tejo brings Simran and Candy in Virk house. Candy runs inside the house in excitement calling Khushbir ‘Naaniji’. Khushbir gets happy seeing Candy and he further introduces Khushbir with her mom ‘Simran’. While Fateh, Gurpreet, Amrik and other family gets emotional and happy on learning that Candy is Simran’s child, Khushbir gets hurt and shocked on learning the truth of Candy-Simran.

Tejo tries to make Khushbir understand but he feels hurt as Tejo hided the truth of Candy from him. On the other hand, Jasmin gets happy seeing the split in Tejo and Khushbir’s relationship.

In the upcoming episode, Jasmin will try to add fuel to the fire by taunting Tejo for lying to Khushbir about Simran and Candy. Tejo asks Jasmin to not interfere in her matters. Khushbir sides Jasmin, telling Tejo that he called her his daughter but she made fun of his emotions. He also tells that he will never accept Simran’s child. Tejo gets upset with Khushbir’s decision and asks Simran to leave saying nobody is here for her.