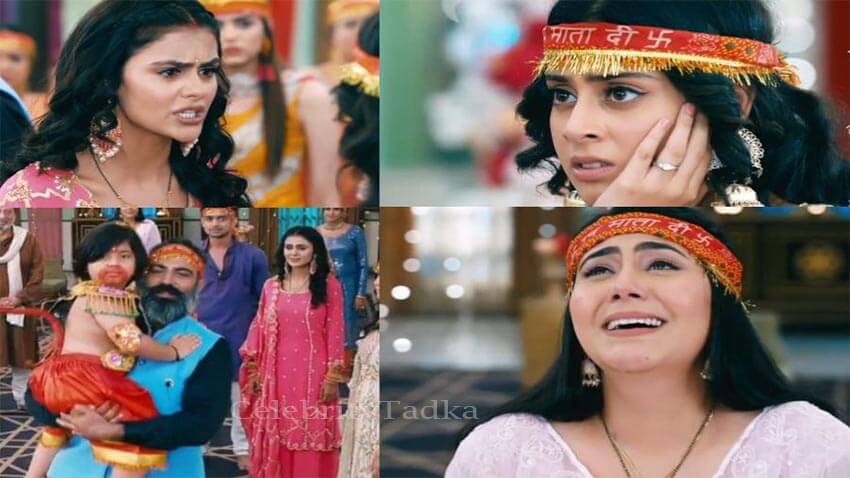 Colors TV popular show Udaariyaan starring Priyanka Chahar Choudhary, Ankit Gupta and Isha Malviya in lead, is getting interesting with each passing episode. The ongoing track of the show revolves around Tejo bringing back Simran in Virk house through Candy. In today’s episode, Jasmin tries to add fuel to the fire by taunting Tejo for lying to Khushbir about Simran and Candy.

Tejo asks Jasmin to not interfere in her matters. Khushbir sides Jasmin, telling Tejo that he called her his daughter but she played with his emotions. Tejo tries to make Khushbir understand that whatever she did is for the family. Fateh also supports Tejo and requests his father to accept Simran. Jasmin gets irked seeing Fateh supporting Tejo and lashes out at him, however Fateh shuts her up. Khushbir tells Tejo that he will never accept Simran’s child.

Jasmin then tries to instigate Khushbir against Simran-Candy and puts fingers on mother-son’s real relationship. Tejo gets furious and slaps Jasmin telling her that Candy is Simran’s child, and asks her to not speak up when she doesn’t know anything. Tejo then asks Simran and Candy to leave the house saying that nobody is here for them.

Candy refuses to leave Khushbir and screams ‘Naanaji’ when Tejo holds his hand to take him back home. He leaves Tejo hand and runs towards Khushbir calling him ‘Naanaji’ which melts Khushbir’s heart. Tejo comes back and hold Candy’s hand to take him back but Khushbir stops Candy and hugs him. Khushbir tells everyone that Candy will not go anywhere and will live in Virk house now on. He also tells Candy that his mother will also live in Virk house. Fateh and other family members gets happy and emotional as Simran will now live in Virk house. The entire Virk family then performs pooja together.

Fateh later goes to Tejo’s room to thank her, Jasmin gets angry and question Fateh for always going to Tejo’s room. Fateh shuts her up by saying that whatever Tejo has done for his family nobody can do and his thankyou is not enough for what she did. Fateh’s mother also thanks Tejo for bringing Simran back in the house.