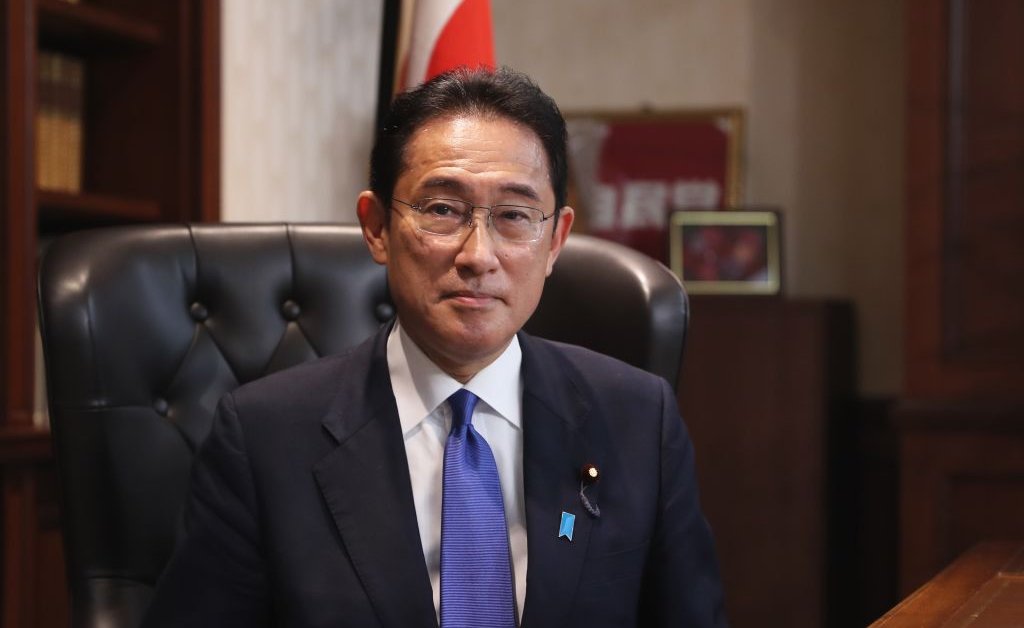 In his first big policy speech on becoming Japan’s 100th prime minister, Fumio Kishida doubled down on campaign promises to redistribute wealth and shrink inequality. “If you want to go fast, go alone; if you want to go far, go together,” Kishida told lawmakers on Oct. 8, quoting a proverb of hotly contested provenance.

Ultimately, it matters little. Disarray in opposition ranks means the LDP is expected to stroll to victory in snap elections Kishida called for Oct. 31. But what his “new” capitalism actually entails is still a matter of debate. Analysts agree that, at the least, it’s a repudiation of the “Abenomics” of Japan’s longest-serving prime minister, Shinzo Abe, as well as of the reformist agenda of Taro Kono, whom Kishida defeated in the party leadership race.

“Kishida is trying to reposition the LDP as the party of growth and redistribution,” says Jeffery Kingston, director of Asian Studies at Temple University in Japan. “Abenomics is generally regarded as welfare for the wealthy.”


Consisting of monetary easing, fiscal stimulus, and structural tinkering, Abenomics achieved marginal gains by getting a handle on deflation and bringing more women into the workforce (albeit chiefly in non-regular jobs that were first to go when the pandemic struck). But the ultimate goal, of generating sufficient growth to spark deeper structural change and innovation, did not happen. Today, wages in Japan remain stagnant and household income is slightly down.

It is, of course, a problem that predates Abe. In 2001, the Koizumi administration unleashed bold, cost-cutting economic, administrative and structural enhancements in order to end the “lost decade” of Japan’s middle-income trap. The gains from those measures were uneven.

“That left a lot of the population impoverished and frustrated that their life was not getting better, and a lot of criticism that deregulation and reform really hadn’t benefited them,” says Saori N. Katada, an associate professor at of international relations at the University of Southern California.

But despite widespread criticism of Abenomics from across Japan’s political spectrum, few politicians have proffered any meaningful alternatives. “Many Japanese politicians espouse economic policies that are essentially a continuation or marginal modification of Abenomics,” says Kristi Govella, deputy director of the Asia Program at the German Marshall Fund of the United States.

Read More: How the Pandemic Forced Japan to Rethink Its Work Culture

Kishida, however, is pinning his hopes on an “income-doubling plan.” His chief election rallying cry harks back to an initiative of the same name by Prime Minister Hayato Ikeda in 1960. Ikeda spearheaded Japan’s export boom while expanding the social safety net for society’s poorest. Notably, he succeeded Nobusuke Kishi—Abe’s grandfather—who was forced to resign after he fixed a parliamentary vote on Japan’s security treaty with Washington.

The circumstances of Kishida’s appointment are less dramatic. With the Olympic Games in the rear-view mirror and Japan getting a handle on COVID-19—over 60% of the population is fully vaccinated despite a slow start—Kishida can also be fully focused on pocket-book issues. He has promised a spending package of tens of billions of dollars through the year’s end, as well as government subsidies to assist small- and medium-sized businesses.

Analysts don’t read too much into the recent stock market ripples, either. Japan’s bourses are expected to outperform the U.S. over the next two years, according to Marcel Thieliant, an economist focusing on Japan for Capital Economics. “Valuations are not as stretched as the U.S.,” he says. “In the end, what matters is how much corporate profits will rise and the outlook is fairly positive.”


The new prime minister’s big problem is how to pay for redistribution without alienating the affluent. Japan’s ratio of public debt to GDP stands at 256%—over double that of the U.S.—and while Japan’s central bank has kept interest rates low, Kishida has little wiggle room to keep borrowing.

Gains from stock transfers and dividends are taxed at a flat rate of 20%, which Kishida has criticized as a source of inequality and in need of redress, but income tax is already peaking at 55%. The new prime minister has meanwhile proposed to offer tax incentives to companies that raise employee wages, but that policy was adopted by Abe with little success.

Export-wise, Kishida is expected to maintain a tough political posture on Japan’s biggest trading partner, China. He has recommended creating a special office for human rights, which would undoubtedly have stern words for Beijing and risks courting the ire of Chinese consumers. “When nationalist sentiment flares up, it can have pretty bad results for Japanese firms operating in China,” warns Thieliant.

Read More: Most People Would Be Delighted With 10 Days Off. Except in Japan

Cutting inefficiencies would be one way to boost livelihoods. Japan remains over 30% less productive than the U.S. and there will be calls to cut red tape and get more women and seniors into gainful employment, with efforts to raise social benefits for those in non-regular work up to the same level as the “salary men.” A new Public Price Evaluation Review Committee will also aim to lift wages for caregivers and childcare staff, and Kishida has called for more support for schooling and housing costs for parents.

For now, the market is watching to see how far the prime minister’s new capitalism will go.

“Kishida’s hope is that economic growth and wealth redistribution will interact in a virtuous cycle,” says Govella. “But some are concerned that he will prioritize redistribution and end up stymieing growth in the process.”