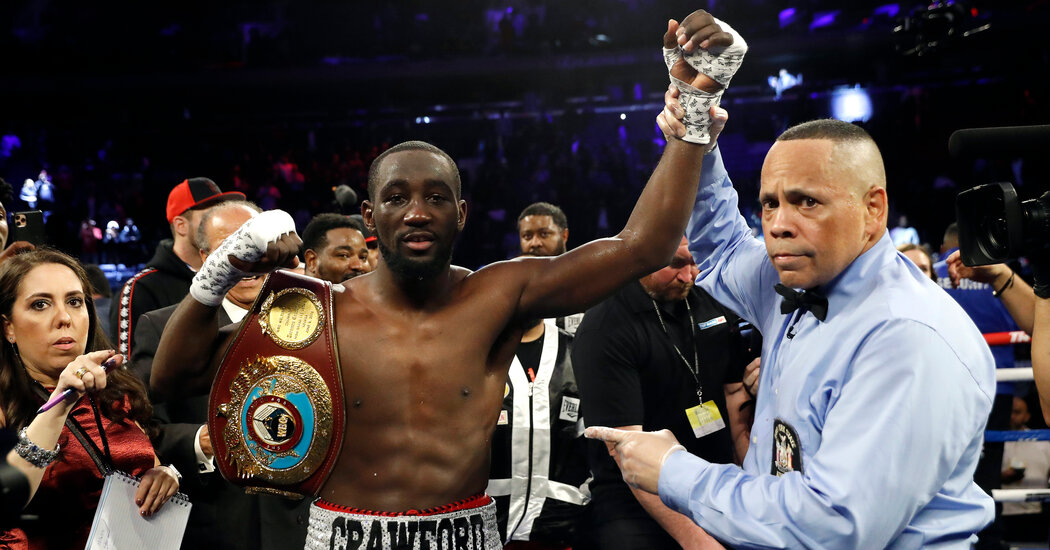 “I don’t think there’s really much I can say to Bud that’s going to change the way you think about yourself, and the outcome of this fight,” Porter told Crawford directly in front of reporters.

Crawford, for his part, praised Porter before he declared himself the superior fighter.

“He’s athletic. He can box. He can bang,” he said. “I just think I do a lot of things better than Shawn.”

Contrast their mutual respect with the rancor preceding the recent super-middleweight title fight between Saul Álvarez and Caleb Plant, who traded insults and blows at a news conference, then sold out the MGM Grand Garden Arena, and the challenge of selling this fight becomes clear. ESPN, which will air the bout as a pay-per-view on its streaming service, ESPN+, has helped hype the event via fight-week programming, and recurring ads alongside the bottom-of-the-screen score ticker. But the fighters themselves haven’t provided the fiery quotes and macho posturing that could land on highlight shows, get shared on social media, and expand the bout’s appeal beyond hard-core boxing fans.

Still, organizers say consumer demand remains strong. It is too early to tell how many viewers will buy the event on ESPN+, but Top Rank expects to have sold out the 12,000-seat Mandalay Bay Arena by Saturday.

Those figures speak to the quality of the matchup: a pairing of top-five welterweights, with implications for the rest of the division.

Crawford and Porter, both 34, were born a month apart — Crawford in September of 1987, and Porter in October — and have been acquaintances since the mid 2000s, when they were both world-class amateurs. Back then, Porter was a stocky, 165-pound middleweight, and has since slimmed down to welterweight. Crawford competed in the 132-pound lightweight class as an amateur, and has grown into the 147-pound welterweight class as a pro.

On Thursday, Top Rank published a video detailing a straightforward origin story for this bout. Porter phoned Crawford and requested a title shot. The conversation and subsequent agreement revealed an easy rapport between the fighters, but Crawford insists he can pause the friendship until after the fight.