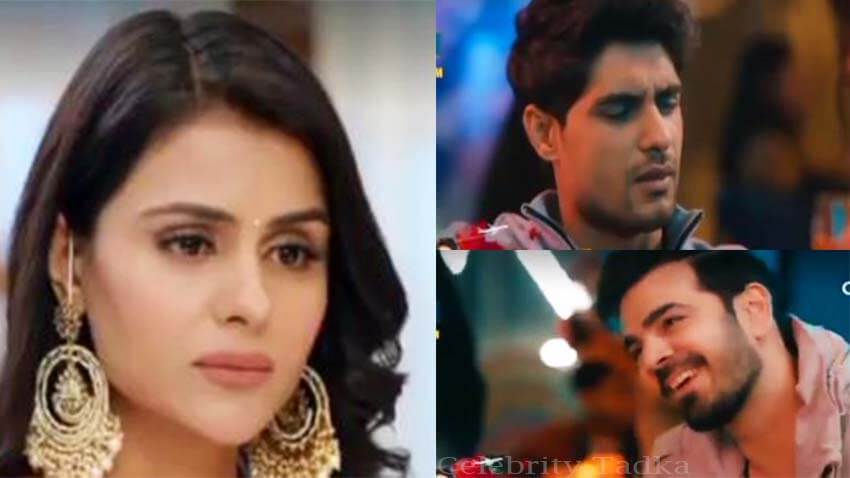 Udaariyaan, airing on Colors TV, has been creating lot of buzz with it’s exciting twists and turns. The show stars Ankit Gupta, Priyanka Choudhary and Isha Malviya in pivotal roles. Recently, actor Karan V Grover has also entered the show as Angad Maan. The show is getting interesting with each passing episode. While Tejo and Angad is doing a Fake engagement, Jasmin is prepping up for her wedding with Fateh.

However, Fateh is not happy since the time he got separated with Tejo and heard about her engagement with Angad. Meanwhile, Jasmin is also insecure seeing Fateh behaviour towards her and his care for Tejo. In today’s episode, Jasmin even confronted Fateh about his feelings and asked him if he really wants to marry her. Fateh tells Jasmine that he only loves her, but can’t hate Tejo like her. He cares for Tejo as she has done a lot for him and his family but in return he always gave pain to her.

On the other hand, during lunch date at Maan residence, Tejo sees a photo frame in which Angad seen with a little girl and a lady. She gets bit shocked to see Angad with a lady & a girl as Angad had told her that he has no family. Tejo questions Angad about the lady and the girl as she asks if the little girl is his daughter. Angad hesitant to answer her and tells Tejo that they are doing a fake marriage, hence she doesn’t need no know about his life so much.

In the upcoming episode, Tejo’s mother will asks her that few days back she has refused to marriage and now suddenly what happened to her that she is ready to do engagement. Other side, Fateh and Angad shares their feeling with each other in a bar and the two are fully drunk. Fateh, who’s not in his senses, says he was blind in love with Jasmin now marrying that blind love. Drunk! Angad reveals that he is having a fake love’s fake engagement.

It will be interesting to watch how Fateh will react on hearing Angad’s confession about his fake engagement with Tejo.