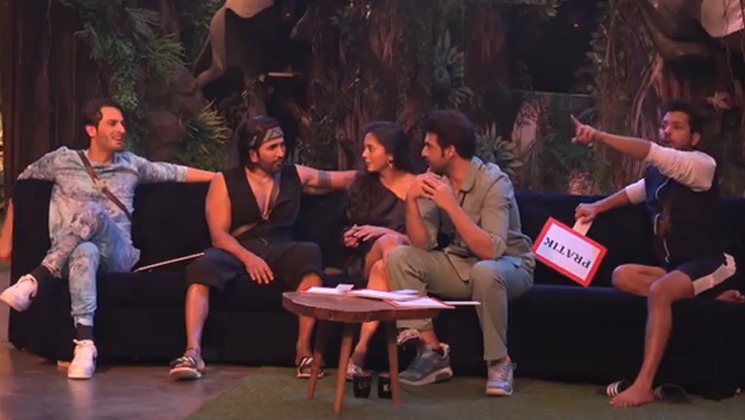 Yesterday’s Bigg Boss 15 Weekend Ka Vaar was quite interesting. Antim director Mahesh Manjrekar, Aayush Sharam and Mahima Makhwana graced the show. Mahesh even took classes of the contestants and advised them as how they can improve their game on the reality show. Shamita Shetty is also back on the show and after entering the house, she lashed out at a few of them. Salman Khan also introduced Rashami Desai, Devoleena Bhattacharjee and Abhijit Bichukale as wildcard contestants. But they are yet to go inside the house.

It would be interesting to watch today’s episode as media has already the house and they will give reality checks to the contestants. Jay Bhanushali, Shamita Shetty, Pratik Sehajpal, Vishal Kotian, Nishant Bhat, Karan Kundrra, Neha Bhasin, Tejasswi Prakash, Rajiv Adatia, Simba Nagpal and Umar Riaz are the contestants in the house. Also, in yesterday’s episode, Salman revealed that five contestants will go to top 5 and that will be declared in 24 hours which means we get to know in today’s episode. Media dissolved the VIP and non-VIP zones in the house. Today, they will announce the bottom six contestants of the house. Reportedly, Vishal, Jay, Neha, Umar, Rajiv and Simba are at the bottom 6. Also, some reports state that six contestants will be eliminated next week. So, let’s wait and watch what happens.

Stay tuned for more such updates on Bigg Boss 15.