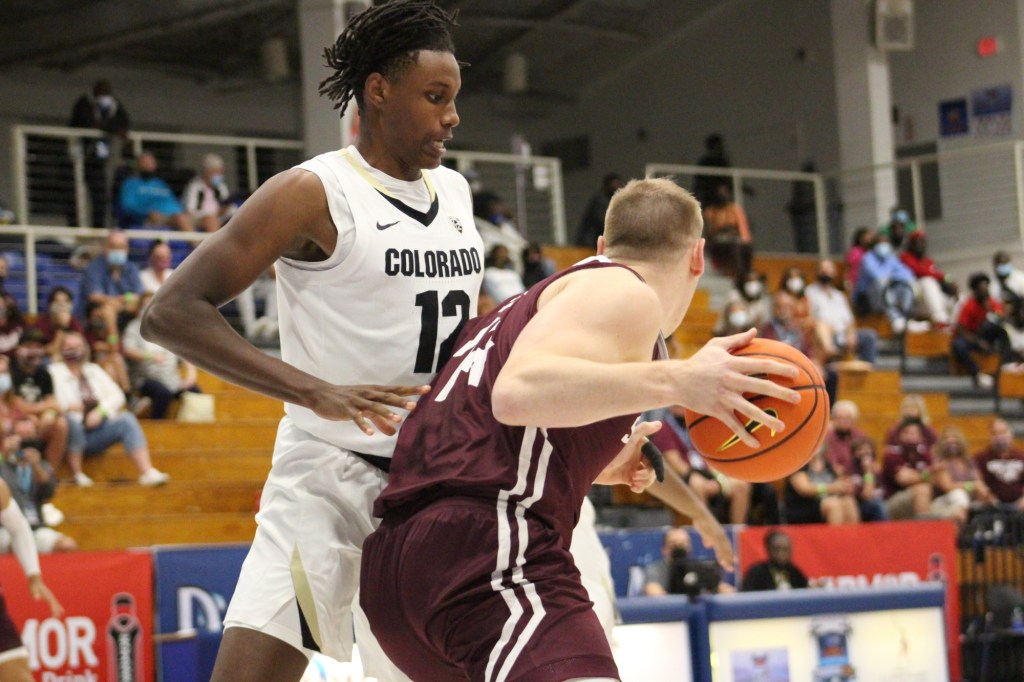 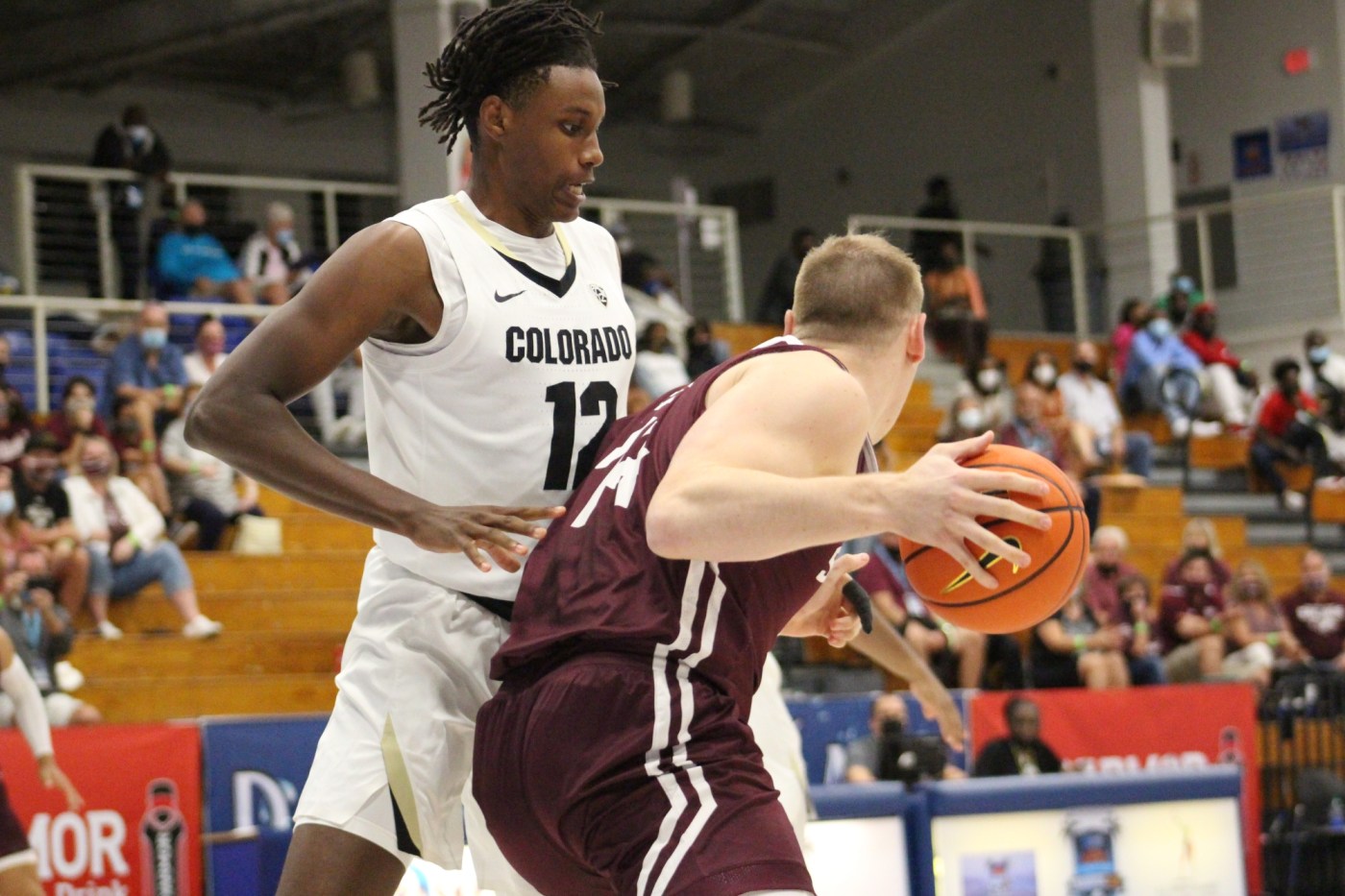 ST. THOMAS, US Virgin Islands — Shaky starts were a trait of the Colorado men’s basketball team over the first week of the season.

The Buffaloes finally put together the kind of start they wanted on Friday in the opening round of the Paradise Jam. It was the rest of the contest that doomed the Buffs.

After dominating the first seven minutes, CU was unable to slow a long-range onslaught from Southern Illinois, as the Salukis handed the Buffs a 67-63 defeat in the first round of the Paradise Jam at the UVI Sports and Fitness Center.

Not only does the loss relegate the Buffs to the consolation bracket, but it eliminates the possibility of a third-game showdown against Colorado State, which won the day’s opening game against Bradley. Instead, CU will play Duquesne on Saturday (3:45 p.m. MT, ESPN3).

CU jumped to a 12-1 lead and held Southern Illinois without a field goal for nearly the first seven minutes of the game. But the Salukis hardly missed after that early cold snap, finishing 12-for-29 on 3-pointers with a .449 overall shooting percentage.

This story will be updated.