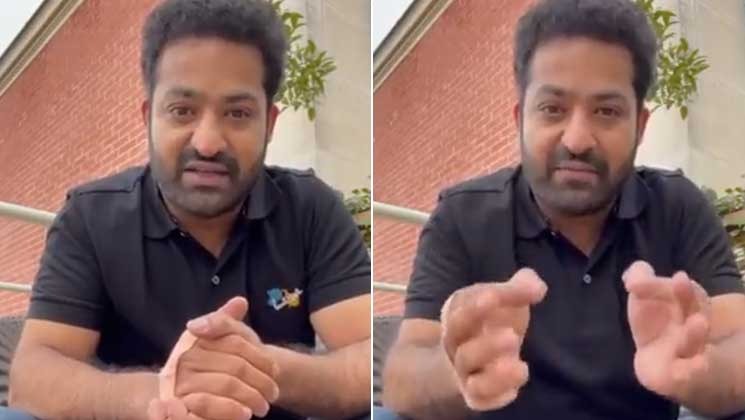 Actor Jr NTR today took to his social media and shared a video, and slammed the government for the personal attacks on his aunt Bhuvaneshwari. The comments were made by the YCP government in the AP Assembly on his aunt Nara Bhuvaneshwari, wife of ex-chief minister of Andhra Pradesh Nara Chandrababu Naidu. In the video, the RRR actor turned emotional and said that respecting women is in our tradition and abandoning the same will bring disaster.

He also said that the government should look into the issues of the public and not get into the personal issues of anyone’s family.

Jr NTR spoke in Telugu in the video and his words are translated as, “The incident that happened was disheartening. When we comment on personal life, and that too against a woman, it marks the beginning of anarchy,” he said. “I am not making these remarks since I belong to the family, but as a son, husband, father and a responsible citizen of the country,” he added.

Take a look at the video here.

For the unversed, yesterday TDP chief Chandrababu Naidu broke down at a press conference over derogatory comments made in the AP Assembly about his wife Bhuvaneswari.

#WATCH | Former Andhra Pradesh CM & TDP chief Chandrababu Naidu breaks down at PC in Amaravati
He likened the Assembly to ‘Kaurava Sabha’ & decided to boycott it till 2024 in protest against ‘ugly character assassinations’ by YSRCP ministers & MLAs, says TDP in a statement pic.twitter.com/CKmuuG1lwy

On the work front, Jr NTR will be seen in SS Rajamouli’s RRR that also stars Ram Charan, Alia Bhatt and Ajay Devgn among others. The movie is releasing worldwide on January 7, 2022.

Stay tuned for more such updates.