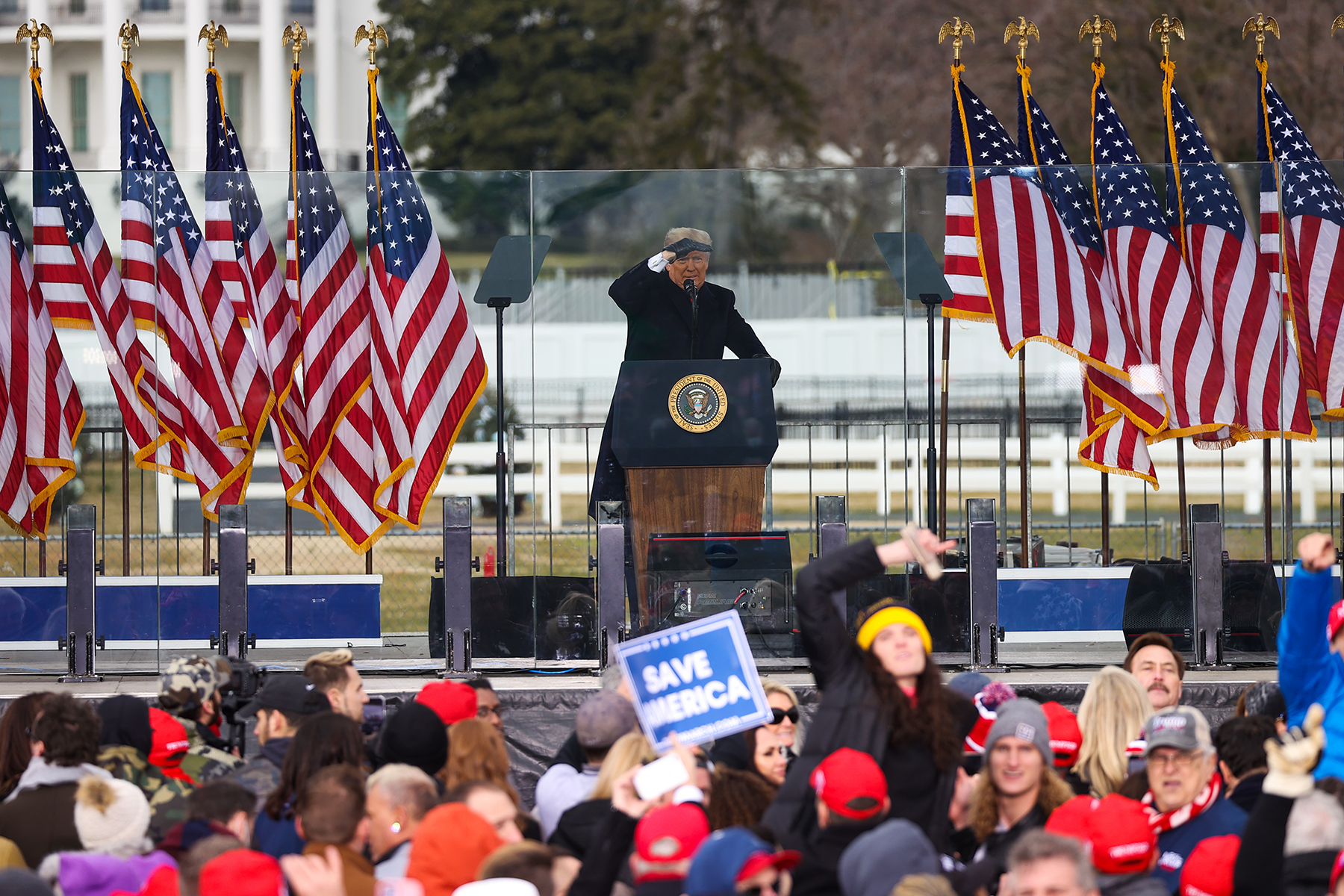 A judge in a Jan. 6 case laid the blame for the insurrection at the feet of former President Trump. Judge Amit Mehta at a sentencing hearing on Friday said that the people who stormed the Capitol are paying the price while Trump and others who “created the conditions” causing the riot haven’t been “held to account for their actions and their word.”

Mehta made the remarks while sentencing John Lolos, who pleaded guilty to a misdemeanor charge of illegally parading, demonstrating, or picketing in the U.S. Capitol. Although Mehta did not mention Trump or anyone else by name, it’s clear who he meant.

On the day of the attack, Trump told a crowd of his supporters to “fight like hell,” adding, “If you don’t fight like hell, you’re not going to have a country anymore.”

Mehta lamented that those in power who spread election disinformation have largely escaped accountability. “People like Mr. Lolos were told lies, told falsehoods, told our election was stolen when it clearly was not,” Mehta added. “We’re here today deciding whether Mr. Lolos should spend 30 days in jail when those who created the conditions that led to Mr. Lolos’ conduct, led to the events of Jan. 6 [haven’t been] held to account for their actions and their word.”

Mehta went on to say that Lolos was a mere pawn, pushed by more powerful players. “You were a pawn in a game directed and played by people who should know better,” Mehta told Lolos. “I think that mitigates your conduct.”

Although Lolos told the judge he wanted to take responsibility for his actions on Jan. 6, he also went on an extended rant about the 2020 election being stolen. Lolos said that “voter fraud on TV” and his disappointment with the Justice Department’s response to election fraud allegations is what motivated him to go to Washington, D.C., Buzzfeed’s Zoe Tillman reported.

“Once you hear people who should know better tell you that an election was stolen and they say it loudly enough, frequently enough,” Mehta said, “it’s not surprising that people will believe it.”

Mehta ultimately sentenced Lolos to 14 days, approximately half of the government’s recommended sentence of 30 days. This is not Mehta’s only Jan. 6 trial. He is also presiding over a high-profile case in which 20 Oath Keepers have been charged with conspiring to stop the certification of the election.

The prosecution of the MAGA rioters has sparked a lot of anger toward the former president for his role in provoking his supporters into storming the Capitol. After the “QAnon Shaman” was sentenced to more than three years in prison for his actions on Jan. 6, attorney Al Watkins had choice words for what he’d say to Trump if given the opportunity.

“I’d tell him, ‘You know what, you’ve got few fuckin’ things to do,” Watkins said, “including clearing this fucking mess up and taking care of a lot of the jackasses that you fucked up because of Jan. 6.’”

The attorney for Jacob Chansley, a.k.a. the ‘QAnon Shaman,’ said Trump needs to take care of the ‘jackasses that [he] f*cked up because of January 6’ pic.twitter.com/llHasyNWOL

Nearly 700 people have been charged as a result of the Jan. 6 riot at the Capitol. Trump and those in his circle who pushed the baseless claims about the 2020 election that inspired the insurrection have so far escaped legal accountability.