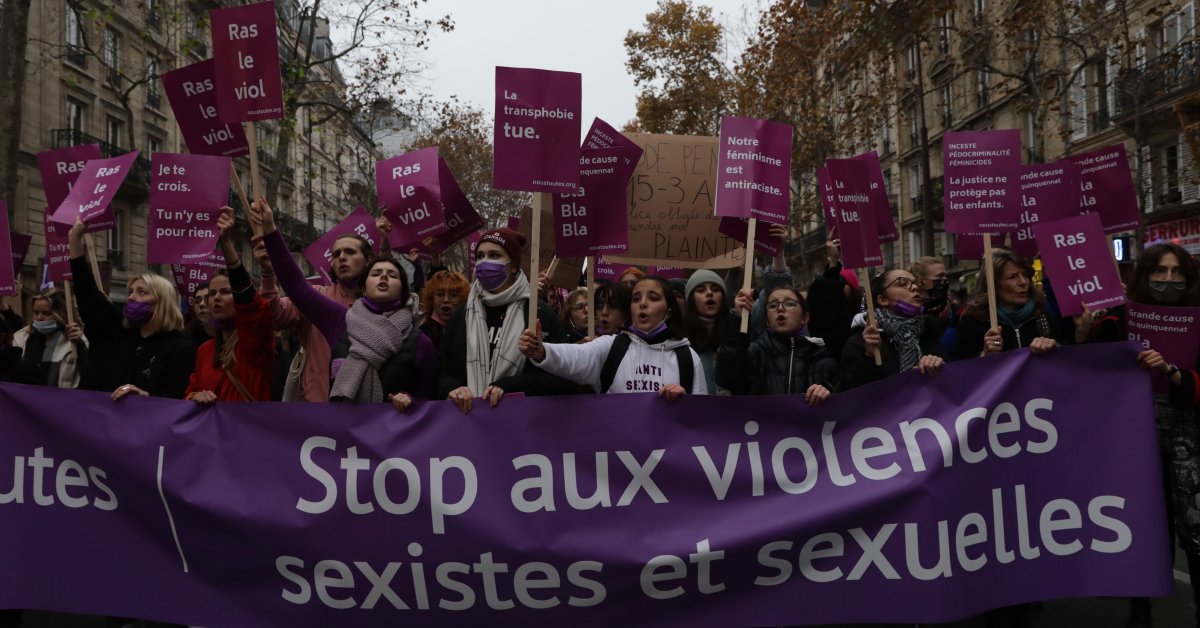 PARIS — Tens of thousands of protesters marched Saturday through Paris and other French cities to demand more government action to prevent violence against women. The demonstrations come amid growing outrage in France over women killed by their partners and as French women are increasingly speaking out about sexual harassment and abuse.

“We are always putting the blame on the women,” Parisian demonstrator Ghislaine Gireire-Revalier said, expressing sympathy for women who are trapped in violent domestic situations. “What we forget is the phenomenon of being in one’s grip … little by little it’s like a spider that surrounds you in its web.”
[time-brightcove not-tgx=”true”]

Groups fighting violence against women said at least 101 women have been killed by their partner or ex-partner in France so far this year — about one woman every three days. More than 220,000 women are suffering physical or sexual abuse by their partner each year, according to a 2017 nationwide study.

Demonstrator Meryll Le Goff said “there are measures that have been put into effect like the telephone for those in serious danger,” a special phone with a button to push to alert police. Over 2,500 such phones were being deployed in the country in September, the Justice Ministry said.

“But there aren’t enough for everyone,” Le Goff said. “Measures half done, men who are detained temporarily or even imprisoned but are eventually released without any measures that follow … that’s the problem.”

The protests are part of a week of global actions marking the International Day for the Elimination of Violence against Women.