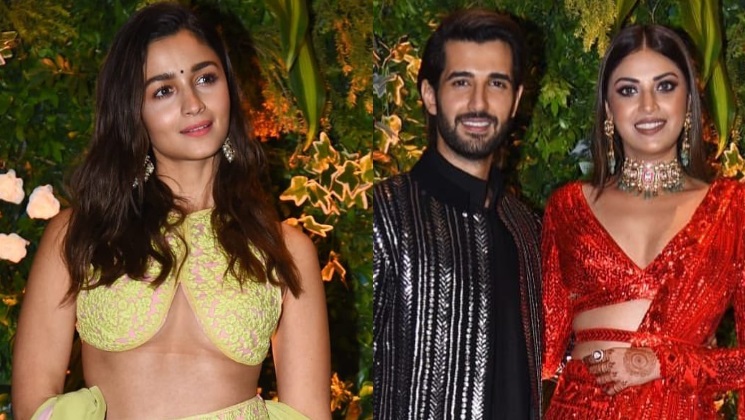 Photos and videos from the event are viral on social media. Anushka stunned in a red saree with sequins all over while Aditya looked dapper in a black outfit with silver embellishments. Alia Bhatt looked graceful in a yellow lehenga while Vaani donned a pastel green one. Poonam Dhillon came with her son Anmol Thakeria. Sussanne Khan arrived in a white and orange lehenga. Raveena Tandon looked dazzling in a beautiful lehenga.

Here are some of the viral pictures from Anushka Ranjan and Aditya Seal’s sangeet ceremony.

Raveena Tandon also shared pictures from the sangeet on Instagram,

Anushka Ranjan and Aditya Seal had been dating for 4 years. Aditya finally went down on one knee and popped the question to Anushka in Paris in October 2019. Anushka is known for films such as Wedding Pullav and Batti Gul Meter Chalu. Whereas Aditya has starred in Tum Bin 2, Student Of The Year 2 and Indoo Ki Jawaani.

Coming back to the pre-wedding celebrations, Anushka also had a pre-wedding bash on Friday, attended by Alia Bhatt as well. Videos and pictures from the party showed Alia and others dancing together to peppy music in ethnic outfits.

Also Read: Pre-wedding festivities of Anushka Ranjan and Aditya Seal are nothing less than a Bollywood film