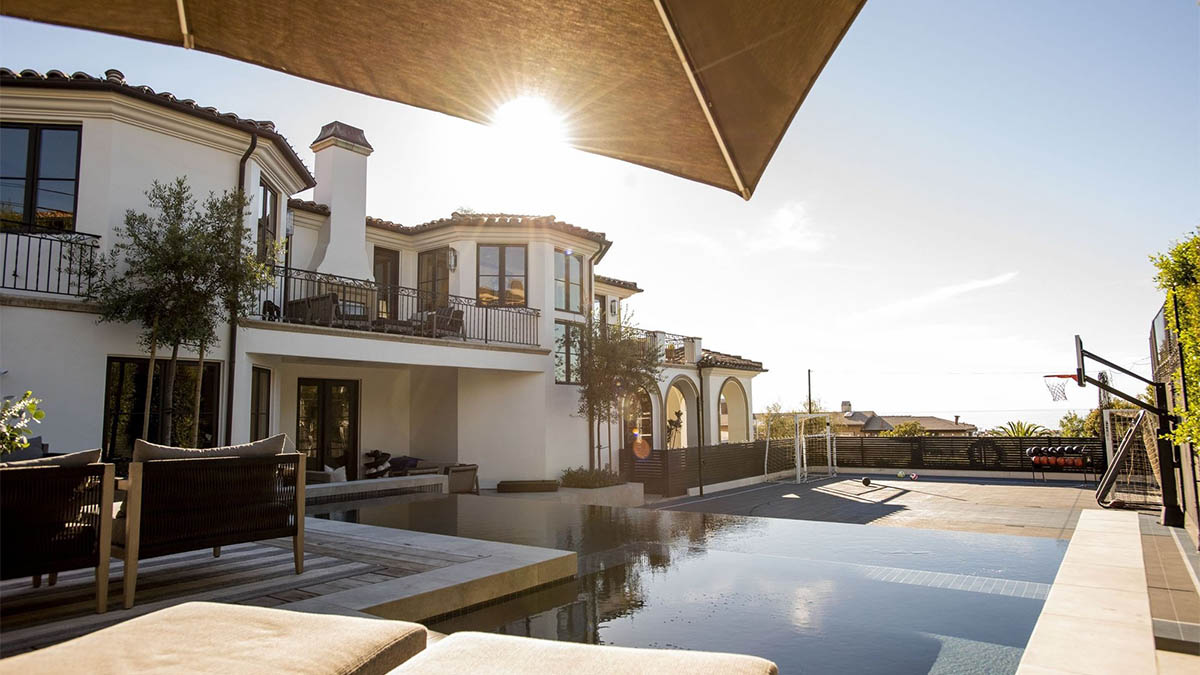 Cheryl DeSisto spent her New Jersey childhood playing in her backyard until dark. But that was something her three children seldom did at their home in Manhattan Beach, Calif. To remedy that, Ms. DeSisto took an unusual step: In 2018, she bought the house next door for about $3.2 million, tore it down and turned the roughly 5,000-square-foot lot into an outdoor play space for her children.

“When we moved in here, I just kept envisioning this yard next door for my children to play,” said Ms. DeSisto, 50.

She built more than a yard. Completed last year, the space now includes a multiuse sports court, swimming pool, cabana and a sand area for volleyball. Ms. DeSisto said she spent about $1 million on the project, working with Los Angeles architect Anthony Laney.

“The entire property was intended to be an outdoor destination,” Mr. Laney said. “At least in my world, you don’t see that every day.”

Ms. DeSisto moved to California from New Jersey in the late 1990s to get her Ph.D. in clinical psychology, and now describes herself as “a full-time mom.” In 2007, she and her then-husband—who was a business owner in the food industry—bought the house she currently lives in for roughly $3.7 million. The home overlooks the Pacific Ocean and the interior is spacious, but the property’s limited outdoor space doesn’t get much sunlight, she said.

With limited ability to play outside, her children, Nico, 15, Enzo, 13, and Gianna, 11, used to ride their toy cars inside the house, she recalled. “I wanted them to be safe and have somewhere to enjoy themselves,” she said.

Ms. DeSisto said she had always been friendly with the owner of the neighboring house. When the neighbor died and her son inherited the property, he reached out to Ms. DeSisto and sold it to her off market.

Mr. Laney said he spent several months consulting with Ms. DeSisto and the builders, Matt Armato and Jeremy Henson of California-based Titan & Co., before they came up with a design for the space. A cabana and deck were placed toward the rear of the property. An infinity-edge swimming pool overlooks the sports court, which is adjacent to the front of the home. On the court there is a basketball hoop, soccer nets, and a retractable tennis net. In front of the sports court is a sandy area where the family plays volleyball. “I think the magic of it is you could be up higher, at the level of the cabana, looking over the sports court and enjoying the view,” Mr. Laney said.

Ms. DeSisto spent roughly $100,000 on furniture for the cabana and outdoor space alone, according to interior designer Kate Lester, who also worked on the project.

Now that they have more outdoor space, Ms. DeSisto said, “the kids put down their phones, they are not playing videogames, they are outside with their friends.” She said she was very fortunate to have the outdoor space for her kids during the early months of the pandemic. “They all wanted to do their online zooming from there,” she said.

For years, outdoor space has been growing in importance among homeowners, and the pandemic accelerated that trend, said Douglas VanderHorn, founder of Connecticut-based VanderHorn Architects, who has worked on several projects similar to Ms. DeSisto’s.

In late 2020, Mr. Laney said he finished a roughly two-year project for a client who combined two adjacent lots into one. The client built a home on the front of the lot, and in the back he put a basketball court, a volleyball court, and a soccer area.

Timothy Blonkvist, a founder of the Texas architecture firm Overland Partners, said he is currently working with a clients in Dallas who bought the property next door, where they plan to build an entertainment pavilion with a guest suite and tennis court.

“How do you entertain in a more controlled environment in your own home with amenities that used to be, you know, considered for mainly larger estates or clubs and organizations?” Mr. Blonkvist said. “You buy the house next door.”