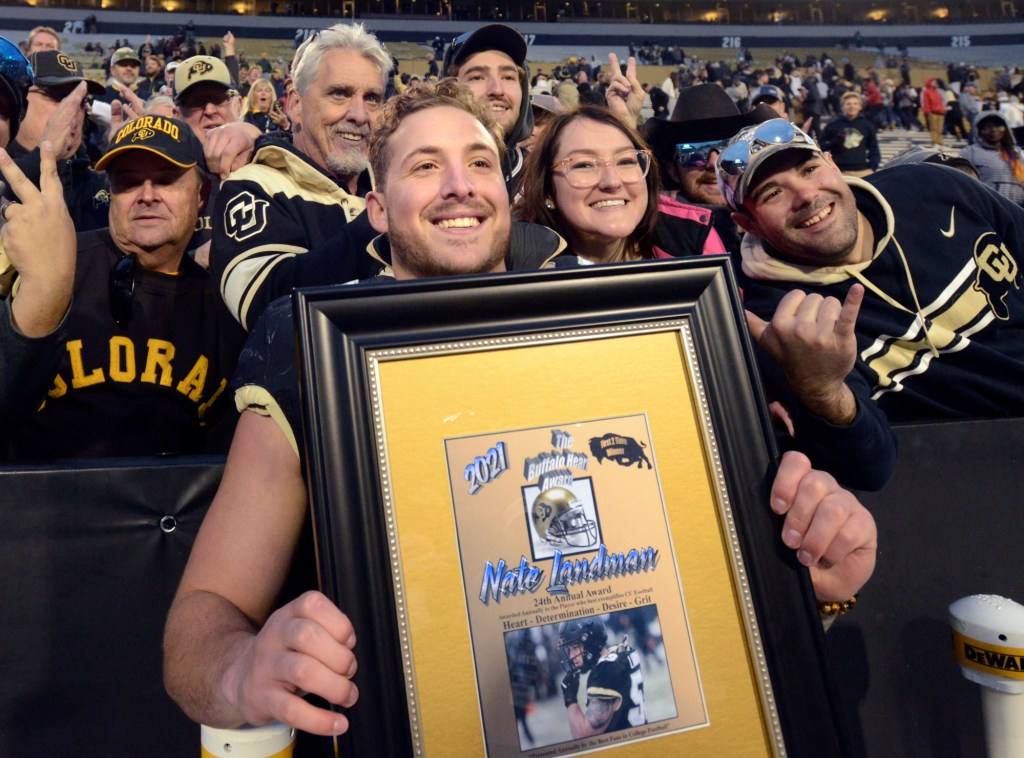 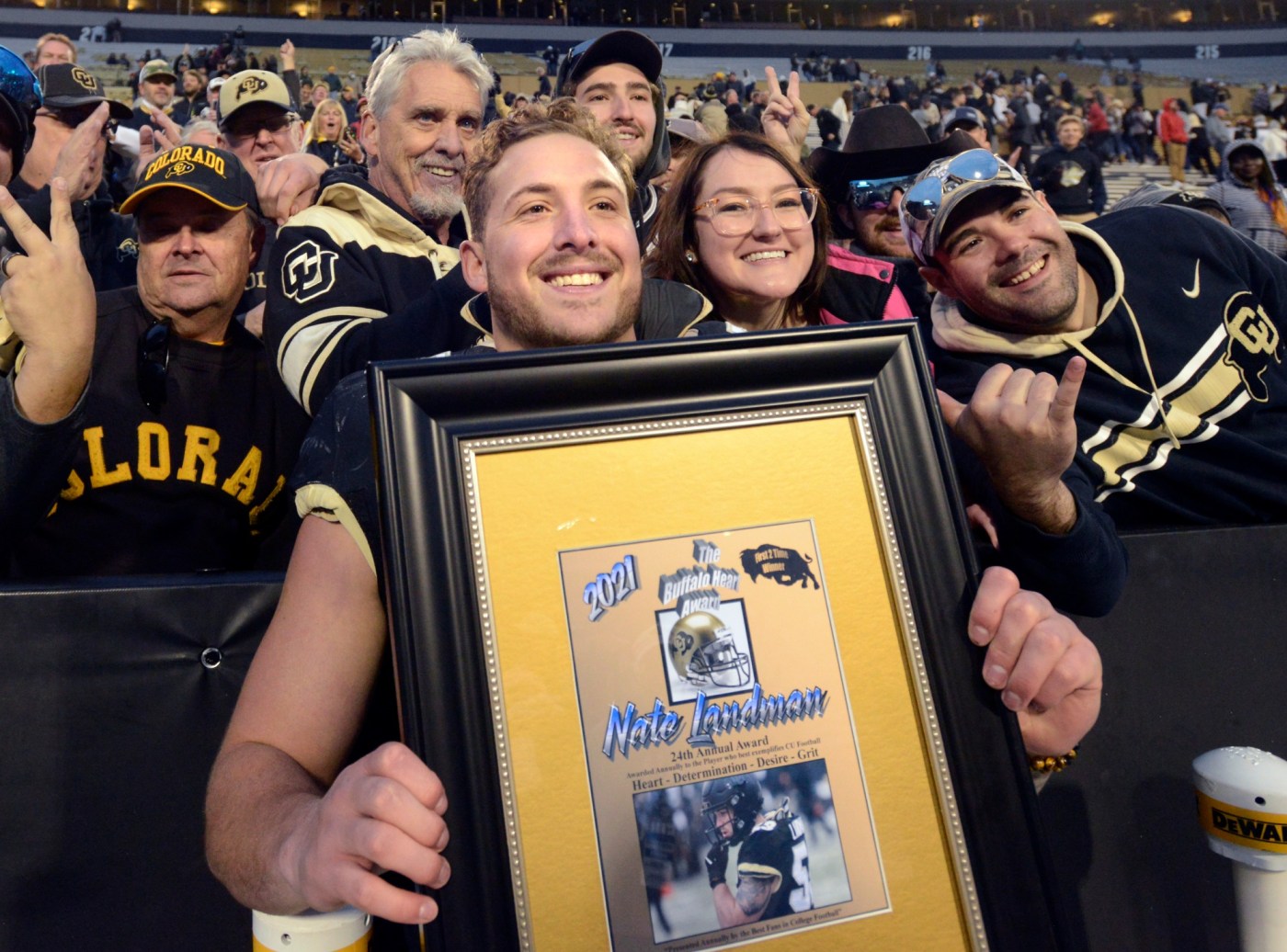 When a group of friends and Colorado football fans created the Buffalo Heart Award in 1998, it was designed to honor the Buff who demonstrates grit, determination and toughness.

In essence, it was created with players like Nate Landman in mind.

On Saturday, Landman became the first player to earn the honor twice. The award typically goes to seniors, but because of the COVID-19 pandemic, Landman got an opportunity to play a second senior season this fall and added to his legacy.

Other than coming onto the field for the last couple of snaps in victory formation, Landman did not play in Saturday’s 20-17 win against Washington. It was the fourth consecutive game he’s missed on defense because of a shoulder injury, but Landman’s impact on the program was recognized.

“He’s been a very impactful leader, he’s very passionate about the game,” CU head coach Karl Dorrell said this week about Landman. “He’s an old school Dick Butkus-type of kid. He just loves the game, he studies it that way. He tries to share a lot of the stuff that he does naturally to his young counterparts. He just has a natural feel that you can’t teach at times. But, he’s been trying to create that foundation of thinking with the younger players here, so he feels like he’s leaving his mark on the program.”

There’s no question Landman has left his mark on the program.

A year ago, Landman was a slam dunk winner of the award, founded by four friends – Pat Grimes, Craig Augustin and Ashley and Thaddeus Cernac – in 1998. It’s fitting that Landman, who turned 23 on Friday, was born the week the first Buffalo Heart Award was presented to a receiver – and current CU offensive coordinator – Darrin Chiaverini.

Landman was an easy choice this year, too. A semifinalist for the Butkus Award, which goes to the nation’s best linebacker, Landman recovered from a ruptured Achilles’ tendon to put together a sensational season before his injury on Oct. 23 in a game at California. He has racked up 71 tackles, six tackles for loss and four pass breakups in seven games.

The Buffalo Heart Award is voted on by fans and Dorrell isn’t surprised Landman has become a favorite player among the fans.

“I believe he’s such a popular player because he just has humble qualities, and he has all of his ducks in a row in the right places,” Dorrell said. “He just has a great perspective about life, about the game. He doesn’t take anything for granted. He knows that there’s gonna be a point in time where he won’t be able to play this great game again. So his approach in practice is if it’s his last practice. I wish I had 120 guys that had that attitude.

“His whole purpose in how he plays the game and why he plays is because he doesn’t want it to be taken away. He values it that much.”

Landman’s passion for the game has been on display in every game he’s played. During his time at CU, he has played in 47 games, including 36 as a starter. He’s tied for fifth in CU history with 409 career tackles. He’s second in unassisted tackles (285) and sixth in tackles for loss (120).

Landman has led the Buffs in tackles the past three years and has a shot to become the first to ever lead the team four times – if he plays in the finale at Utah.

On social media Friday night, Landman posted, “So grateful for this University and everything they have done for me. The Pride and Tradition will not be entrusted to the timid or the weak. Here’s to the best years of my life. I thank everyone who has helped me along the way.”

Dorrell only got to coach Landman for two seasons and, to this point, has only had him on the field for 12 games, but is grateful for what the senior has meant to CU.

“I’d pick him on any team that I was on in the NFL, no question,” Dorrell said. “This guy, I know what he is. He’s the fabric of this team. This is only a year and a half of time of me being a chance to know him. He’s made that kind of impact that I’ve seen that he’s made on this football team.”