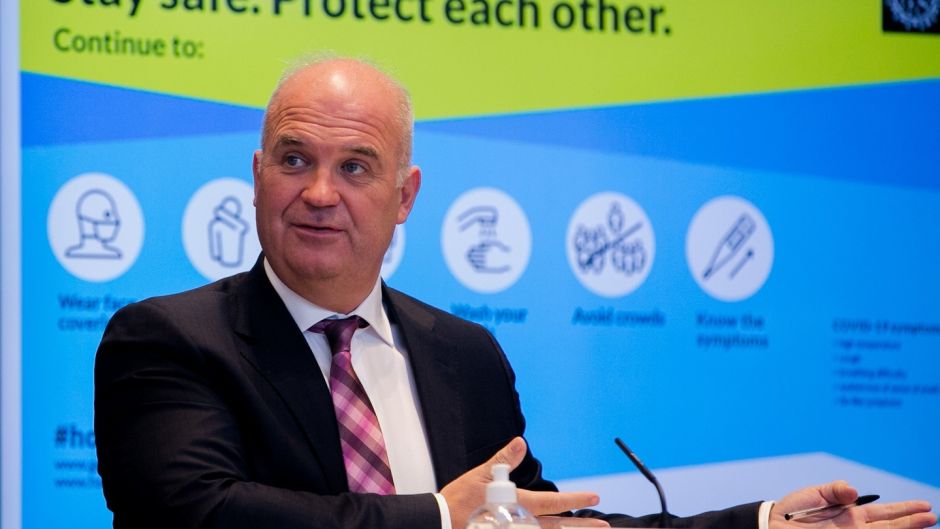 Chief medical officer Dr Tony Holohan has said the current surge in Covid-19 is continuing to place an “enormous burden” on the health system.

“The current level of Covid-19 in Ireland is having a negative impact on the health of the people of Ireland and placing an enormous burden on our entire health system, from public health to general practice to our acute hospitals. Non-Covid care continues to be severely impacted,” Dr Holohan said in a statement.

“We are all, understandably, very tired of this pandemic,” he said.

“Time and again we have asked the Irish people to take on board public health messaging and act for the collective good. And time and again the vast majority have listened to that message and responded.”

Dr Holohan’s latest statement comes as the country, and most of Europe, continues to grapple with a fourth wave of the virus.

A further 5,959 new cases of Covid-19 were reported on Saturday and there were 640 patient’s hospitalised, of whom 121 were in intensive care.

Dr Holohan said: “At high levels of transmission, we are very vulnerable to sudden, unsustainable surges of infection, such as we are seeing at the moment. It is for this reason that we must now ask people to continue to heed public health messages. We know that this call is more difficult to respond to now than at any time previously.”

Dr Holohan has advised that members of the public prioritise who they meet with in person, work from home where possible and avail of testing if they are showing symptoms of Covid-19.

On testing, Dr Holohan said antigen tests should only be used if a person does not have symptoms and as a “further additional tool”.

On Saturday, Taoiseach Micheál Martin moved to down play reports of conflict between the Government and Dr Holohan, over the provision of subsidised antigen tests to the general public.

Mr Martin said on Saturday that Dr Holohan supported the use of antigen testing in targeted areas but that he was concerned that there should be clear communication about how and when they should be used.

Thousands of people took part in multiple demonstrations against Covid-19 restrictions and vaccines in different cities in Europe on Saturday.

Belfast saw hundreds gathering in the city centre to demonstrate against the planned introduction of Covid-19 certificates in Northern Ireland. Many in the crowd outside City Hall carried anti-vaccine and anti-Covid certification placards and banners as the region is currently experiencing a surge in cases.

Stormont ministers backed the introduction of a Covid certification scheme earlier this week which will be used in various settings including the hospitality sector.

Tens of thousands, many of them from far-right groups, marched through Vienna on Saturday rallying against the impending Austrian national lockdown.

Other demonstrations also took place in the Netherlands, Croatia and Italy.

Four people were being treated in hospital in Rotterdam after they were seriously injured when Dutch police fired shots during a violent protest against Covid-19 measures, authorities said.

Crowds of several hundred rioters torched cars, set off fireworks and threw rocks at police during the protests on Friday evening. Police responded with warning shots and water cannons.

Rotterdam police posted on Twitter on Saturday that 51 people had been arrested, half of whom were under 18.

“Four rioters where wounded when they were hit by bullets, they remain in hospital,” police added, in an update after earlier reporting two wounded.

Authorities are investigating the shootings including looking at the question if the injured people where hit with police bullets, they added