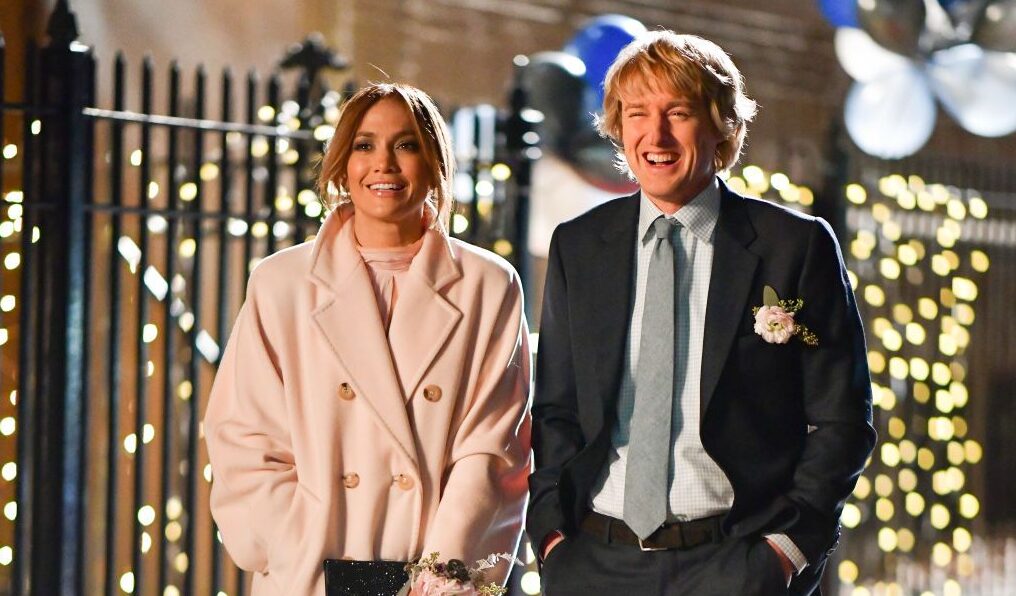 “They say if you want something different, you have to do something different,” says Jennifer Lopez in a new trailer for “Marry Me.” From director Kat Coiro, the rom-com tells the story of a pop star who makes a radical decision in the wake of public humiliation.

Kat (Lopez) and her superstar fiancée (Maluma) are set to take their hit single, “Marry Me,” to the next level by exchanging vows in front of an audience of fans in a ceremony that will be streamed to millions of households. Immediately before Kat takes the stage to make it official, she learns that her husband-to-be has been cheating on her with her assistant, and the scandal has gone viral. Kat sees a man in the audience with a “Marry Me” sign — which he’s holding for someone else — and agrees to do just that. She marries the complete stranger, catapulting Charlie (Owen Wilson), an unsuspecting high school math teacher, to global fame.

“We have to embrace the spontaneity of the moment,” Kat tells Charlie. “I don’t want to be the punchline.” She’s desperate to make things work — at least until the media attention wanes.

“Hustlers” and “Second Act” are among Lopez’s recent credits. She has a number of pics in the works including Niki Caro’s “The Mother,” a thriller about an assassin, and Reed Morano’s “The Godmother,” a crime drama based on late drug lord Griselda Blanco.

Coiro made her feature directorial debut with 2011’s “L!fe Happens.” Since then she’s helmed two other features and episodes of many series, including “Girls5eva” and “Dead to Me.” Her upcoming slate includes “She-Hulk,” a Disney+ series led by “Orphan Black” alumna Tatiana Maslany.