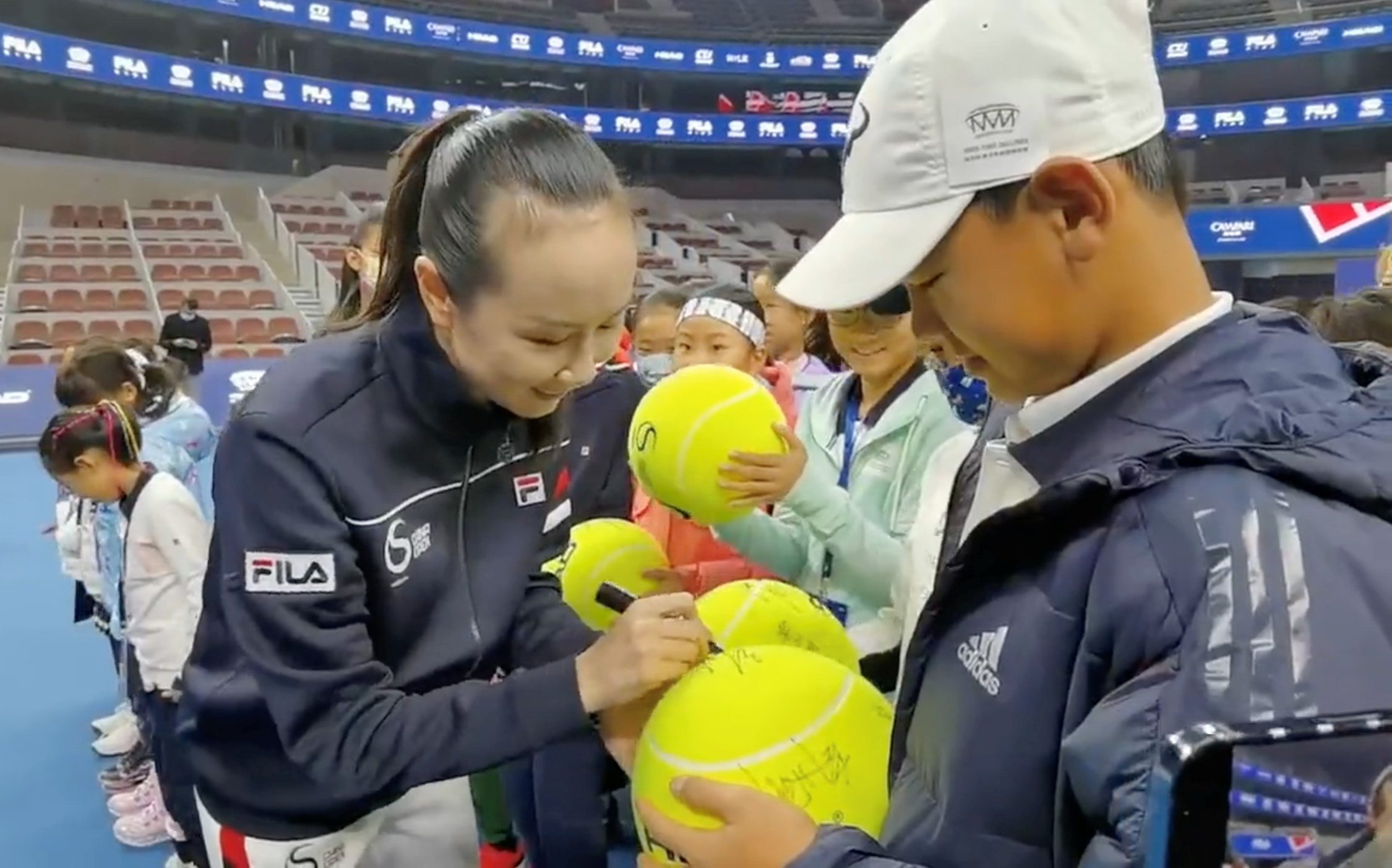 Chinese tennis star Peng Shuai, whose whereabouts have been a matter of international concern for weeks, attended a tennis tournament in Beijing on Sunday, according to official photos published by the tournament organised by the China Open.

Peng can be seen among guests at the Fila Kids Junior Tennis Challenger Finals, dressed in a dark blue jacket and white trousers, according to the pictures published on the event’s official WeChat page.

The former doubles world No 1 had not been seen or heard from publicly since she said on Chinese social media on Nov 2 that former vice-premier Zhang Gaoli had coerced her into sex and they later had an on-off consensual relationship.

Neither Zhang nor the Chinese government have commented on her allegation. Peng’s social media post was quickly deleted and the topic has been blocked from discussion on China’s heavily-censored internet.

World tennis bodies have expressed concern, with the Women’s Tennis Association (WTA) threatening to pull tournaments out of China. The United States and Britain have called for evidence of Peng’s whereabouts and safety.

However, the photographs and video footage of Peng that emerged on Sunday remain “insufficient” and do not address the WTA’s concerns, a spokesperson for the group said.

The issue of Peng’s safety and whereabouts has emerged as China prepares to host the Winter Olympics in Beijing in February amid calls from global rights groups and others for a boycott over its human rights record.

A photo of Peng at the Fila tournament was also posted on Twitter by Ding Li, a senior executive of Global D-Sports, a company which corporate information app Tianyancha says organises sport events and manages athletes.