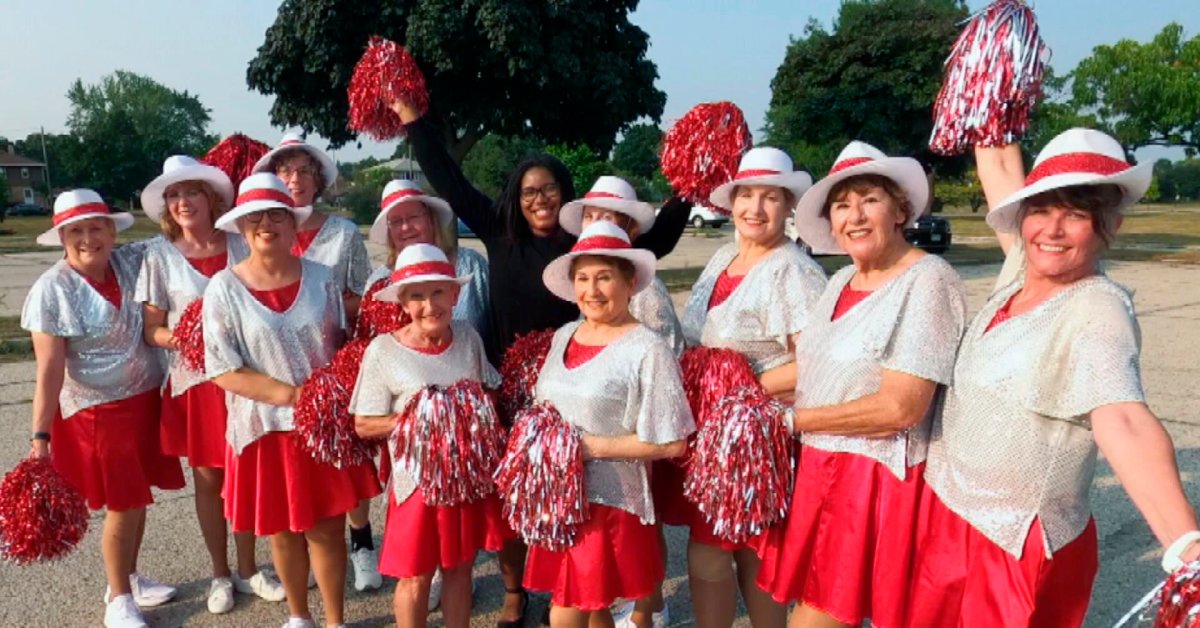 The short skirts. The sparkly pompoms. The sassy hip sways. The grandchildren.

They are the Milwaukee Dancing Grannies, a marching, dancing holiday fixture in Wisconsin for nearly 40 years, and a joyful twist on America’s expectations that parades are supposed to feature mainly school-age dance troupes.

But tragedy struck the group when, as they marched down yet another Main Street on Sunday, holiday music blaring around them, three grandmothers were killed.

“Our group was doing what they loved, performing in front of crowds in a parade,” the group said in a statement Monday morning. “Putting smiles on faces of all ages, filling them with joy and happiness.”
[time-brightcove not-tgx=”true”]

Late Sunday afternoon, the driver of a red SUV roared through a Christmas parade in the suburban Milwaukee town of Waukesha, killing at least five people and leaving 48 injured, according to authorities. Police said he had left the scene of a domestic dispute and didn’t appear to know anyone in the parade when he drove into the route.

Not even an hour earlier, the Grannies had called out to fans on their Facebook page.

“Waukesha here we come!!!” the post shouted. “The Grannies are kicking off their holiday parades.”

The Dancing Grannies grew out of an exercise class in 1984, with dozens of women, most ranging in age from their mid-50s to mid-70s, cycling in and out of the group over the years. They have only one requirement: You need to be a grandmother.

Police identified those killed as Virginia Sorenson, 79; LeAnna Owen, 71; Tamara Durand, 52; and Wilhelm Hospel, 81. The three women were members of the Grannies, and Hospel reportedly helped the troupe with their shows.

Durand was doing her first show with the Grannies on Sunday, said her husband, Dave Durand, who was not at the parade. She’d seen them perform only once before deciding to join – simply because she found joy in dancing.

“She basically danced her way through life,” he said of his wife of eight years, a hospice chaplain and former high school and college cheerleader who was “super excited” for her first performance.

“She was totally energetic and was her happiest when she was dancing,” he said.

Tamara Durand was a mother of three with one grandchild. She babysat her grandson so her daughter could finish nursing school, and volunteered at hospitals and hospices.

“She was an Energizer Bunny,” who ran every morning no matter the weather, Dave Durand said. And she could never pass up sweets, eating “more sugar than a sugar factory.”

Jane Kulich, 52, also died. Local news reports said she worked for a local branch of Citizens Bank, which issued a statement saying an employee “was walking with our parade float” when she was struck and killed. The bank did not identify the employee.

Sorenson, a dance lover who had to give up the hobby years ago after surgery, was the group’s longtime choreographer.

“It was like I lost a best friend” when she had to stop dancing, she told WDJT, the Milwaukee CBS affiliate, in an August story about the group. The Grannies brought back that joy. “I love it, and I love the ladies.”

David Sorenson, her husband of nearly 60 years, told the Milwaukee Journal Sentinel about how she loved working with the Grannies.

And, he said: “She taught me to do the cancan.”