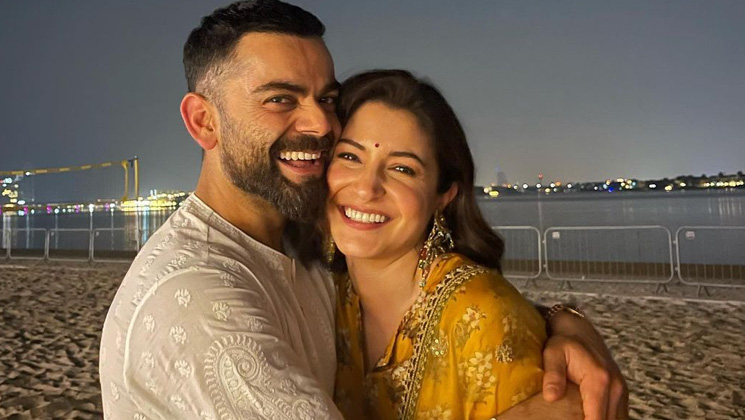 Anushka Sharma and Virat Kohli made it to the headlines recently when the Indian cricket team skipper shared a cutesy photo of with his wife. The couple constantly drops adorable pictures of each other and treat fans with a sneak-peek into their lives. Virat had posted a goofy selfie with Anushka where they were seen making cute faces. Even Sharma never fails to share pictures of her with her family and loved ones. On Tuesday, Virat Kohli shared a new photo of him and Anushka Sharma reacted to it.

The cricketer shared the picture and wrote, “A quick hello from a cool cat at practice (sic).” In the picture, Virat Kohli is seated on a chair with a cute cat comfortably seated on his leg. Kohli shared two photos in which he is smiling and making cute faces. The cricketer mentioned in the caption of the post that he was at practice where he found the cat. He even said ‘Hello’ from the cool cat to everyone. Reacting to the post, Anushka Sharma dropped a comment. She wrote, “Hello billi (sic).” The actress greeted the cool cat and said ‘Hello’ to her.

Meanwhile, reacting to the post, many fans showered love in the comments section. Several dropped red heart, and heart-eyes emojis.

Only recently, Virat had shared a photo of Anushka and called her his “Rock“. Anushka commented on the post and dropped an infinity emoji to the post. Actor Arjun Kapoor had the quirkiest reaction to Virat’s post caption. He couldn’t help but drop a humour-filled quirky comment. The Bhoot Police actor commented, “I don’t know if Dwayne Johnson & his biggest fan @varundvn approve this but… #desidwayne (sic).” He went on and called Anushka ‘desidwayne’ and even revealed the hilarious reason behind it.

Anushka Sharma and Virat Kohli were recently clicked at the Mumbai airport. The couple returned from UAE with their daughter Vamika Kohli after the ICC T20 World Cup tournament.