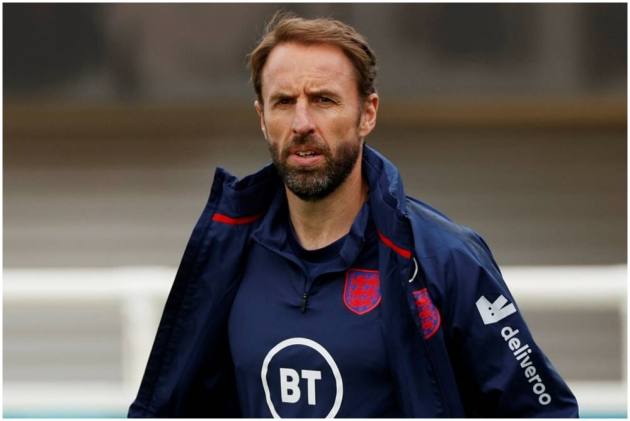 England’s most successful manager for more than half a century, Gareth Southgate has agreed to stay in the job until 2024. (More Football News)

The 51-year-old Southgate isn’t ready for a return to club coaching just yet, especially when there’s a chance to improve on reaching the semifinals of the 2018 World Cup and the final of this year’s European Championship.

“When you’ve done work culturally and where they can challenge (for titles), you want to bring that to fruition,” Southgate said Monday. “We’ve only won one World Cup but we have to believe that’s possible, it’s an aim we have as a team.

“To step away when we think the next few years could have been exciting, that could be difficult to live with. If this contract is the last, I will only be 53 at the end of it and I hope there’ll be a lot of my life at the end of it.” Now the focus is on the 2022 FIFA World Cup after qualifying last week.

“There was never a consideration I wouldn’t go to Qatar,” Southgate said. “I wanted to be sure I was wholly committed beyond that. Tournaments take a lot out of you and the way it ended for us (losing on penalties to Italy at Euro 2020) took a lot of emotion and energy, and we were so quickly back in World Cup qualifying and I wanted to allow myself that consideration.

“I didn’t want it to be a case of me agreeing something with my mind somewhere else in 18 months. I’ve signed to the (2024) Euros and if the team carry on playing at the level we know they can, that’s when we take the next decision. I wanted to make sure I wasn’t rushing into a decision that further down the line I might regret.”

There is a break clause after Euro 2024 in Germany allowing him to leave the job before the end of the year. Speaking alongside Southgate at Wembley Stadium, Football Association CEO Mark Bullingham spoke about how his organization could improve undisclosed pay terms.

“It’s a performance-related contract and any rises or increases in bonuses are self-funded from an increase in commercial revenue or tournament prize money,” Bullingham said. Southgate took the England job on a permanent basis in November 2016 and is leading one of the country’s most talented squads for several years.

Before Southgate, England’s men hadn’t reached a World Cup semifinal since 1990. Alf Ramsey is the only other manager to have taken England to a final, winning the 1966 World Cup.