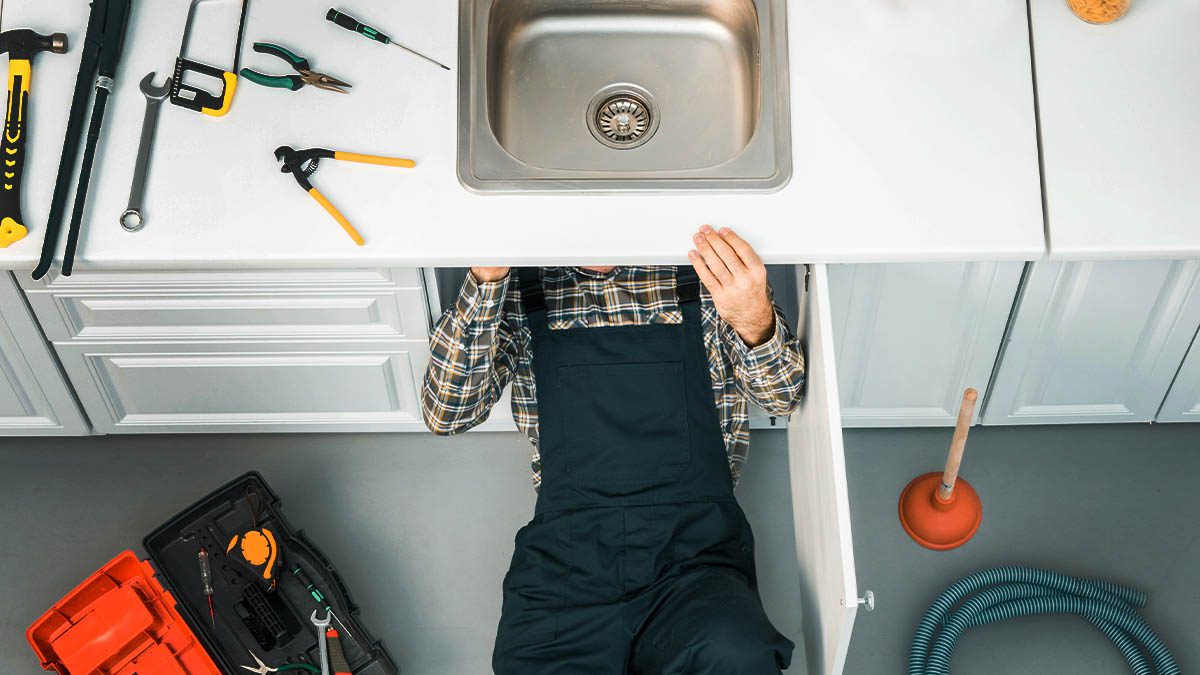 While throngs of shoppers descend on stores everywhere in pursuit of the best sales this Black Friday, hordes of plumbers will be dispatched across the nation to deal with the ugly aftermath of those gut-busting Thanksgiving feasts: clogged disposals, pipes, and toilets.

Welcome to Brown Friday (yep, it’s named after the color of sewage), the busiest day of the year for plumbers.

“With everybody having guests and family in town, the plumbing system is under more demand,” says Beau Means, operations manager at Benjamin Franklin Plumbers in Wichita, KS. “It can become overloaded.”

No wonder the day after Thanksgiving is twice as busy as any other day of the year—even more so than Hanukkah and Christmas, says Means.

We break down where your two biggest plumbing issues can bubble up. And how to avoid the dreaded Brown Friday so the only thing you’ll have to deal with on the Friday after Thanksgiving is leftovers.

First, make sure to take these steps during the holiday feast prep and cleanup to keep drains and disposals unclogged.

“The meal preparation tends to cause clogs in the kitchen sinks and disposals,” says Paul Abrams, spokesman for Roto-Rooter, a plumbing and drain company with more than 600 locations in the U.S. and Canada. The top problem the company sees? Backed-up kitchen sinks and disposals overflowing with turkey bones, vegetable peelings, and just about anything else that went into that delicious Thanksgiving dinner.

“Avoid putting Thanksgiving clog-culprits like corn cobs, bones, potato skins, and onion peels down the drain,” says Mike Mushinski, President of bluefrog Plumbing + Drain based in Waco, TX. “Instead, try composting or pitching them in the trash.” Dense or fibrous food items can wrap around the blades and damage the motor. Here’s what else you shouldn’t do. And what you should do.

Don’t: Never pour grease, oils, or fats down the drain, as they could solidify and block it up. “When warmed grease hits a cold pipe, it hardens and sticks to the pipe,” says Mushinski. “This builds up and becomes incredibly difficult to remove.” (And no, following fats poured down the drain with hot water won’t help dissolve them.) Place fatty oils and grease into containers and throw them in with the garbage.

Do: Scrape leftover food from plates, pots, and pans into the trash—instead of the kitchen disposal. It’s key to keep all trash out of kitchen disposals on heavy use days so they don’t clog up. If you have to use the disposal for a few things, make sure to run the faucet at the same time.

Also, wipe off any excess grease from pots and pans with a paper towel before washing them by hand or putting them in the dishwasher.

Problems in the kitchen go hand-in-hand with blocked sewer lines, which drain all household wastewater. And when sewer lines are clogged—toilets won’t flush. (Thank Uncle Pete, who ate the last helping of baked beans, for that last one.)

“When you have a house full of guests, they tend to flush toilets more often,” says Abrams. “They’re also taking more showers, and that may lead to extra laundry loads.” All that wastewater fighting to go down the sewer pipe at the same time can overwhelm the system and cause a backup. Here’s how to avoid every homeowner’s worst nightmare.

Don’t: Never let guests flush feminine products, wet wipes, dental floss, and cotton balls down the toilet. Anything that’s not waste can clog up the toilet and cause it to overflow. If you feel uncomfortable saying this to guests, put it in writing with a little sign nicely taped to each bathroom wall.

Do: Make sure you have a wastebasket in every bathroom. Also, have guests space out their showers by about 10 to 15 minutes so the drains have an opportunity to do their job, advises Abrams.

“And place a shower strainer over your drain to collect hair,” adds Mushinski.

Lastly, put a toilet plunger in all guest bathrooms just in case. “Nobody wants to make the walk of shame if they clog your toilet,” Abrams says.

What to do if your Friday does turn brown

If these tips fail and something does go wrong, folks shouldn’t hesitate to call a plumber. Many don’t charge extra over the holidays—although it may take a little longer for them to pry themselves away from their own Thanksgiving feasts to reach their destinations. “It can’t hurt to call and ask,” says Abrams.

If you run into an urgent problem and are waiting for professionals to show up, Mushinski advises you to immediately stop whatever efforts you have put toward the issue to prevent further damage. “And if water is actively spraying or leaking due to the issue, locate the home’s main water valve and shut the water off,” adds Mushinski.