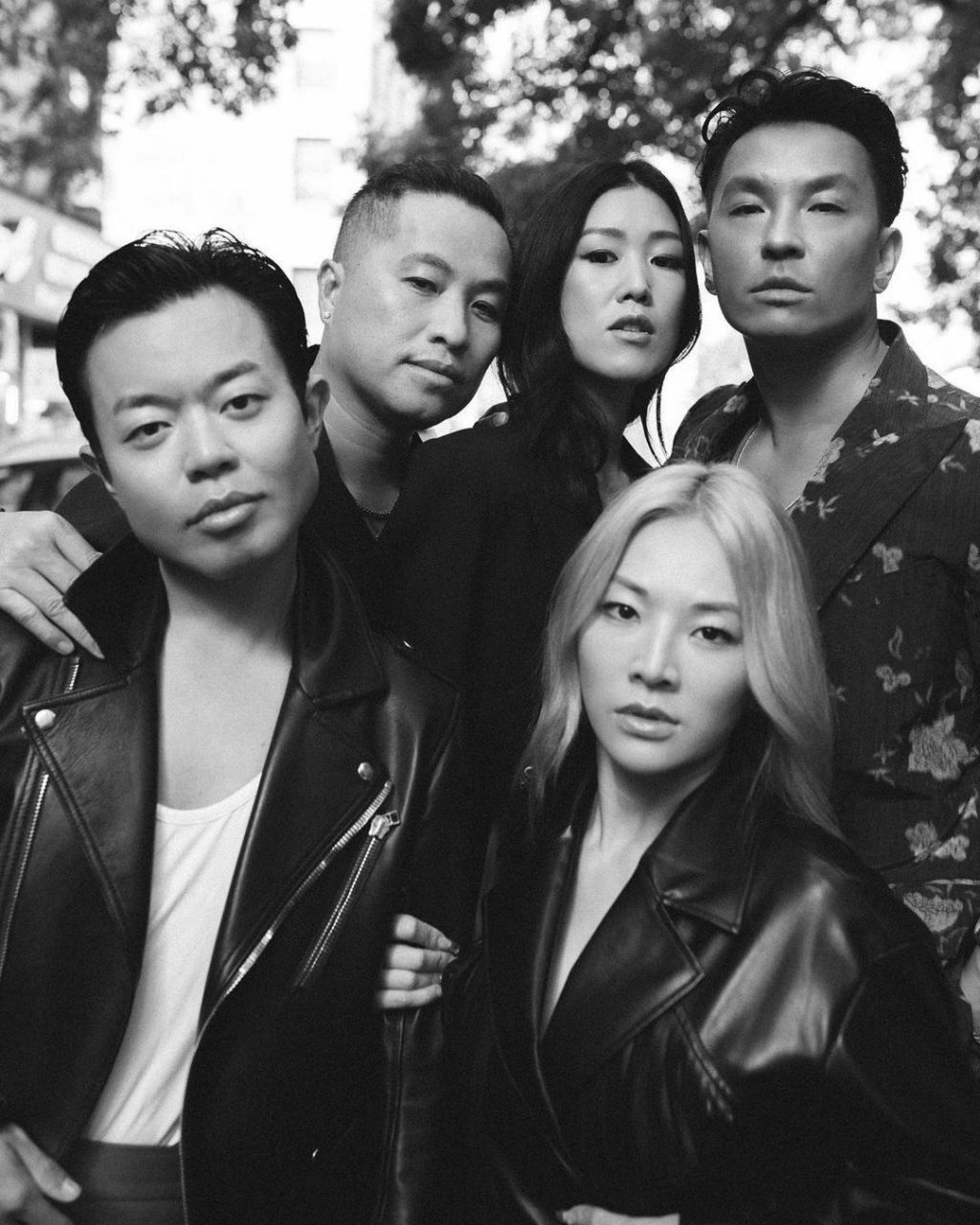 To outsiders, Prabal Gurung’s career might look like the quintessential American dream story. But the designer opened up Monday night about the great intention that has gone into it.

During a Q&A with Fern Mallis at the 92Y, Gurung detailed his upbringing in Nepal and the decision to give fashion a go — studying in India and then in New York City. An activist on and off the runway, Gurung emphasized multiple times the need to give visibility to the unseen. “All of us, in some way or the other, know how it feels to be other-ed. For me, as an immigrant, a queer man of color, my existence and my visibility is something that I have to fight [for] constantly. There are so many people from minority groups that have been fighting for this and their struggles are even more. And women, the fight that they have to do every day. Their decision to do whatever they want to do is up-for-grabs,” he said.

The designer spoke highly of early supporters like Sarah Jessica Parker, Demi Moore and Oprah Winfrey. Gurung repeatedly referenced his mother, who raised him and his siblings after his parents divorced. Recalling a childhood that was bucolic, joyful and challenging, he spoke of being “constantly bullied” for being effeminate and for fighting back at the all-boys school he attended in Nepal. He said he often told his mother, “I see my worth. The world just needs to catch up with it.”

Gurung spoke of once being petrified when his mother walked in on him as a boy unexpectedly while he was applying makeup, only to say, “‘That’s not the way to wear that lipstick. Let me fix it for you,’” Gurung said, wiping away a few tears. (His mother now lives in his apartment building and they have breakfast daily and dinner weekly.) Michelle Obama was another supporter of his work and Gurung recalled how moved his mother was to meet her.

In Nepal, fashion design was considered a pursuit for “bored housewives,” so Gurung studied fashion in India and interned for Manish Arora. Asked why so few South Asian fashion designers haven’t succeeded in taking their brands global, Gurung said, “We sit here in the Western world thinking that the only definition of success is making it in America or in Europe. For a lot of people their homegrown place is enough. India is a big country and for a lot of them, that is enough…for the longest time, aesthetic-wise through our colonized lens, what we think is chic is always one way. As the world is opening up and getting [more] global through social media and technology, we’re exposed to the ideas of different cultures and aesthetics. I think it’s going to start to change.”

After a seven-year, travel-packed sabbatical prompted by a move to Australia for his first love, Gurung returned to Nepal, motivated by a few chance viewings of Oprah Winfrey’s talk show, he applied to Parsons and was accepted. After an internship at Donna Karan and his first job at Cynthia Rowley, he joined Bill Blass as a design assistant a year after the namesake designer’s death in 2003. Describing the meticulousness that the company’s top-shelf European-trained seamstresses used, Gurung said he saved a lot of old patterns (and Blass’ Rolodex) when the company was sold a handful of years later. Uncertain if Blass’ archives still exist, Gurung said, “I wish I owned that company.”

The generosity of friends helped Gurung to stage his first presentation. Having been in business for more than a decade, Gurung spoke of how he has always believed in “the matriarchal energy. Look at the world we’re living in now. At the hands of patriarchy, we’re left with climate crisis, economic crisis, human crisis, xenophobia, police brutality — the list goes on and on. Growing up we were taught to celebrate ruthless ambition, money at any cost…any idea that challenges those notions were considered girlish, weak…cut to now. The conversation we’re having or we should be having is about sustainability, vulnerability, accountability, visibility, inclusivity, so on and so forth,” he said, noting that “femininity, feminine-leading ideas and people are what is going to save us. This encompasses a Prabal Gurung woman, man, person or world.”

After a career-changing WWD cover, Gurung also caught the attention of Moore, who tweeted about the designer as one to watch, his tweet of thanks immediately garnered hundreds of followers. That made him realize the power of social media and “for the longest time” he handled all of it himself. “It’s changed my life,” Gurung said.

During the pandemic, the designer took a vocal role in the Stop Asian Hate movement. “If you’re a person of color, your invisibility is real. When the Asian hate attacks were happening, a lot of people didn’t believe it in the beginning. It hit home very hard. They looked like my grandparents, my mother, my sisters, my brothers. I thought, ‘What is [having] all this access and followers for, if I can’t talk about it?’ The media was not covering it in the beginning and we had to be in the forefront.”

With fellow designers like Phillip Lim and Laura Kim, Gurung spoke out publicly against what was happening. “It’s important that we did. Let’s face it, even in our industry, when the people in power talk about diversity and inclusivity, often we are ignored completely,” he said. “It became our responsibility. Our forefathers had come here to America to make a living so that they could give us the privilege and the access. Now that we had the privilege and access, we needed to speak up as a sign of respect to them. That’s why we started to speak up, because if not us, who [would?]”

Gurung also spoke passionately about the foundation that he started in Nepal to help victims of the 2015 earthquake. The designer has also entwined feminism and all-inclusive patriotism into his collections, runway shows and messaging. All in all, it is very important for the designer to take a stance in what he supports, what he shows, what he does and the choices he makes have to reflect who he is as a person. “You have to understand that America has a ripple effect for what happens around the world. I’ve lived in different countries so I know that. I hold America in the highest regard,” he said. (To that end, Gurung bowed out of staging a New York Fashion Week show at Hudson Yards, due to developer Stephen Ross’ supporting Donald Trump’s 2019 re-election campaign with a fundraiser.)

After a potential investor questioned Gurung in a meeting about his plans to celebrate diverse people, who are never represented in American style, saying, “‘You don’t look American. How are you going to define America?’” Gurung said. “I said to him, ‘You mean to say that I don’t look white. I want you to know this — I’m an American citizen. I came as an immigrant with a dream. I became a citizen. I started my business on unemployment. I make 90 percent of my clothes in America. I’m actively involved. I pay my taxes but that’s still not enough for you.’”

That made him use his visibility and platform to examine what does America look like in his “Who Gets to Be American?” collection. “America to me is an idea, not a person, not a country,” he said to applause.

More recently Gurung has banded together with Lim, Kim, Ezra J. William and Tina Leung in the new digital comic book series “House of Slay.” “House of Slay is a place for everyone. It is a safe, inclusive space,” he said. “It is built on this idea that while individually we can create noise, collectively we can start a revolution. The first step to building a community of revolutionaries is to align yourself with people with intention, integrity and purpose, who believe that the world is better when it’s colorful.”