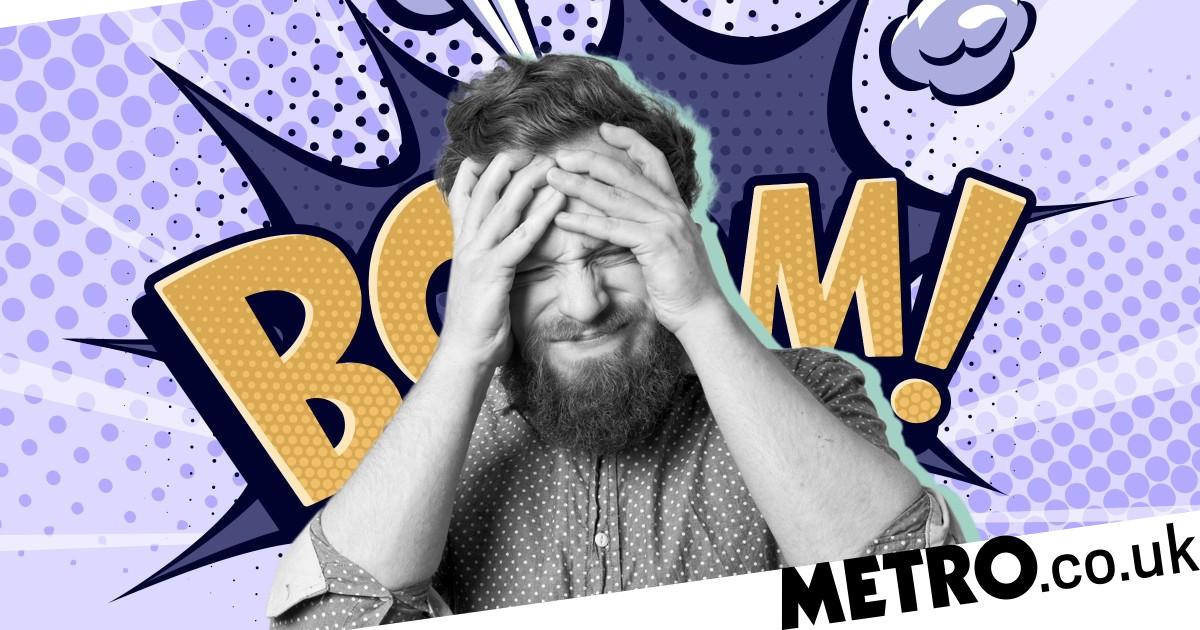 Ever wondered why some people are able to stay serene and above it all, while others (perhaps you?) blow up at the slightest upset?

While we’d like to remain calm at all times, many of us find we’re the type with a short fuse, prone to kicking off and lashing out the moment a glimmer of anger arises.

Usually what follows is regret.

Why did we shout things we don’t mean? Did we have to get all red in the face? Why were we so bothered?

So let’s tackle this. If you’re someone with a bad temper, is that just who you are? Is there anything you can do to lengthen a short fuse?

For Better Living, we asked the experts.

Why do some people have a bad temper?

Few of us consciously choose to react with rage. Our tendency to do this can be down to a bunch of factors.

‘Sometimes it can be a temporary thing, to do with being hungry (low blood sugar levels) or perhaps a hormone imbalance, or a current life situation such as money worries,’ explains psychotherapist Lucy Beresford. ‘And for some people it can be learned behaviour, having witnessed a parent with poor self-control when it came to expressing themselves.’

Dee Johnson, a psychotherapist at The Priory Hospital Chelmsford, notes that having a bad temper is just like many other facets of who we are, in that it’s a learned pattern. Anger is often a way to channel other, harder emotions, like fear, anxiety, pain, and shame.

‘The roots of anger will invariably lie deep within a source of underlying feelings that have not been resolved, accepted, or let go,’ Dee tells Metro.co.uk. ‘It’s important to remember that this can be a learned response, either from your childhood or adult environment – and it can give a perverse sense of self soothing as it’s an outlet/release of what’s going on internally.

‘It can also give a sense of power and control and becomes a comfortable or acceptable way to be.

‘For some people if they have been normalised to this or have not found another way to manage difficult, and ongoing emotions when there is a provocation, the opportunity to release both a present and pent up past stuff will often present very quickly as an anger explosion.’

Is having a bad temper a bad thing?

Okay, so that learned response thing we just mentioned. If you’re treated as though your enraged reactions are acceptable, you’ll likely continue this pattern.

So why do we accept and even encourage bad tempers – whether by giving in to demands or spinning an angry man as ‘powerful’ or ‘strong’? Is having a short fuse always a bad thing?

Short answer: it’s not a great way to be, for yourself or other people.

Lucy says: ‘Ideally in life it is better to respond rather than to react. A short fuse is often a sign of being unable to contain or process emotion.

‘The impact of this can affect job prospects, intimate relationships, and also runs the risk of unpleasant incidents out in the world when the angry person encounters strangers who are unlikely to be sympathetic.’

Dee adds: ‘Bad-tempered people are more likely to end up in confrontational situations, which will quickly escalate. It leads to relational and interpersonal issues as angry people can be avoided over time, not trusted, feared and disrespected – ironically, this probably adding to that person’s anger.’

The bottom line is that an always-angry person is not someone who’s content, calm, and dealing with their emotions in the healthiest way.

All that anger can have an impact on your body, too – Dee notes that the detrimental effects of excess anger include heart issues, increased blood pressure, neck pain, teeth clenching, and digestive issues, thanks to the way rage pumps stress hormones throughout your body.

Can you change a bad temper?

How to fix a bad temper

Let’s break this down into two sections – how to reduce anger in the moment and how to tackle a bad temper long-term.

How to handle anger in the moment

‘It’s very much about catching yourself in the moment and taking a big deep breath,’ advises Lucy. ‘Step away physically from the situation if you can; maybe take a walk, or count down from a hundred backwards in sevens, something to take your mind of your situation and decompress.’

‘Anger is physical, so focussing on how your body responds is really important,’ agrees Dee. ‘Unclench hands and teeth, sit down, breath more slowly through your nose and exhale through your mouth.

‘Be aware of the speed and volume of your voice – all these actions tell your brain to calm down and take a bit of control, helping to shut down the stress hormones in that moment.

‘If you can walk away – do it! Pretend you need the loo or have to make a call.’

How to tackle a bad temper long-term

This will take some time and work.

Lucy explains: ‘Having professional support to explore the root cause of anger issues is really beneficial.

‘Whether it’s discovering that it’s a family coping mechanism, or whether the anger in the present is about buried rage from the past, it can help to explore this in a safe environment so that you can leave the pain of the past behind.’

Professional help might look like exploring the root of anger issues, along with CBT to learn healthier coping behaviours.

‘Keeping a note of when you lost your temper and thinking about how you could have handled it in a less aggressive way can be helpful. Evaluation is how we embed learning and change.

‘Practise relaxation techniques and take time to make sure you have things in your life that bring you joy and creativity.

‘Even consider finding support groups where you can help each other – it is a very common issue.

‘Speak to your GP to ensure there are no underlying physical health causes as well.

‘Use kinder and more respectful language to yourself and others and find daily things to be grateful for. Notice when something made you smile.

‘When we are in a permanent state of feeling bitter or negative, self-pity and resentment becomes our general “modus operandi” and a quick temper can be the result. So, why not try to do a 180 on your general behaviour?’


MORE : How to take the perfect nap – tips from an expert on getting better sleep


MORE : Is time-blocking the secret trick to stay focused and get more done?


MORE : How to actually improve your memory