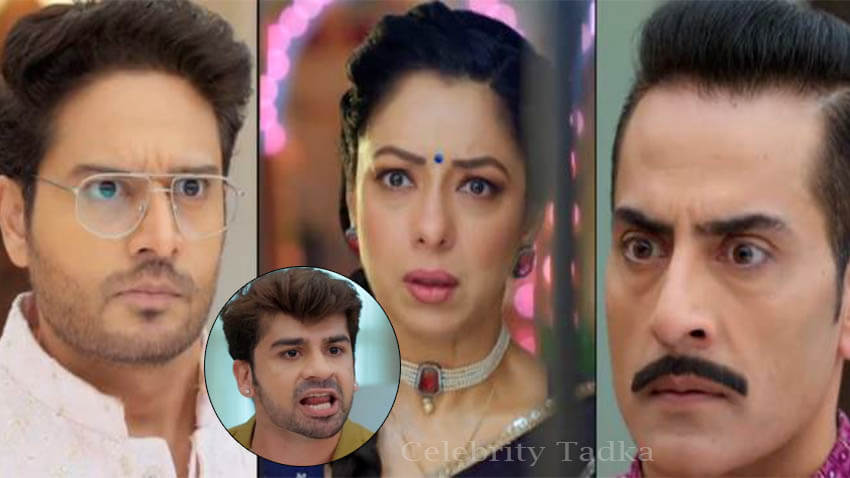 Star Plus show Anupamaa starring Rupali Ganguly, Sudhanshu Pandey, Madalsa Sharma, Gaurav Khanna in pivotal roles, has been making lot of headlines with it’s ongoing storyline. The current track of the show revolves around Anupama leaving Shah house and getting her own house on rent. Anuj, GK, Bapuji, Kinjal and others attends Dilwali puja at Anupama’s new house while Baa, Vanraj and Kavya stays at Shah house. Baa gets angry as entire family goes to Anupama’s house for Diwali puja.

Meanwhile, Dolly visits Shah residence along with her husband and lashes out at Baa & Vanraj for insulting Anupama and taking her share of property. Vanraj get furious and reminds Dolly how he helped her in past from her studies to everything. He asks Dolly to repay the things he had done for her in past. Dolly signs the house papers and warns them that their worst times have begun and they will face the brunt of it.

On the other hand, Family enjoys Diwali celebration at Anupama’s new house after Puja while Anupama misses Baa and Paritosh (Toshu) who doesn’t attend the puja. In the upcoming episode, Toshu will create a scene at Anupama’s new house and insult her. Toshu even claims that Anupama moved out from Nani’s house in order to live with Anuj Kapadia. Hearing this, Anupama gets furious and slaps Toshu.

After learning the accusation made by Paritosh, Anuj visits Shah residence and tells Baa, Vanraj and Kavya to not insult Anupama. Vanraj fumes in anger and asks Anuj to reveal the truth that he still loves Anupamaa. Anuj furiously confesses that he love Anupama since 26 years and still does. Anupamaa overhears Anuj’s love confession and get shocked.

Will Anuj’s Love Confession for Anupama will Change his equation with her?