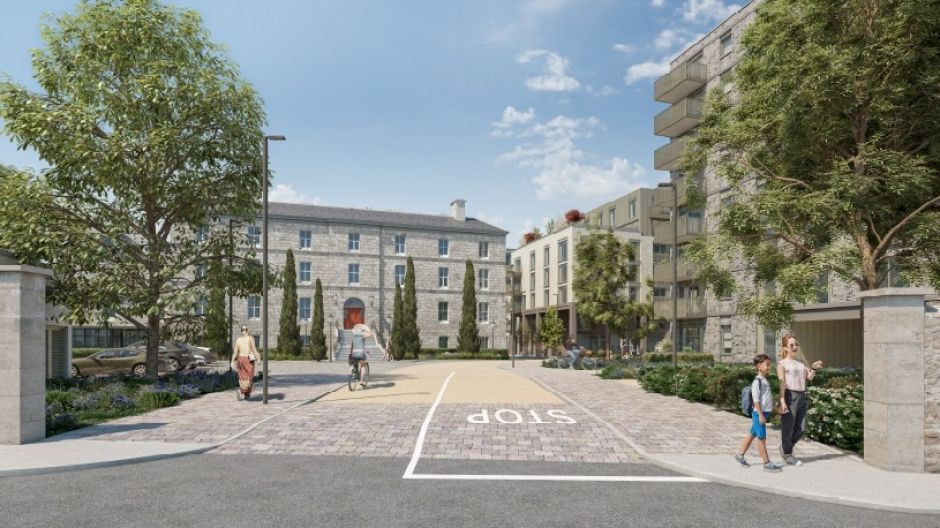 An Bord Pleanála has granted planning permission for plans for a 667 apartment scheme for Milltown Park southeast of Ranelagh village in Dublin.

The decision is one of three Strategic Housing Development (SHD) rulings where the appeals board has granted ‘fast track’ planning permission for a total of 1,097 apartments in north and south Dublin across three separate contentious developments.

The board has granted planning permission to Savona Ltd for a €52 million six-storey 131-unit ‘build to rent’ apartment scheme for Redcourt, Seafield Road East Clontarf, despite 350 objections lodged against the scheme. Local TD, Seán Haughey was among those opposing the development.

In a third decision, An Bord Pleanála has granted planning permission to Clonkeen Investments DAC for the construction of 299 apartments, including 60 duplex apartments, on lands adjoining Clonkeen College on Clonkeen Road in Blackrock, Co Dublin.

More than 90 objections were lodged against the Clonkeen proposal, with Dun Laoghaire Rathdown County Council planners recommending refusal to An Bord Pleanála on four separate grounds.

On the Milltown Park scheme, which includes a 10-storey ‘landmark’ apartment block at Sandford Road, Dublin 6, the appeals board granted permission in the face of more than 165 objections.

In 2019, Ardstone Capital paid €65 million for the 10-acre site on former Jesuit lands at Milltown Park on Sandford Road, beside Gonzaga College.

The appeals board granted planning permission to Ardstone Capital subsidiary Sandford Living Ltd after concluding that the scheme would constitute an acceptable quantum and density of development in this accessible urban location, would not seriously injure the residential or visual amenities of the area and would be acceptable in terms of height and urban design.

The scheme materially contravened the Dublin City Council Development Plan in relation to height but the appeals board found planning permission was justified as the application site has the potential to  contribute to the Government’s achievement to increase delivery of housing from its current under-supply.

The height of the scheme reaches to 32 metres while the development plan permits only buildings 16 metres in height at ‘outer city’ locations.

The original 671-apartment scheme was comprised of up of 604 ‘build to rent’ and 67 ‘build to sell’ units across eight apartment blocks , but the board reduced the scheme by four units in its permission.

Dublin Bay South TDs, Ivana Bacik, Jim O’Callaghan, Chris Andrews, along with a number of members of Dublin City Council, voiced their support of locals’ opposition against the scheme.

Planners at Dublin City Council had recommended that planning permission be granted.

On Wednesday, Cllr Dermot Lacey (Lab) said he was very disappointed at An Bord Pleanála’s position on the City Development Plan, which he claimed ignored “the wishes of the elected council and local community”.