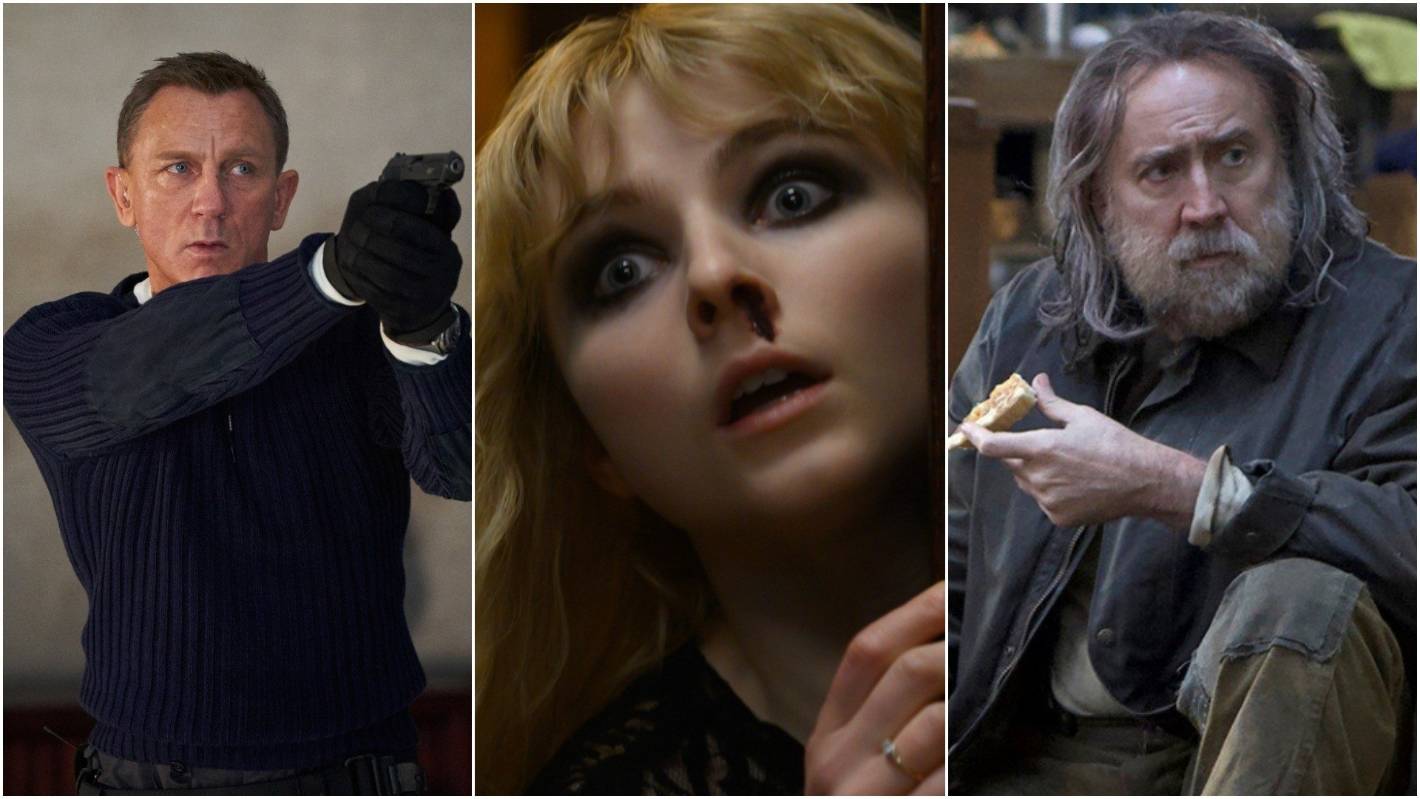 It has been more than 100 days since those in our largest city were able to step foot in a cinema.

When movie theatres were forced to close their doors on the evening of Tuesday, August 17, the blockbusting trio of Free Guy, Suicide Squad and Jungle Cruise topped the New Zealand box office, Kiwi thriller Coming Home in the Dark had just opened, and audiences were looking forward to Jennifer Hudson​ playing Aretha Franklin in Respect as well as the mysterious Hugh Jackman-starring sci-fi romance Reminscience opening later in the week.

Tomorrow, Aucklanders will be able to rejoin the cinema-going conversation (Monterey Cinemas in Howick and Takapuna have screenings of two of the biggest flicks at 12.07am and 12.15am on Friday morning for those who can’t wait), albeit with limits on numbers still in place.

While some of the more than 30 titles that have been released to the rest of the country over the last three-and-a-half months are now available on streaming services (The Power of the Dog, Annette, Shang-Chi), those desperate for an in-theatre experience will have a wealth of options to choose from.

After looking at the reopening day line-ups, Stuff to Watch has come up with a list of 10 films Aucklanders should prioritise (or simply binge-watch) while getting out and supporting the city’s cinemas.

Marc-Andre Leclerc​ is the extreme climber who even left Free Solo’s Alex Honnold​ in awe. The young Canadian lives an almost off-the-grid, nomadic lifestyle, while attempting some of the world’s most difficult vertical ascents.

Clearly a labour of love for film-makers Peter Mortimer​ and Nick Rosen​, The Alpinist documents what a challenging documentary it was to make. Not only is there some breathtaking vertiginous footage, but keeping up with Leclerc was very much a frustrating, full-time occupation.

What do you do when the subject of your movie disappears for months without telling you where he is and won’t answer your calls, even though you gave him a cellphone for that very purpose?

While perhaps a more cautionary tale than Free Solo, this will leave you equally, if not more, awestruck (and decidedly anxious) by Leclerc’s exploits. – James Croot

This documentary was shot and recorded in the days leading up to the 2019 iteration of Haifa’s annual three-day showcase of Arabic and regional food – the A-Sham Festival. And it is just about my favourite documentary of 2021 so far.

The film is a celebration of food and the skill, knowledge and passion it takes to make food wonderful.

But it is also a vision of the way the world is supposed to work. Someone offers up the opinion that the United Nations would be a lot more effective if it asked the chefs in the kitchens to do the talking and left the politicians to clean the pots. After watching Breaking Bread, it’s hard not to agree.

This is a joyous film – with some mouth-watering-looking food as a bonus. – Graeme Tuckett

Picking a side in Dune isn’t hard. Compressing novelist Frank Herbert’s sprawling storytelling into anything watchable and propulsive is.

But Denis Villeneuve​ has succeeded. Working from a script co-written with veterans Jon Spaihts​ and Eric Roth​, Villeneuve’s vision of Dune simply gets everything right. The look of the film is exactly what a fan might have hoped for. The effects – digital and in-camera – are convincing and appropriately astonishing. And Villeneuve has set the story in motion at exactly the right pace. There is grandeur and pomp here, and a sense of mighty political foes manoeuvring their way around each other, but Dune is never anything less than nimble at getting across the screen.

Villeneuve has made Dune into something accessible and human, while retaining and celebrating the epic scale of the source. It is a stunning achievement. Go and see it on the biggest screen in town. – Graeme Tuckett

Despite the title and its country of origin, this is not a prequel or sequel to 2015’s Rams.

It’s a kind of bleak, black version of Stuart Little, and debutant director Valdimar Johannsson​ does a magnificent job of seamlessly integrating the fantastical elements into what is essentially a domestic drama, and drawing the viewer into the story mainly by placing much of the action just outside the frame.

Rocking a series of impressive woollen knit jumpers, Noomi Rapace​ delivers a truly heartfelt performance as a mother determined to hang onto her new charge by whatever means necessary. – James Croot

Don’t let the presence of 2020’s “Queen”, Anya Taylor-Joy​, fool you. This is the Thomasin McKenzie​ show(case) – and she grabs the opportunity with both hands.

Apparently inspired by Don’t Look Now and Repulsion, writer-director Edgar Wright’s time-spanning “dark valentine to London” evokes memories of various Hammer horrors, The Neon Demon and Somewhere in Time, while also having the feel of a Doctor Who or Sapphire and Steel story.

Strip away all the timey-wimey and vaguely supernatural guff, though, and what you’re left with is a psychological horror that should also truly resonate with a modern audience.

Like Promising Young Woman, this is an excoriating look at toxic masculinity, which, while possessing a very different sensibility, still manages to deliver some shocking surprises among its terrifying twists and turns. – James Croot

The Leonardo – Da Vinci – of the title is a pretty unassuming wee daub on a walnut slab that goes by the name of Salvator Mundi. It is a portrait of Jesus, holding a crystal globe and wearing a cheeky little off-the-shoulder number in a fetching shade of blue.

It was believed to have been lost in a fire in 1603. What was initially thought to be a badly damaged, unsigned copy was discovered in New Orleans and sold at a 2005 auction for $1200. After some investigation and restoration, 12 years later it fetched US$450 million.

The Lost Leonardo plays like a startlingly unlikely thriller, with Russian oligarchs, feuding critics, Saudi Arabia’s Mohammed Bin Salman​, French President Emmanuel Macron​ and a cast of dozens, all drawn from the shadowy worlds of the obscenely wealthy and their hangers-on.

Go see this, before some bloody fool tries to turn it into a Hollywood movie. – Graeme Tuckett

No Time to Die

This is the crowd-pleasing, generation-spanning, thrilling rollercoaster ride of a cinematic spectacle that might just persuade and remind those who can of what a trip to a movie theatre can deliver in terms of bang for your entertainment buck.

All of the assets that have served the near 60-year-old James Bond franchise so well are present and correct. There are multiple cool cars, exhilarating chase sequences, a variety of gorgeous-looking global locations, smart suits, jaw-dropping evening wear and gadgets-a-go-go.

But you also have to remember that since 2006’s Casino Royale, this Commander Bond has been different.

No Time to Die feels like the culmination of a five-episode journey of self-discovery and reflection for our hero, with the result that there are moments here where he’s magnanimous, considerate and no longer insistent on working alone. No doubt those are all elements that won’t please Bond purists. – James Croot

Celine Sciamma’s​ follow-up to Portrait of a Lady on Fire is a joy from first frame to last.

Over a lean 72 minutes, it unfolds as a deft and compassionate meditation on time, parenthood, mortality and – especially – on those porous spaces and events when childhood seems to fold in on itself and become something that will indelibly mark itself on the adult.

This is also a film that dabbles in time travel and parallel universes. It does it in such a warmly observational and matter-of-fact way that you’ll barely notice Petite Maman has at least one foot in the world of Arrival, Donnie Darko and The Child in Time.

In the truest meaning of the word, this is a wonderful movie – one of the year’s very best. – Graeme Tuckett

Like the John Wick series, it exists in a parallel world that is nearly but not quite our own. And although it follows the superficial structure of an action film, by the time Nicolas Cage’s Robin meets and confronts the villain of the story, it is only to acknowledge that the two men are practically mirrors of each other, each holding the key to the other’s peace.

Adam Arkin​ and Alex Wolff​ are both fine in support, but Pig belongs to Cage. Like a bear driven out of his cave, Cage dominates every pixel of this film with a shaggy intensity of purpose that I can’t imagine any other actor quite making work.

At once a visceral body horror that David Cronenberg​ would be proud of and a thriller that echoes the events depicted in one of the best documentaries of the past decade, this is a stunning, absorbing assault on the senses that is both challenging and richly rewarding.

Building on the provocative, evocative, female-led storytelling that made Julia Ducournau’s​ 2016 feature debut Raw such a striking slice of contemporary horror, Titane offers a twisty-turny, genre- and gender-bending narrative that isn’t for the faint-hearted or the easily offended, but is most certainly not a movie you will easily forget.

For the second time in a row, the Cannes jury have been absolutely on the money with their Palme d’Or choice (the last one was a little South Korean movie called Parasite). – James Croot