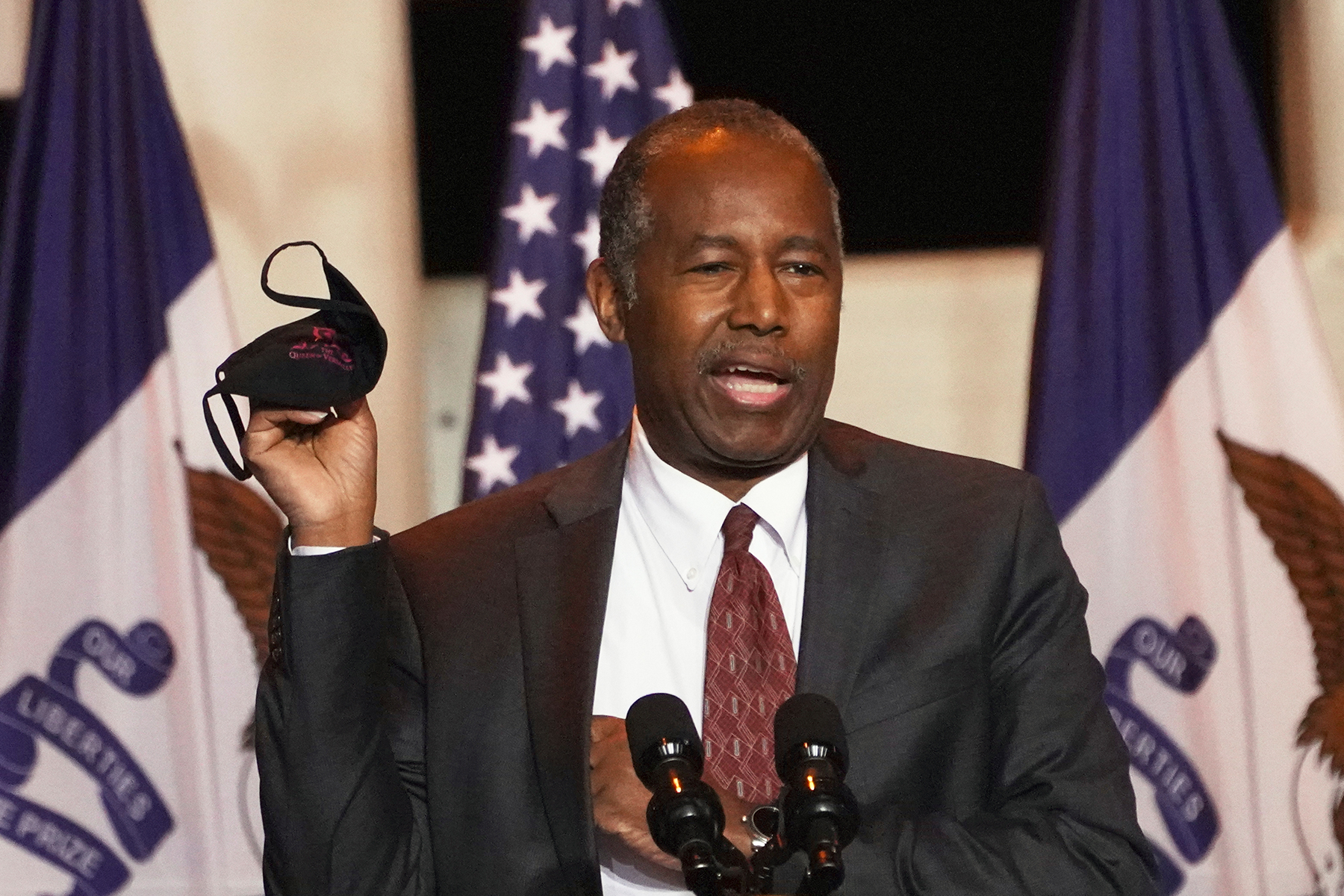 Dr. Ben Carson, who previously claimed that asymptomatic people shouldn’t be tested for Covid even though they can still spread the virus, appeared on Fox News on Monday to take his absurd testing stance a step further.

“It’s quite clear the tests are not going to arrive in time,” he said of the White House working to make sure more tests are available. “But maybe that’s not such a bad thing, because the more tests you have the more positive people you’re going to have.”

Once again, this man is a doctor.

“If you don’t have a good plan on what to do with those positive people, it just adds more to the confusion,” Carson, a neurosurgeon, continued. “Are we going to be afraid of [the Omicron variant], or are we going to hunker down and hide from it, or use the knowledge that we have in order to live effectively with it?” he added

Dr. Ben Carson argued that it might not be “such a bad thing” that Covid tests are arriving late because “the more tests you have, the more positive people you’re going to have.” pic.twitter.com/9qBSt6msLf

Carson then said the country should be “focusing on therapeutics,” which are currently in short supply thanks to unprecedented case numbers across the country. Also in short supply are health care providers as doctors and nurses experience burnout, mental health issues, and catch Covid themselves. And we still haven’t reached Omicron’s predicted peak.

Anchor Martha MacCallum gave Carson an opportunity to clarify his remarks about testing because, yikes!

“We need to be more measured in who we’re testing,” Carson said. “To just go out widely and test everybody when you have a virus that is spreading this fast and you don’t have a plan to deal with it, all you’re doing is adding to the confusion.” But, he conceded, we should test people who “have high risk” or who interact with “people who have high risk.”

“Let’s not be just indiscriminately testing people and then throwing up our hands when we have so many people who are positive and not knowing what to do with them,” Carson concluded.

Carson’s comments are part of a narrative embraced by Fox News, Donald Trump (who infamously ordered staff to “slow the testing down”), and anti-vax conservatives who are willing to sacrifice American lives on the altar of the economy. “Go to work,” and “live with Covid,” Fox & Friends anchors told viewers last week while broadcasting from separate studios instead of their usual couch, part of the network’s policies to… prevent the spread of Covid. Sen. Rand Paul (R-Ky.) even suggested on Fox News last week Omicron is good, calling it “nature’s vaccine.”

Network favorite and Florida Governor Ron DeSantis downplayed the need for testing last week. “Now think about it,” he said. “Before Covid did anyone go out and seek testing to determine if they were sick? It’s usually you feel like you’re sick and you get tested to determine what you maybe have come down with.”

“Think about it. Before COVID, did anyone go out and seek testing to determine if they were sick?” @GovRonDeSantis today pic.twitter.com/uPQFwQRJwN

Of course, it’s a ridiculous argument. Cancer screenings and STI screenings, just to name a couple of examples, are often performed when people feel perfectly fine. Anti-science messaging like what’s being broadcast on Fox News and across right-wing America are dangerous and only serve to undermine recommendations from experts, especially doctors who, unlike Carson, specialize in infectious disease and epidemiology.