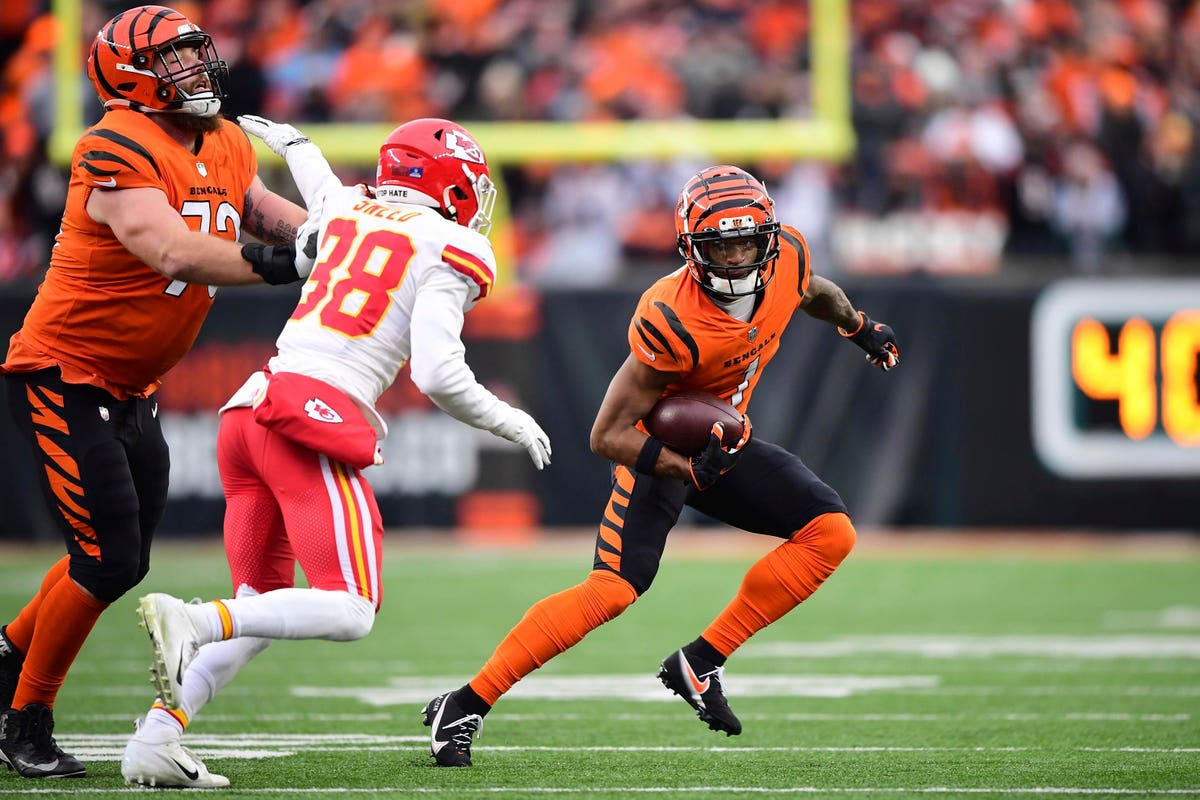 Bet a little. Win a lot. That’s what many bettors shoot for when betting parlays. One bettor on FanDuel Sportsbook was celebrating the New Year a little more over the holiday weekend.

FanDuel Sportsbook reported that a customer hit a 14-team moneyline parlay and turned $100 into $102,952.

We highlighted the Bengals projected high-scoring win in a Week 17 preview, and the FanDuel bettor included Cincinnati as one of his three underdog moneyline plays along with the Las Vegas Raiders and Arizona Cardinals.

Those three teams were the only underdogs to win outright on Sunday. The Pittsburgh Steelers closed a 1-point favorite on Monday Night Football after opening as a 3-point underdog. But the Bengals win over the Chiefs eliminated the Browns from playoff contention, and thus motivation became an issue as money showed on the Steelers.

The FanDuel bettor had Pittsburgh (as an underdog) when the bet was made, and the Steelers victory secured his $102,952.60 win as the last leg of a 14-team moneyline parlay.

Only the Packers have secured their playoff position as the NFC’s No. 1 seed heading into Week 18. The playoff picture will be sorted out starting on Saturday, Jan. 8 with two games.

The Chiefs odds to win the Super Bowl are now +500 and just behind the Packers (+380). Prop betting will continue to generate more interest and handle for the sportsbooks heading into the playoffs. And the biggest bet game and prop bet event of the year is Super Bowl LVI on Sunday, Feb. 13, 2022 at SoFi Stadium in  Inglewood, CA.

FanDuel Sportsbook NFL Week 18 odds show the Chiefs and Cowboys prohibitive road favorites. So are the Colts and Titans, who can secure the AFC’s No. 1 seed with a win at Houston.

The Bengals, Bills and Patriots have also secured a playoff spot in the AFC, but their position is still to be determined. The Colts are in the playoffs with a win over the Jaguars.

The Packers, Rams, Buccaneers, Cowboys and Cardinals are also in the playoffs as the higher seeds in the NFC. The Eagles are in as well and will be either the No. 6 or 7 seed.

The late games Sunday, Jan. 9 will determine the final playoff spots. The 49ers need a win over the Rams or a loss by the Saints to make the playoffs. A loss by San Francisco and a win by New Orleans sends the Saints into the playoffs.

The final regular season game is in Las Vegas Sunday night. The Chargers and Raiders will decide the final playoff spot with a play-in game on Sunday Night Football.

Be sure to monitor the injuries, COVID-19 list along with starters status as teams rest more players or give starters less playing time depending on playoff positioning and need. Those Saturday results will also impact playoff positioning and some of the games Sunday. The line on Green Bay suggests the Packers will rest more players or play starters limited minutes including QB Aaron Rodgers.

Due to the volatility surrounding Week 18 and more NFL games, betting won’t be as brisk as most weeks. But in-play betting will still be popular along with more halftime wagers. The biggest bet games are ahead during the NFL playoffs with the Super Bowl the biggest bet event of the year.

You can currently bet the Packers to beat the Chiefs at +1300 odds on FanDuel Sportsbook. Should Green Bay and Kansas City meet in the Super Bowl, it will likely generate the biggest handle and most prop bets in NFL history.

You can bet on it.