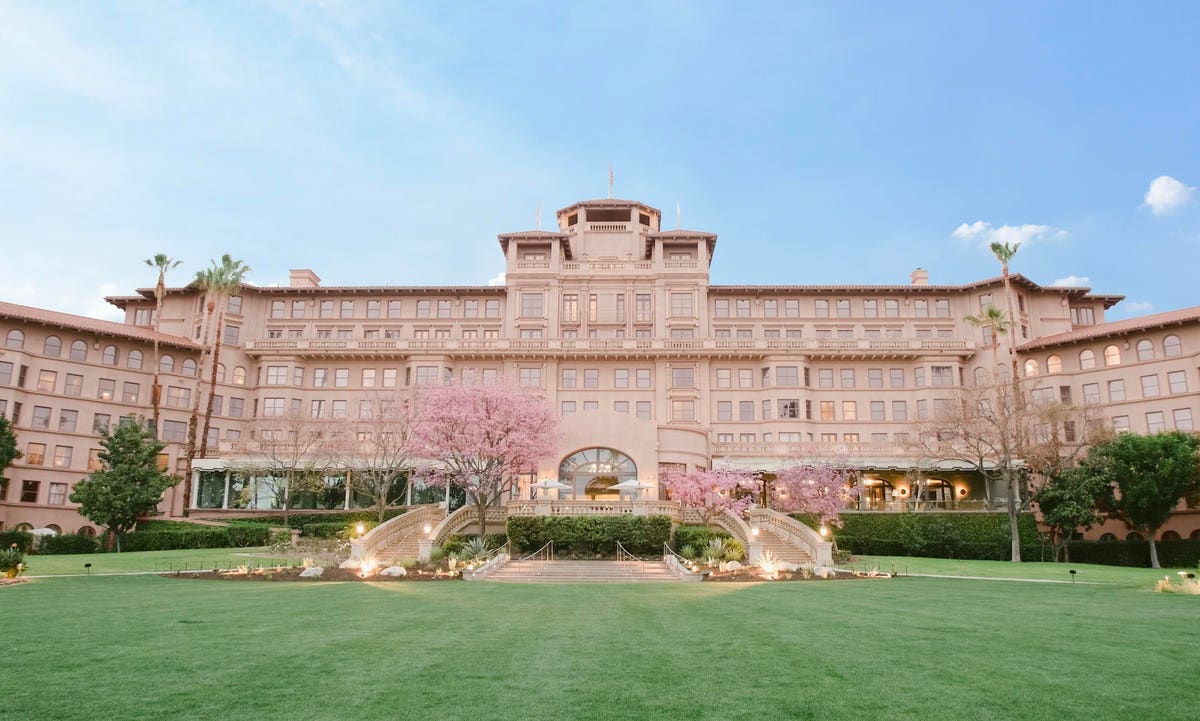 Much like New York, Los Angeles offers a diverse range of accommodations for the well-heeled traveler. There are boutique beach enclaves stretching from Malibu down to Venice, the sprawling, bombastic heritage resorts lining the shopping Mecca of Beverly Hills. You have sleek, high-rises towering over Sunset Boulevard in West Hollywood where revelers descend nightly, and the retro-inspired converted condos along shady streets of Hollywood. But if you’re looking for a one-of-a-kind luxury stay that feels well situated and yet miles away from it all, head east to experience the Langham Huntington, Pasadena.

Situated on 23 stately acres, the commanding, 500,000 square foot Langham makes quite a statement. Upon entering its winding driveway, past the mansions of Old Pasadena, you get the feeling you’re in for a treat before you step out of your car. Once whisked inside the pink and white marble lobby, complete with crystal chandeliers, sconces and a windowed wall looking out onto its courtyard gardens, it’s luxury at every turn.

With 379 rooms, three ballrooms, four restaurants, a full spa, gardens and a plethora of outdoor activities, the Langham is an all-encompassing resort that would be wonderful in the middle of nowhere – that the attractions of Los Angeles are just minutes away is a bonus.

The Langham’s past is as storied as its original woodwork and stained glass. The property opened in February 1907 as the Hotel Wentworth, though financial problems and a disappointing first season forced it to shutter. In 1911, railroad tycoon and art collector Henry Huntington purchased the property and renamed it the Huntington Hotel. Huntington hired Los Angeles architect Myron Hunt to redesign the main building and grounds. It reopened in 1914 as a winter resort, where celebrated writers, entertainers, and political leaders holed up in the cooler months.

The hotel’s reputation for service began with general manager and later owner Stephen W. Royce, who hosted formal dinner dances nightly in the Georgian Ballroom. By 1926 Royce opened the property year-round and added California’s first Olympic-sized swimming pool. The “golden years” ended with the stock market crash and the Great Depression of the late 1920s and early 1930s. However, by the end of the 1930s, the hotel was back on solid ground. When World War II began, the hotel was rented to the Army for $3,000 a month.

In 1954, Royce sold the Huntington Hotel hotel to the Sheraton Corporation, but in 1985 it closed due to its inability to meet earthquake structural standards. After a two-and-a-half year renovation, the hotel reopened in March 1991 as The Ritz-Carlton, Huntington Hotel. The Ritz-Carlton Company managed the property until January 2008, when Langham Hospitality Group purchased it and it became The Langham Huntington, Pasadena.

Since acquiring the property, Langham has invested millions into renovations and improvements, including The Royce steakhouse, The Tap Room bar, its Chuan Spa and the building of eight independent cottages. The hotel is also globally certified for its commitment and dedication to sustainability. Over 100 years later, the Langham Huntington, Pasadena embodies the casual, California elegance of today with the rich heritage of its past.